mag
Bigg Boss Balaji Murugadoss's winning moment at the Behindwoods Gold TV and Digital Awards was removed from the telecast due to its controversial speech.

The actor took social media to talk about the incident and revealed that he'll be returning the award.

Following fans request, the actor also revealed the content of his speech was about Behindwood's YouTube review which character assassinated some of the Bigg Boss contestants.

While many applauded Balaji Murugadoss's action of pointing out this issue at the award show, his fellow contestant Sanam Shetty slams him instead.

The actress pointed out that Balaji accuses others of character assassination, but did the same to her and several others during his participation in the show. Check out her post here: 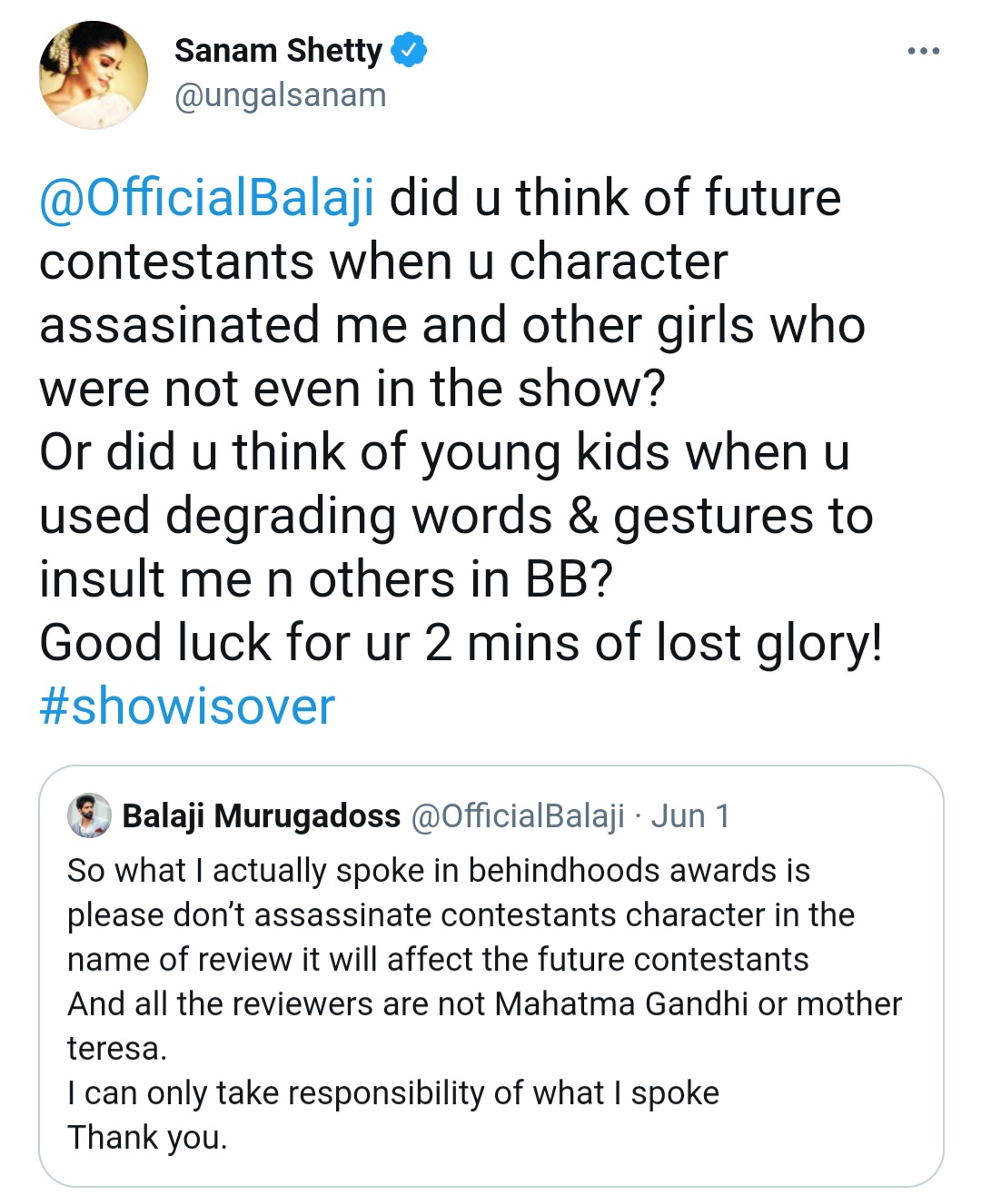