Siddharth: Received Over 500 Abuse & Death Threats In A Day

Actor Siddharth and his family are receiving constant rape and death threats for the past one day. Netizens are now showing their support to the actor by sharing #standwithsiddharth

mag
Siddharth is a highly ambitious actor known well for being outspoken and straightforward.

While the actor has a huge fan base for his impeccable acting skills, he also made enemies for questioning the government in matters related to the current Covid-19 crisis.

Among the issue that he raised on social media includes the unavailable of oxygen tanks and oxygen to common citizens. 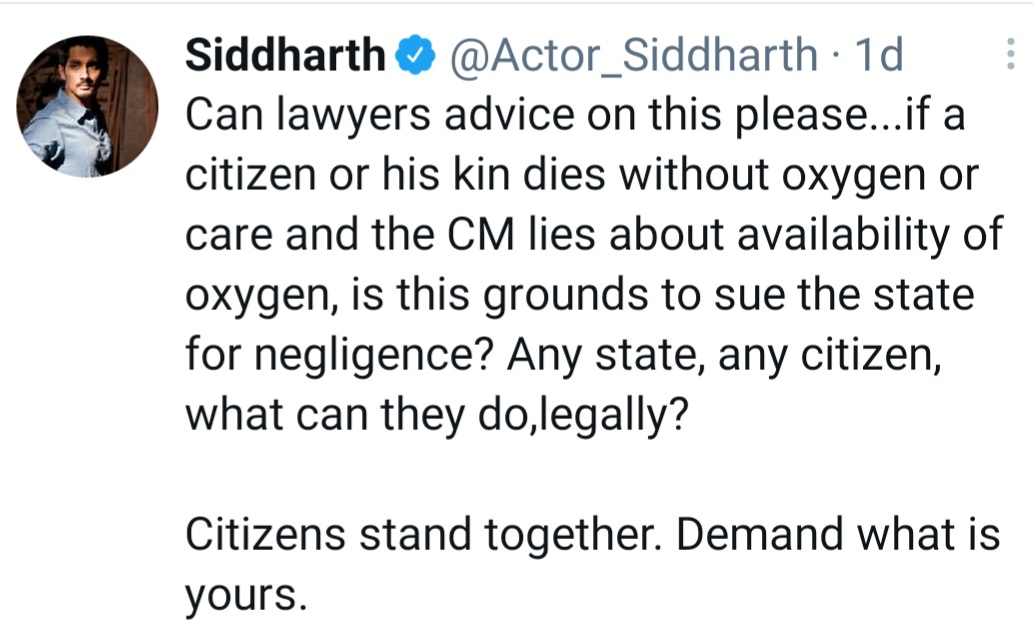 Now in a recent social media post, Siddharth has revealed that a group of people are circulating his personal contact number for voicing his opinion for the welfare of his citizens, and that he has received over 500 abuse, rape and death threats for him and his family in less than a day.

Following his post, netizens are taking social media to show their support to the actor and the hashtags #siddharth and #standwithsiddharth are trending online.