Singer Suchitra Reveals the Truth About Her Hotel Incident!

Singer Suchitra Reveals the Truth About Her Hotel Incident!

SIDAMBARAM, Kirthiga
Bigg Boss Tamil S4 hosted by Ulaganayagan Kamal Haasan has been the talk of the town over the last few weeks.

Similar to Archana's entry, another wildcard contestant is said to be joining the show soon. It's none other than the singer and RJ Suchitra.

It's believed that the singer is put under quarantine at a hotel she used to work as a chef. She even confirmed her stay at the hotel via an Instagram post.

According to Cine Ulagam, Suchitra tried to leave the hotel during her quarantine recently. She made a fuss claiming that someone is trying to kill her and was knocking her hotel room door constantly at around 11pm.

She left the room in shock and spent a few hours in the lobby. It was reported that the channel authorities tried to calm her down and arranged counselling for the singer.

Cine Ulagam further added that guests at the hotel lost their sleep because of the incident.

However, the singer has now confirmed that she is safe, happy and well taken care of. In her Instagram post, Suchitra assured everyone that she's not scared in her room or loitering outside. Check it out: 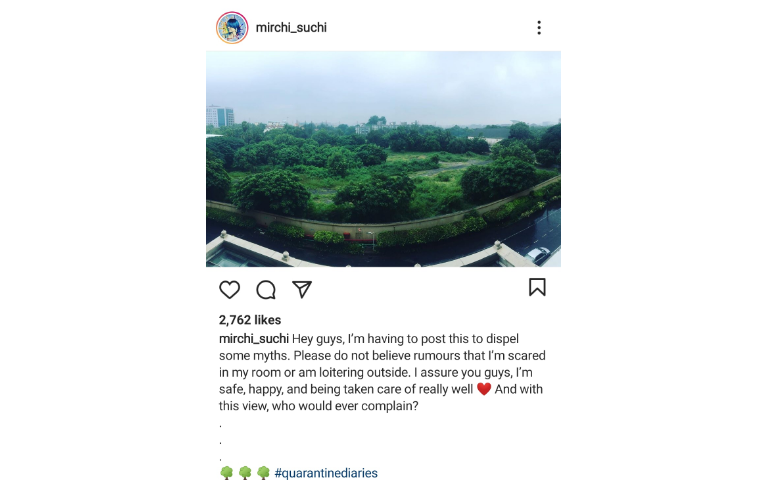