Sister Bhavana Trying To Save Bigg Boss Samyuktha From Elimination?

VJ Bhavana Attempts To Save Samyuktha From Bigg Boss Elimination!

mag
Bigg Boss S4 contestant Samyuktha who was criticized for her behaviour in the show has been nominated this week for elimination.

Even though Sam escaped the nomination list at first, she got unlucky when Anitha wins the topple card and swap her nomination with Sam to secure her position.

Now according to the unofficial voting, Samyuktha has gotten the least votes so far, followed by Nisha and Sanam who are currently in a vulnerable position.

Sam who was seen as a sweet person at first, lost her popularity once her real character surfaced. She was widely criticised for her rude behaviour on the show.

Recently, she even made degrading remarks toward Aari by saying his parents didn't raise him well.

However, later she denied making such statements and was strongly supported by Bala.
Now the viewers have posted evidence of Sam saying such things about Aari on social media:

A post shared by admin : sister and brother (@rasagula_quotes)

Following this, Samyuktha's friend VJ Bhavana, who is more like her sister has attempted to get her fans to vote and save Sam from the elimination this week. 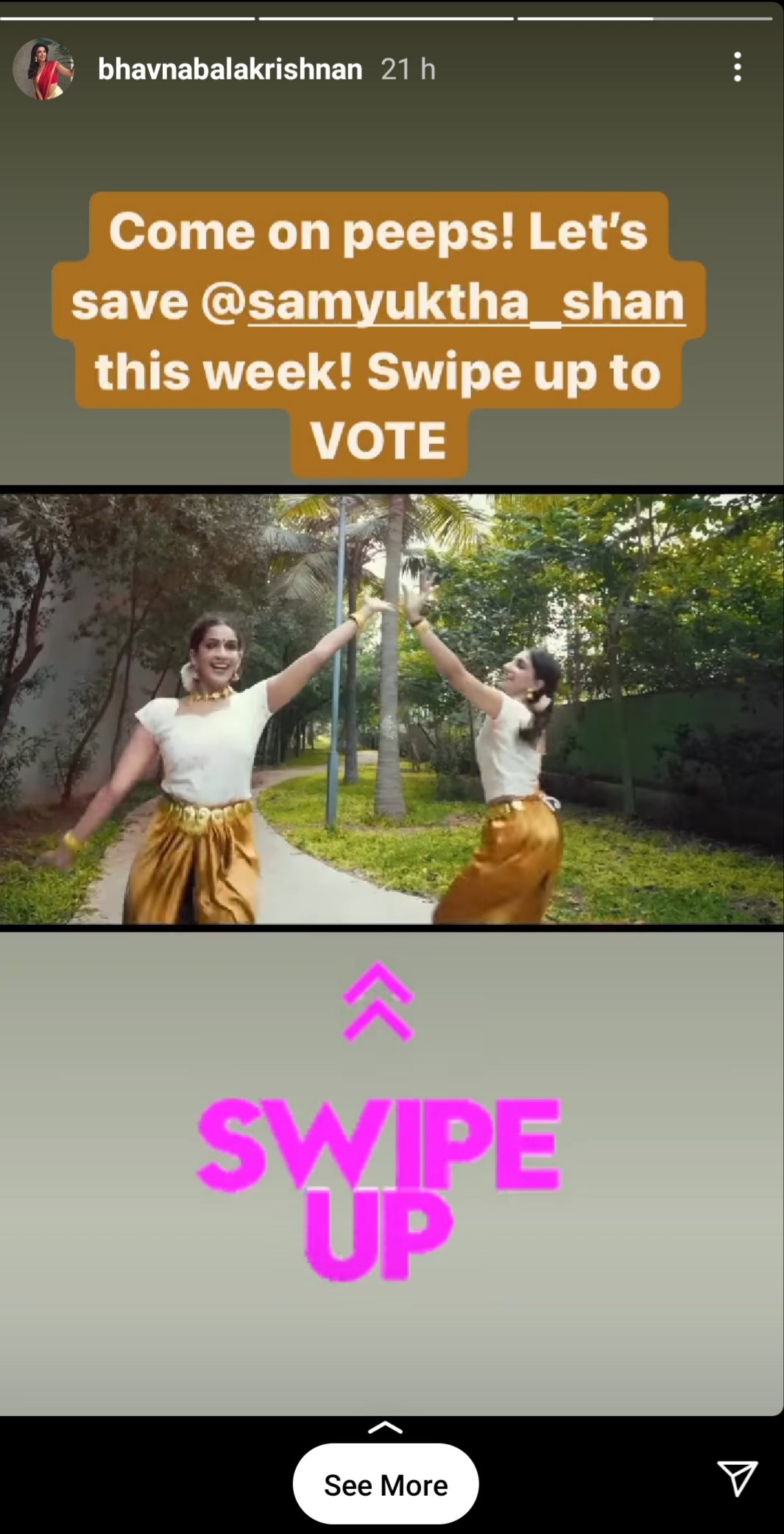