Ulaganayagan Kamal Haasan is a purveyor of many firsts in the Tamil movie industry.

Albeit his genius in everything that concerns filmmaking, and beyond, the actor can't help but be associated with blockbusters that are inspired by Hollywood flicks or other language foreign movies.

These are SIX Kamal movies that were either inspired by adapted from international movies:

This movie was a close adaptation of the original French film, whose titles means Sleepless Night. It tells of the challenges a police officer has to face in a single night to rescue his young son, who is being held by a drug lord demanding seized drugs if the child were to be returned safely. Kamal played Nalla, a deformed man who forms an unexpected bond with fellow passenger Aras (R. Madhavan), when they endure a lengthy journey spanning across a few days to Chennai. This tear-jerker was inspired by the 1987 movie about Neal who goes through a series of misadventures with goofy salesman Del, as they journey to their respective homes for Thanksgiving. The plot of both movies are similar. It tells the misadventures of a group of male friends whose trip to a friend's "all-male" party turns into a disaster after a woman they invite to the party gets killed. To date, Panchathanthiram remains a cult classic which elicits much laughter, thanks to the Kamal- Crazy Mohan combo. Both stories were about a man with multiple phobias, and how he gets on the nerves of his psychiatrist, to the extent of following the latter to his family's camping trip. Even the 'strapped with bomb' climax is reportedly similar in both movies. 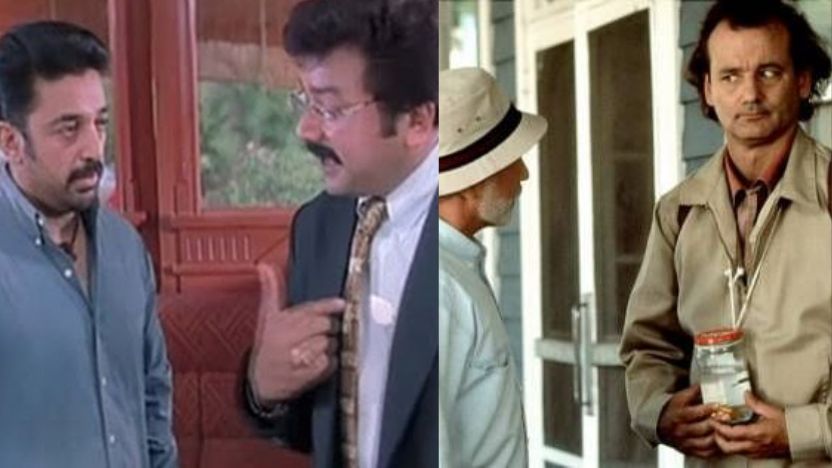 You may already know about this, but the plot of these movies are the same, although the ending of the Hollywood version slightly differs. Both dealt with a divorcee father with limited parental rights disguising as a female nanny to spend time with his child/children. The basic storyline of these two movies are similar - the hero tries to get rid of the narcotics trade within the campus he works in. His head-on clashes with the most notorious student who runs the illegal ring form the crux of the story. 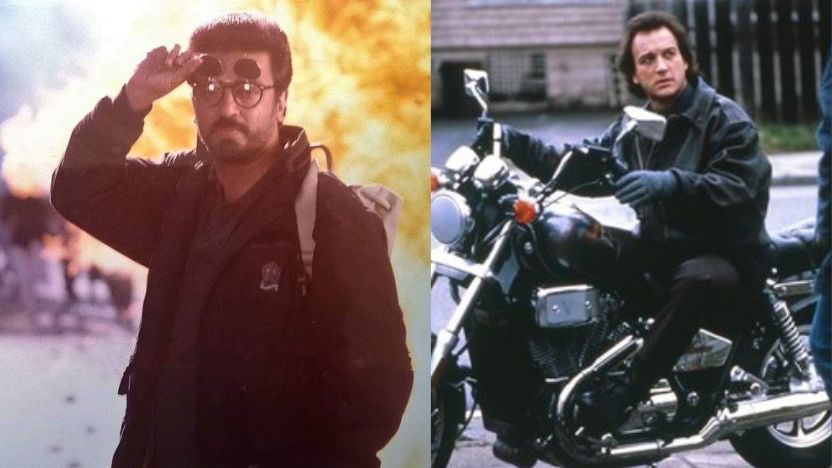 Although there are also other movies of the Ulaganayagan that had been inspired by foreign movies, such as Pammal K. Sambandam - The Bachelor, Guna - Tie Me Up, Tie Me Down, Mahanadhi - Hardcore, and Indran Chandran - Moon Over Parador, this article has been narrowed down to only six for length's sake.

If all, Kamal has only made some of the movies a better watch, better suited for the Indian audience.