Malaysian actress Moon Nila's strong statement against people who use her name!

Moon Nila is a rising Malaysian Indian actress who became a household name after her portrayal of Amy in the hit serial 'Tamiletchumy'. She's also quite popular on social media and often shares her photoshoot and videos from her shoot.

Recently, she called out new scammers who request young, aspiring Malaysian actresses to strip in front of a camera in the pretense of an audition. Scammers are using Moon Nila's identity to create fake profiles and invite girls to take part in the audition.

She also claimed that the scammers have hacked the social media account of a well-known Malaysian director and producer V. Nagaraj to find their victims. Strongly condemning the actions of the scammers, Moon Nila warned girls to be wary of such scams and 'use common sense' before agreeing to such auditions.

Check out her full video here:

Soon after her video goes viral, Moon Nila published a cryptic post about working with dignity. Check it out:

Following Moon Nila, another famous Malaysian singer and actress Ratna Gowri has posted a copy of the police report lodged by director V. Nagaraj and warned netizens to ignore any messages from his old Facebook and Instagram accounts. 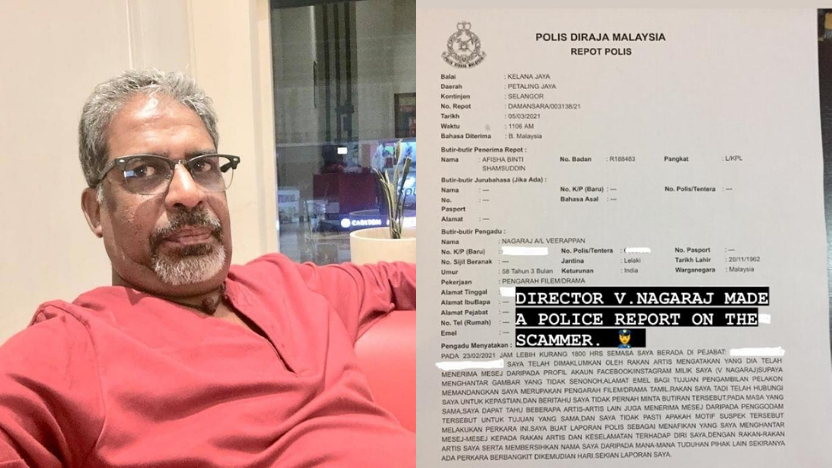 If something feels too good to be true, it probably is. Please be wary of scams involving auditions and make sure to bring your family or friends when you are required to walk-in.
#Shows#Malaysia#Entertainment

Legendary comedian Goundamani is set to make a comeback with actor Sivakarthikeyan's 'Maaveeran'.

Astro Radio has recently expanded access to youthful content specifically for youths and indie music fans through the Rakita Radio and Podcast channels on the SYOK application.