Thalapathy Vijay Opens Up About His Love Before Marriage!

Thalapathy Vijay Opens Up About His Love Before Marriage!

SIDAMBARAM, Kirthiga
Thalapathy Vijay is a massive star in South India. His films are super hits, thanks to the die-hard fans who support him during every theatrical release.

With the power and influence he has over the people of Tamil Nadu, many are urging the actor to venture into politics. But Thalapathy continues doing what he does best, educating and entertaining the mass audience through his films.

Behind the mass persona and charm, Thalapathy Vijay is a simple and quiet man. He's very private, and details about his family and relationships are kept under the covers. The star got married to Sangeetha Sornalingam in 1999 and the couple is blessed with two children - son Jason Sanjay and daughter Divya Saasha. 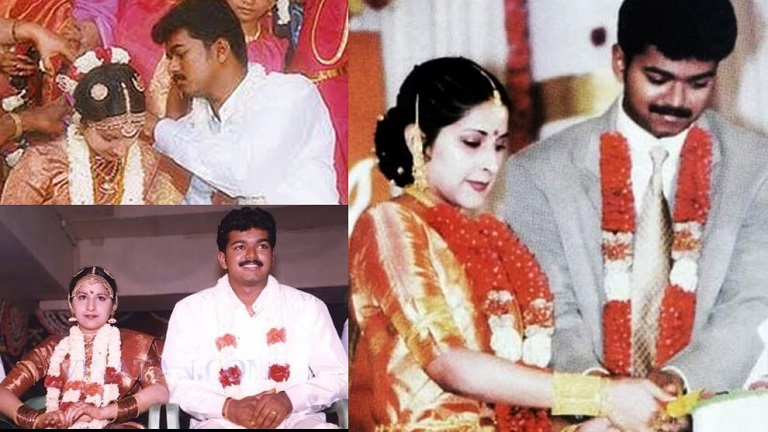 Unknown to many, Sangeetha was Vijay's fan who loved his performance in the 1996 film 'Poove Unakkaga.' She was then based in the UK and visited Vijay during one of his shoots while visiting Chennai. Love blossomed between them after a few meets, and according to some reports, Vijay's parents went to meet the bride's parents in London to arrange the wedding.

While the couple is living a happy life together, actor Vijay opened up about his love life before meeting Sangeetha in a throwback interview. Talking about director Cheran's film 'Autograph', Vijay had his own share of love stories before getting married.

Disclaimer: The blurred picture in the cover is only used for visual purposes.
#Entertainment