Here's what Meera Mithun posted on her social media...

Previously, the actress was targeting several Kollywood heroines such as Trisha, Aishwarya Rajesh and even Jothika.

Now in her recent post, the actress spoke about how most of the actresses are undergoing plastic surgery to look good, but still looks old and unhealthy.

She further claimed that she has not done any plastic surgery when she entered the industry 8 years back until now.

She also gets back at the media who called her grandma and aunty by saying none of the Kollywood heroines are young.

Here's what Meera Mithun posted on her social media: 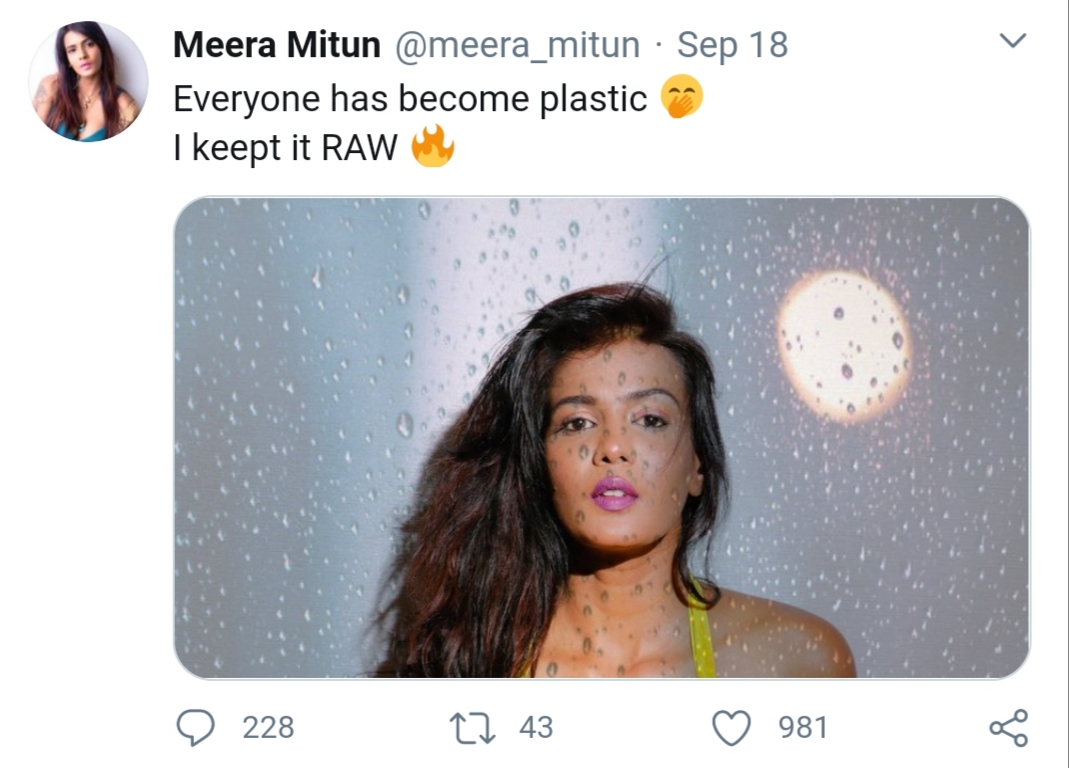