After Lakshmy Ramakrishnan, it's now Kasthuri versus Vanitha!

The heated argument between Vanitha and Lakshmy Ramakrishnan went viral on the internet today when Vanitha posted their video online.

Some netizens are claiming that Vanitha verbally abused Lakshmy Ramakrishnan and did not even let the latter to explain herself.

Following that, now support is pouring in for Lakshmy, and among the people who voiced out in support are none other than Bigg Boss Kasthuri.

The actress recently took Twitter to point out that Vanitha accused Suriya Devi of cyber abuse and lodged a complaint, but Vanitha did the same for Lakshmy Ramakrishnan.

Vanitha replied the Tweets and later blocked Kasthuri from her social media handle. Check out their Tweets here: 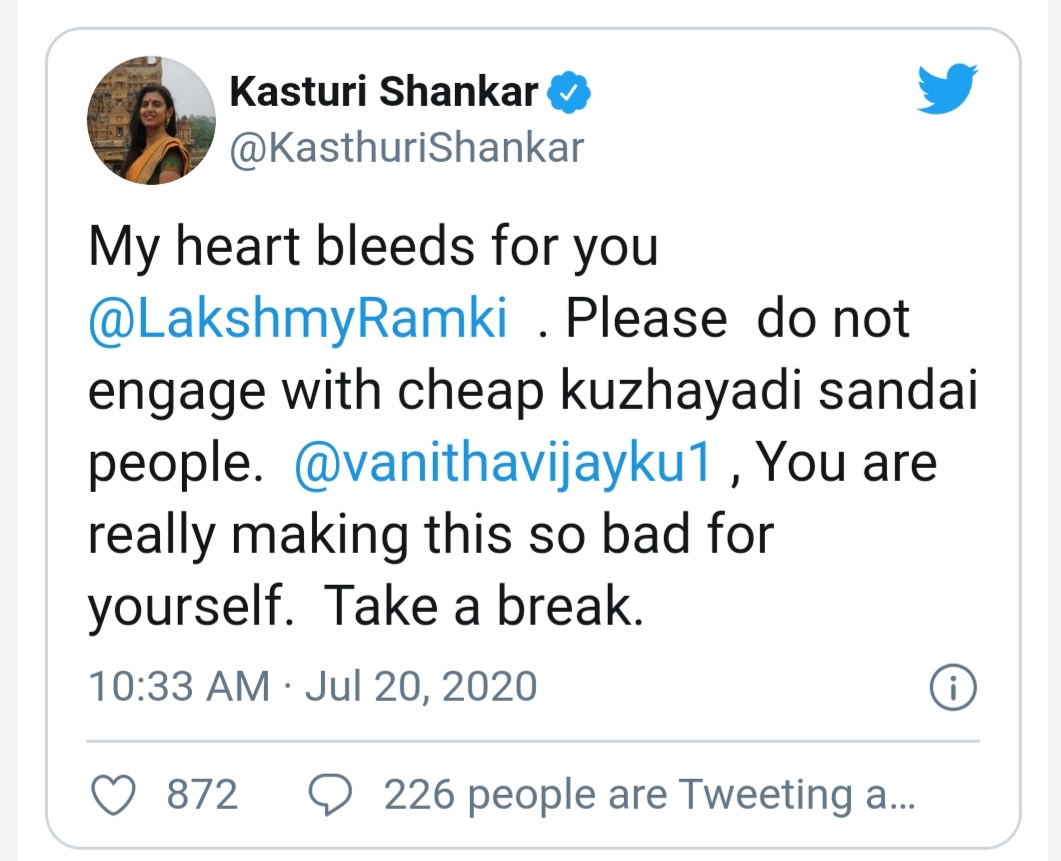 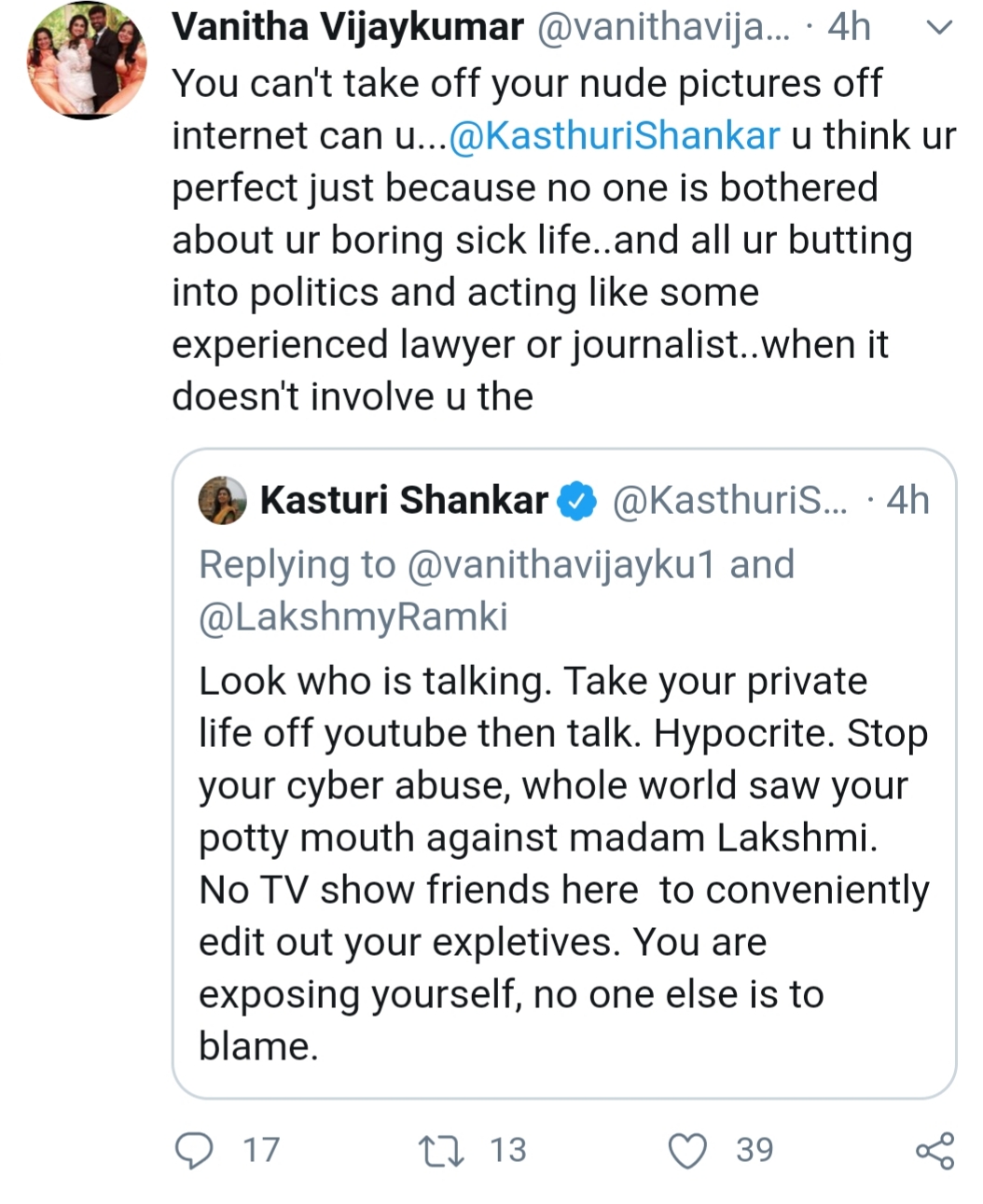 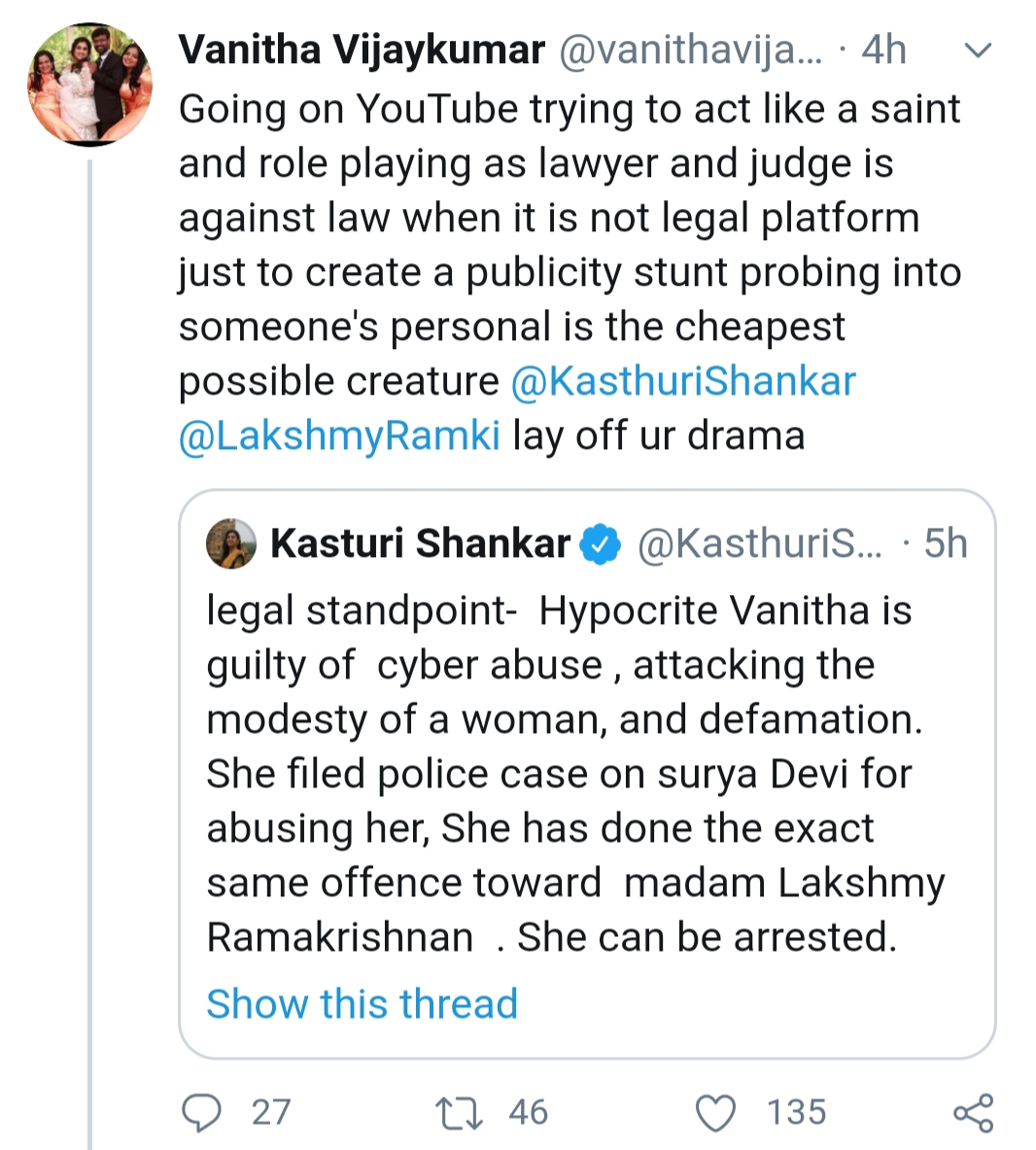 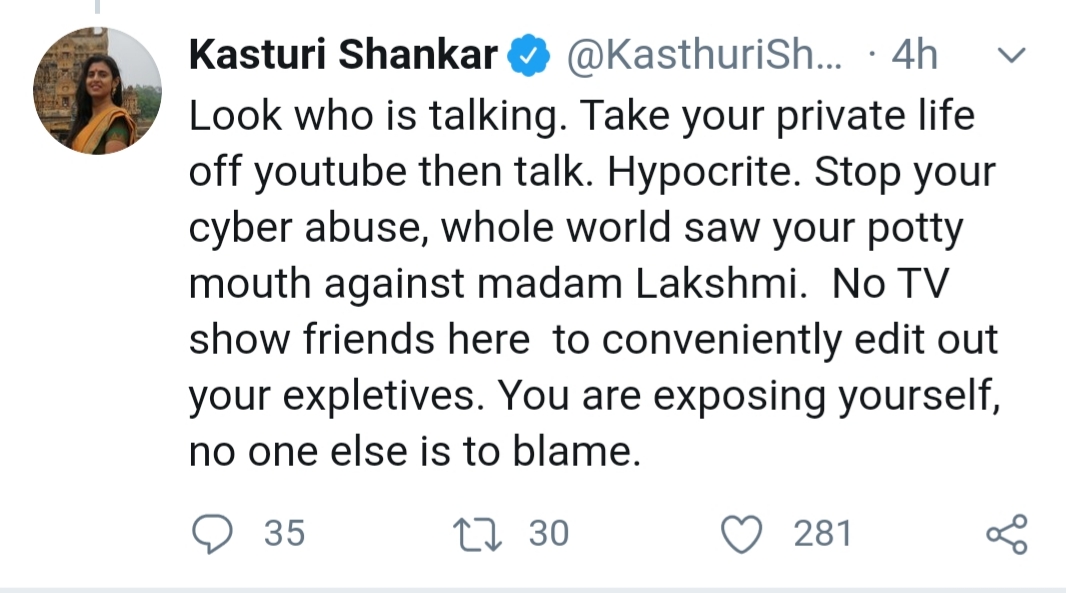 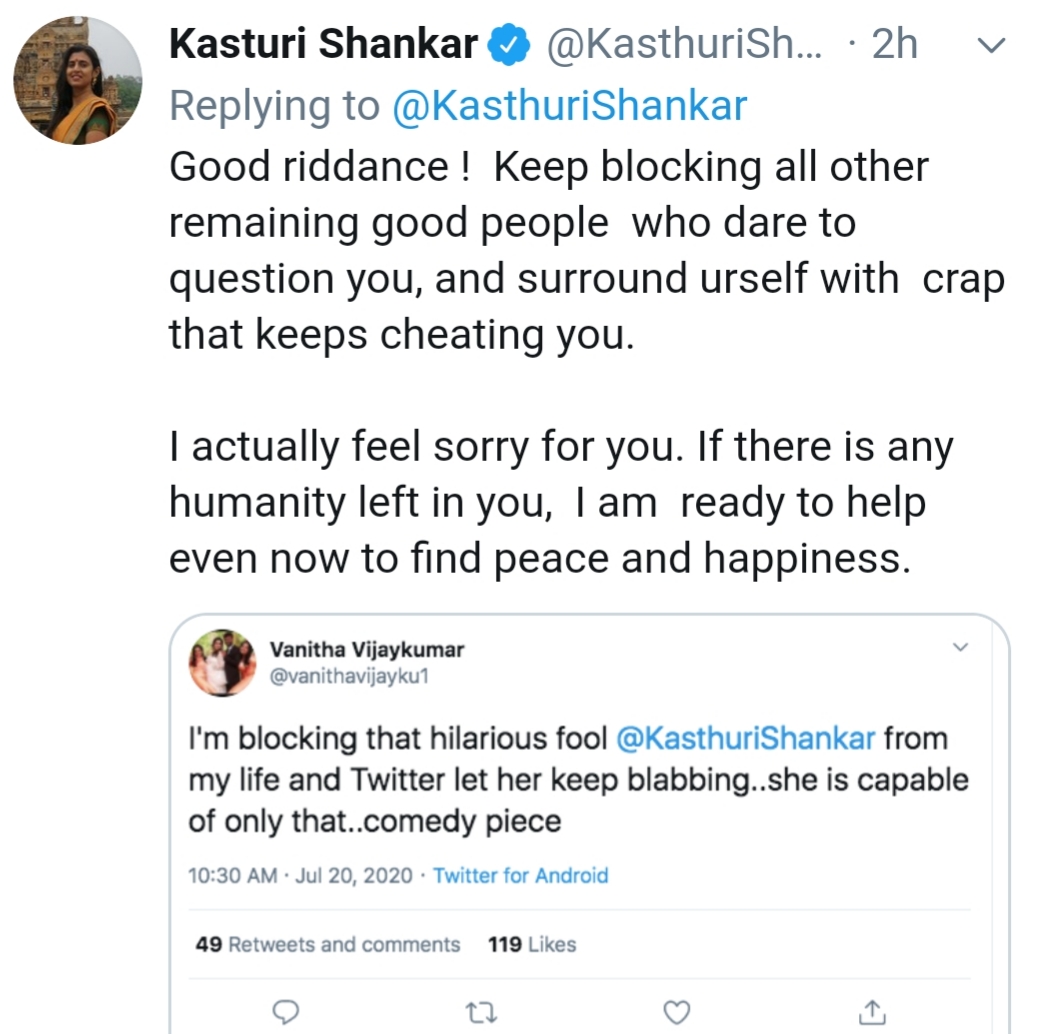