mag
Bigg Boss Vanitha is a well-known name in the Kollywood industry. The actress who hails from a house full of stars recently won Vijay TV's popular TV show 'Cooku With Comali S1'.

The actress, who left the movie industry some time ago, made her big comeback via 'Bigg Boss S3'.

Vanitha was previously married twice - both of which feel apart. Now, the actress has announced her third marriage with Peter Paul, which will be held on 27th June.

In regards to this, here's what Vanitha's little girl Jovika posted on social media: 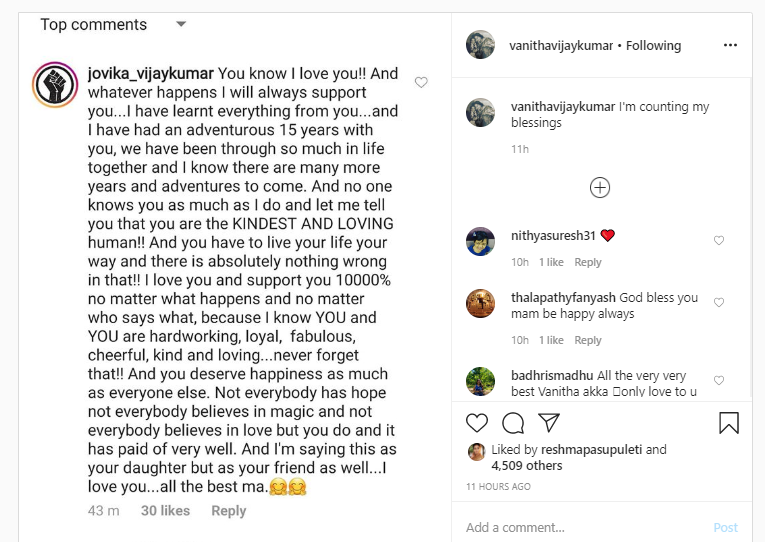