VJ Chitra Is Removed From This TV Show! Here's Why...

Here's what Chittu posted on her social media...

Chitra is a famous Vijay TV serial actress who is fondly called as Chittu by her loyal fans around the world.

The actress played Mullai in Pandian Stores serial, in which she paired-up with actor Kumaran who played her husband, Kathir.

Recently, the actress got engaged to a businessman named Hemanth Ravi, and the actress revealed that it is an arranged marriage. The couple is expected to tie the knot very soon.

Following her engagement, many of her fans were eager to see the couple in the 'Star Jodigal' television program.

But it came as a shock to everyone when the actress revealed that she was approached to take part in the show at first, but was later removed from the show without a proper reason.

"I was very excited to take part, arranged my costume and even picked a song for the dance. But I received a call before the rehearsal saying that it won't work out," she posted.

Here's what the actress revealed during a question-answer session: 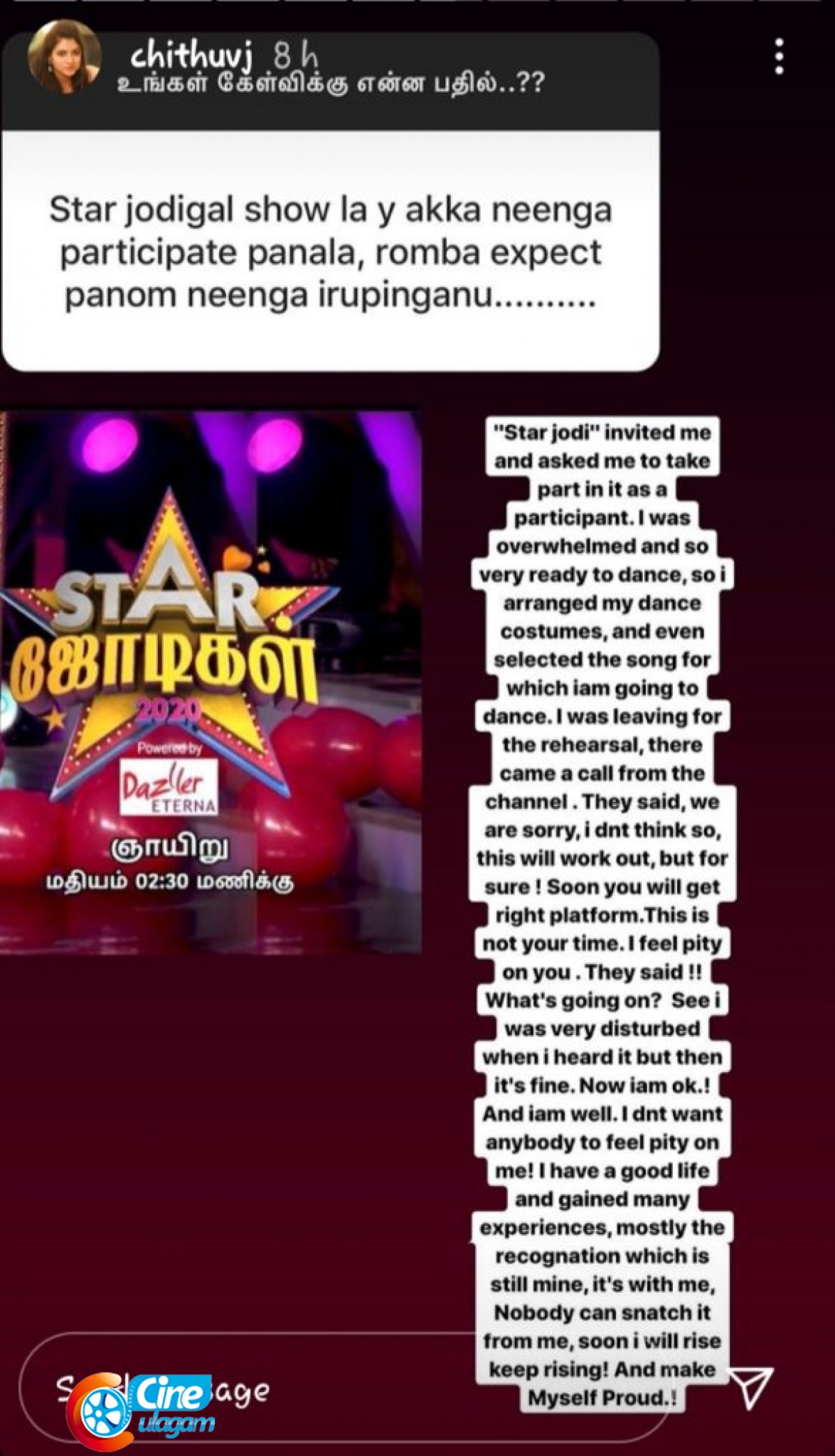