The recent Bigg Boss 3 episode featuring Losliya's parents and sisters was an emotional ride for the housemates and audience. It reflected the feelings of a middle-class family and how love is perceived in their community.

While many netizens argue that Losliya's father did the right thing by condemning the daughter's close relationship with Kavin on the show, but some of them think otherwise. Angaadi Theru director Vasanta Balan released a long post on his official Facebook page explaining why Bigg Boss is not just a game like everyone else is claiming.

According to his post, two contestants Pearle Maaney and Srinish Aravind who met in the sets of Bigg Boss Malayalam 2018 fell in love and got married this year. Take a look at a video of their relationship journey in the show:


"The way they expressed and celebrated their moments of love in the Bigg Boss show can't be captured by any directors in their films."

However, in Bigg Boss Tamil, even before love started blossoming between Kavin and Losliya, they were immediately shot down with the question 'Why did you come here? Just play the game!' Cherappa also didn't want them to be together," he said in the post. 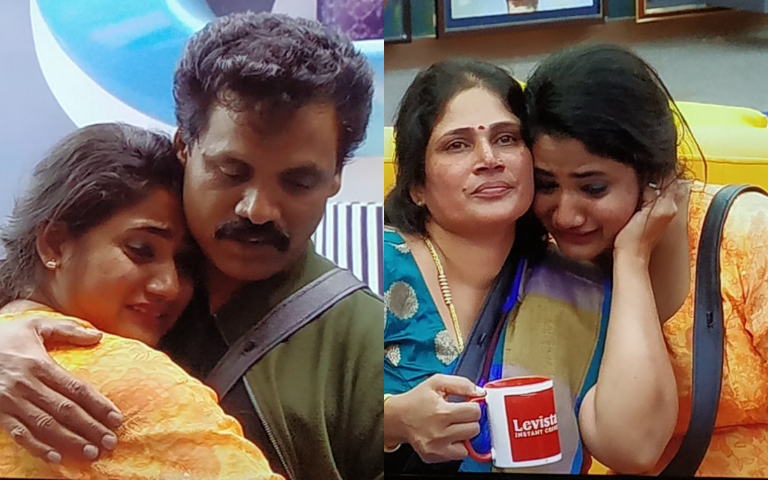 When Losliya's real father met her for the first time in 10 years, he was not happy. He expressed his disappointment in the way she has been behaving in the house.

Talking about Losliya's bittersweet family reunion, he said that the incident reflects how love is still being opposed in Tamil Nadu and Bigg Boss Tamil is not doing much to change the perception. Even Bigg Boss is constantly reminding the contestants saying 'Everyone, please play the game. It's a game, it's a game', the post read.

He ended the post with a question: "In my opinion, Bigg Boss is miniature of the real world. You shouldn't be playing games here, instead, you should just live. When you are truly living, love and tears are natural right? What do you think about director Vasanta Balan's point of view? Let us know in the comments!