Why Amma Jayalalithaa Said 'NO' to Acting With Superstar Rajinikanth?

Why Amma Jayalalithaa Said 'NO' to Acting With Superstar Rajinikanth?

SIDAMBARAM, Kirthiga
The 1980 film 'Billa' directed by R. Krishnamurthy is a hit film starring Rajinikanth in a dual role opposite Sripriya as the heroine.

But, actress Jayalalithaa was first approached to pair up with Rajini in the film. At the time, Jayalalithaa was actively involved in politics. A tabloid claimed that Jayalalithaa ventured into politics as her film offers started declining. 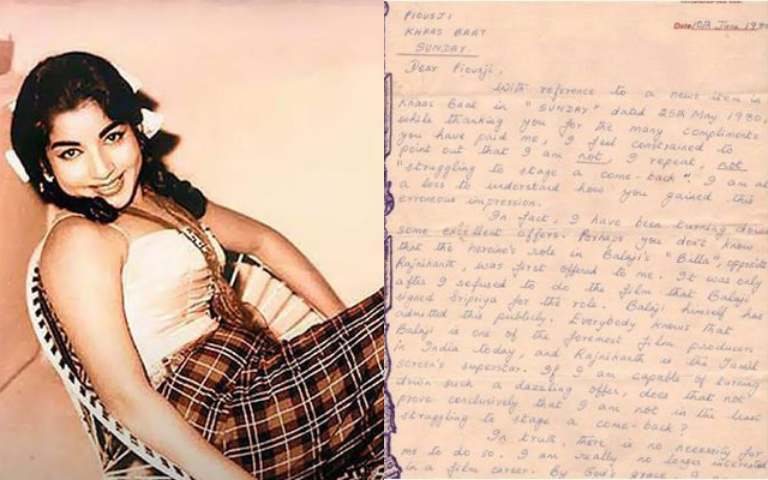 Responding to the news, Jayalalithaa wrote a letter in which she said, "I'm not striving to act in cinema again. I was getting good film opportunities. The producer first approached me to play the heroine in Billa.

It was because I refused, Sripriya played the heroine. Tamil cinema's superstar Rajinikanth was the hero, yet I refused to act. If I had struggled for cinema opportunities, I would have accepted it and acted. But I lost interest in acting," she explained in the letter.
#Entertainment