"You Have No Rights to Judge Her!" - Bigg Boss Archana's Daughter Hits Back

Bigg Boss Archana is a famous host in Zee Tamil, who recently became even popular after her wildcard entry into the smashing hit reality show, Bigg Boss S4.

Despite being one of the strongest contestants, Archana was criticised for using love as a strategy and overshadowing some of the contestants.

After the show, Archana received a lot of hatred and became the subject of memes. She even deleted her Twitter account. Archana's daughter Zaara is also an anchor and hosts shows with her mother.

Recently, netizens started attacking the 13-year-old for being 'over matured', to which Zaara gave a sharp reply: "If you think it is, can't help it!"

A few comments targetted Archana as well and Zaara didn't go easy on them. Defending her mother, Zaara replied, "It’s my mother and you have no right to judge her. I am who I am! She is who she is! Stop damaging everyone’s character in the comment section! Get well soon! And GOD BLESS YOU!"

Her replies are now going viral on social media. Take a look: 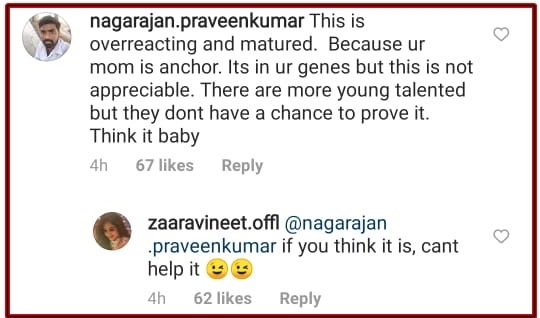 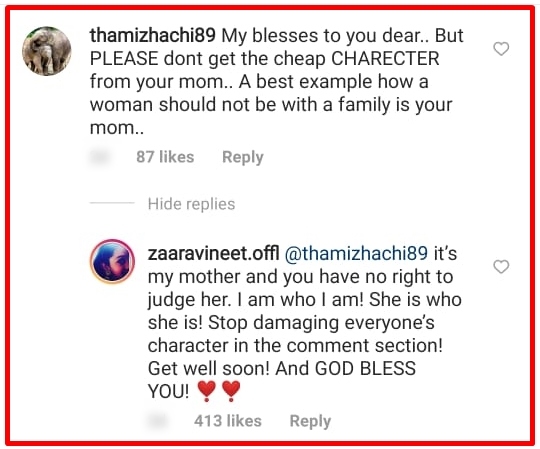 The young starlet also made a video responding to all the hate comments. Check it out here: