"Your Negative Role Will Affect Your Child" - Actress Farina Replies!

This is what the actress replied after receiving negative comments regarding playing the role in Barathi Kannamma...

Bharathi Kannamma serial actress Farina Azad recently shared happy news with her fans. She revealed that she's pregnant with her first child and excited to welcome new addition to her family.

The actress who plays the antagonist in the series further revealed that she will continue to play Dr Venba despite being 6 months pregnant at the moment.

Now in a recent post, the actress revealed that she was approached by several people who asked her to stop playing a negative role by saying it will badly and psychologically affect her child.

"I'm happy, sound and positive. You guys better chill," said the actress. This is what she replied once receiving such messages: 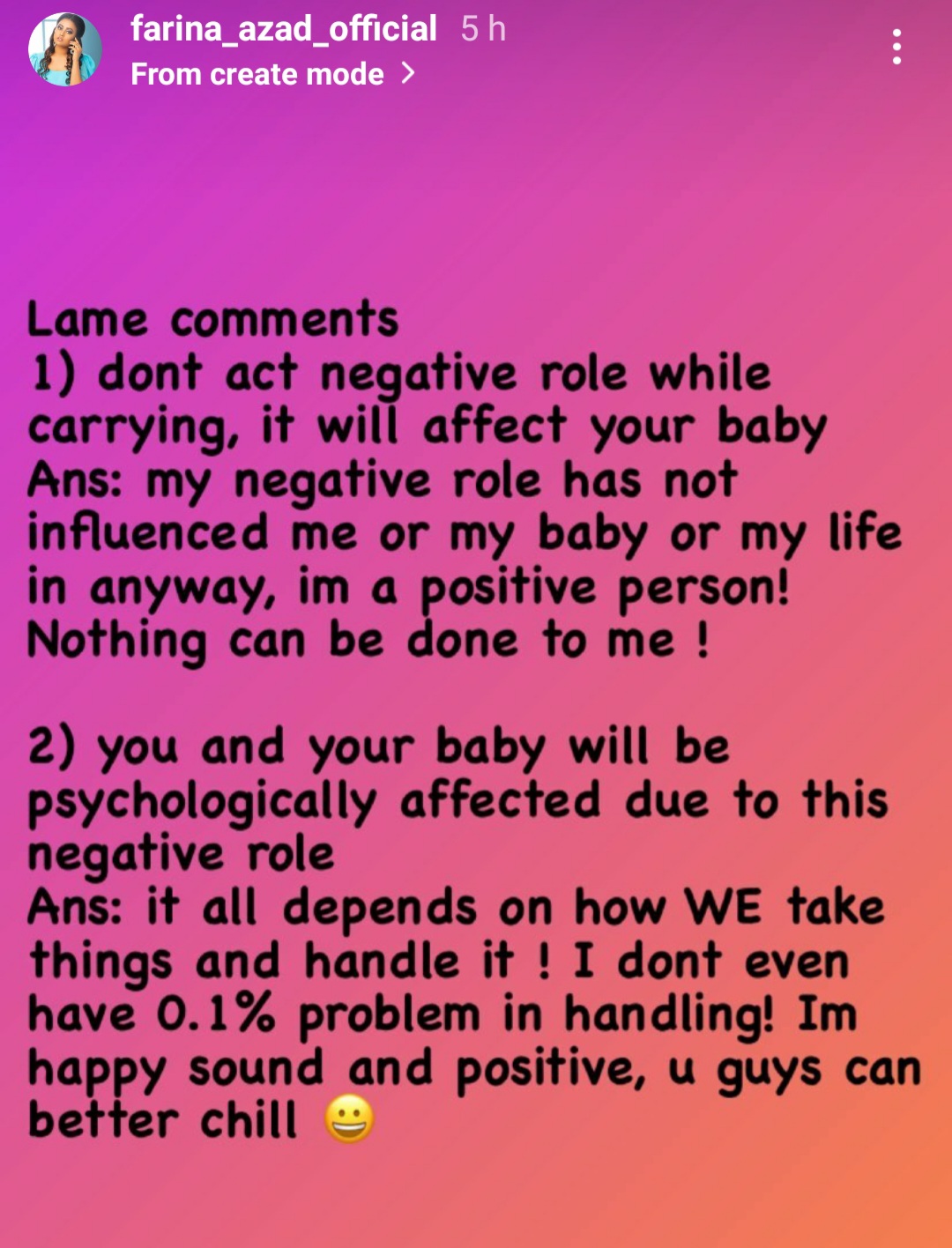