We have found 5 modern-day love stories that have touched our heart and warmed our soul. Check it out!

Love is one of the most discussed subjects in the world. It play a huge part in our lives. It has been perceived as a magic, a miracle, a necessity, an obligation or even a chemical reaction in the brain by different people and cultures. We have found 5 modern-day love stories that have touched our heart and warmed our soul. Check it out!

1. Beauty is in the Eyes of the Beholder

The love blossomed for this couple in the first call, at least for the guy. He was working at a bank and received a call from a girl. It was a wrong number, but the guy was eager to find who it was. He couldn't stop thinking about her and about 2 weeks later, he called her again. They began their phone conversations daily, however, after a month, the girl didn't want him to call. When he sought for an explanation, she revealed that her face was burnt. He asked, ‘So what?’ and she was worried her face would scare him away.

The first time he saw her, he agreed he was scared. But, something about her smile made him realise she was the one for him. "I went to her house and saw her for the first time. I won’t act like a hero and say it didn’t affect me. It did. I was afraid at first, but then I saw her smile... I realised that there was no one else I could marry."

As an acid attack victim, she found love with him and they are blessed with a cute baby. She's working at Acid Survivors Saahas Foundation now.

"People warned me with ‘how will you manage?’, ‘How will you show off your new bride?’ I just wanted them to let love be, so I simply smiled, because none of it mattered–it was her and me."

2. Never Giving Up, Even After A Heart Attack

“Our love story is all about chances. It started 7 years ago. We had just broken up with our partners and met through a common friend."

On the first date itself, they talked about everything. Surprisingly, after 15 days, he broke up with her. He felt like she was way too good for him, however, she wasn’t ready to give up.

After spending a lot of time together in road trips and at home, the feelings were mutual. In 2014, he had a heart attack and was pronounced dead in the hospital. As she prayed, they tried to revive him.

"I still count my lucky stars that they were able to get him back to me! I stayed with him through recovery and he says it made him fall in love with me all over again." "He asked for one more chance and I gave it to him! Now 7 years later–we’re happily married. It was about the chances that we gave each other. Everyone either says ‘give it a second chance’ or ‘third time’s a charm’ but for us, it’s not about the number of shots you get–it’s about how badly you want to make it work."

3. Love is a Language By Itself

She was fond of singing and music. Her father was an actor and she wanted to become an artist too. However, she lost her hearing at the age of 16 after surgery. "Just like that, I couldn’t listen to my favourite songs anymore. I’d cry for hours–I was so lost."

Her father was worried and suggested her to get married. "I decided that I’d say ‘yes’ before I even met him. I hated feeling like a burden."

The man was deaf and mute. They met at ‘Badshah’ in Crawford. For years, she only spoke to people by reading their lips and she was worried to start a conversation with him. Both of them couldn't even communicate through sign language.

"Over time, we developed our own sign language–we had signs for everything; something only we knew. But I don’t think we even need those anymore. One look and I already know what he’s thinking." 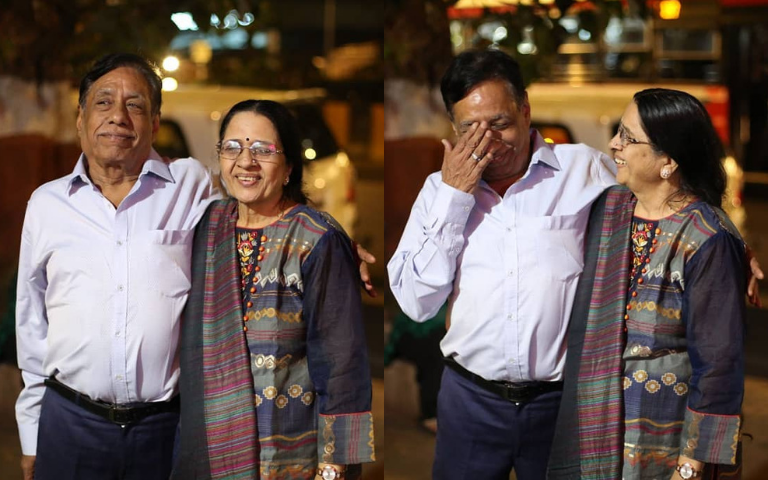 They did struggle quite a bit when they had kids. They wouldn't even know if the kids cry or were in trouble.

"But honestly, I wouldn’t have it any other way–my life is beautiful with 2 healthy children and the most loving husband! I guess it just goes to show that love actually has no language and definitely doesn’t need words, because even in silence...love roars.”

4. Disability is Only in the Mind, Not in Love

He contracted Polio as a child, but never felt different from the others. He always maintained a positive attitude because of his mom. He even got a secure bank job.

It all started when his brother signed him up in the matrimonial column for the differently abled: A 37-year-old man with a bank job and caste was not an issue. Her family came into the picture and even in their first meet, she expressed that she wanted to marry him.

Her hand was disfigured and she always covered it with her shawl or 'dupatta'. She never let her hand appear in any photographs. He told: "Why? You’re perfect!" They moved into their own house after a child was born and many were skeptical if they can live on their own. "If we ever had to run behind our daughter or I needed to reach for something on a shelf, she was my saviour and if she needed help with her papers, bank errands or vegetable cutting, I took over. Slowly, we built our sweet, simple life together."

Recently, they went on their first foreign trip together to Switzerland. "She was so cutely scared during take-off and landing that she clutched my arm throughout—I enjoyed every minute! So this it, the funda to a happy marriage- trust, love and respect. It’s been 29 years of being perfect halves... so you will have to take our word for it!”

They were together until 3rd grade and every day after school, he’d run to the bus to hold the window seat for her. "We didn’t know why it was important, but we had to sit together. It was so sweet and innocent."

They continued to be best friends. One day in Class 4, he didn’t come to school for a few days. Yes, he moved to a different school and she was devastated. For 9 years, she had been missing and thinking about him—9 YEARS! "When we were in the 12th, Orkut was the new thing! Apparently, he looked for me, but it had a ‘$’ instead of an ‘S’, so he couldn’t find me. Determined, he asked a mutual friend. I was out when this friend called me–I dropped everything & rushed home. My heart was racing as I waited for the dial-up internet to connect."

She accepted his request and got his number from a friend. Immediately, they reconnected. Most parts of the dating phase was long-distance but they never gave up on the relationship.

"When people say ‘long distance never works’, it’s not true—if you’re in love, you can make it work! He moved around, but the love was constant."

They got married after the girl proposed to him in a grand manner at her home with candles, balloons and a cake. On a banner, she wrote, ‘Will you grow old with me?’

What do you think about these epic real-life love stories? Let us know!
Source: Humans of Bombay Official Instagram & Giphy
#Relationship#Love#Valentine's

Actress Samantha gets emotional as she speaks about how she survived a "tough phase" in her life!

"They Tried to Separate Us!" - Snehan Opens Up About His Wife Kannika

Kavignar Snehan talks about his relationship with wife and how she protects him!

This is How Shruti Haasan Met Her Boyfriend Santanu Hazarika!

Actress Shruti Haasan opens up about her love story with boyfriend Santanu!

Celebrities Who Found Love Outside Of K-Town

This is what the actress revealed to her fans on social media...

Jyothika's Reaction to Suriya Receiving a Love Letter During Their Shoot!

Guess how Jyothika reacted when Suriya got a love letter at the shooting of 'Kaakka Kaakka'.

Actor Nagarjuna tweets the truth about his alleged divorce statement regarding his son Naga Chaitanya and Samantha!

The amount of work and details that go into R Sasitharan leaf carvings are unbe-leaf-able. Check it out yourself...

Drinking Coffee is Actually Good for You!

Do you know that coffee has a lot to offer when it comes to health benefits?