Brriyan John recently made up a local model to look like Shruti Hassan and the Kollywood star loves it. Here's what happened...

Brriyan John is in Cloud Nine. He put in the hardwork and now it has now paid off.

The KL-based celebrity makeup artist recently gained the attention from Shruti Hassan after he shared a video of him making over a model to look like the Kollywood star.

Speaking to Astro Ulagam, Brriyan said he was inspired to do the challenge after spotting a trend on video sharing platform TikTok, where US makeup artists worked their magic on models to look like Hollywood stars.

Brriyan settled on Shruti and after a week of planning, sourcing for a model, saree and accessories, he jumped to work, collaborating with his long-time photographer friend, Sanjay Naidu of Exposure Studios.

The model involved was TikTok-famous Durgashini Rakunathan, who has no prior professional modelling experience, but was moulded into the role by Brriyan's coaching and the photographer's expertise.

"The shoot last Saturday was not too hard as I know Sanjay well and we were on the same wavelength. The makeup process took me just 30 minutes.

"The only challenge was getting the right angles, so that the model will look like the intended star from every angle," he said.

According to Brriyan, he chose Durgashini as she already had similar features as Shruti.

The shoot did not involve on Durgashini alone, as there was also another model madeup to look like Kollywood star Trisha.

The shoot's concept, according to Brriyan, was how if both Shruti and Trisha attended a Film Fare Award function together.

While the Shruti shoot has since been released and gone viral, the Trisha shoot is expected to be published tomorrow (March 18), he said. 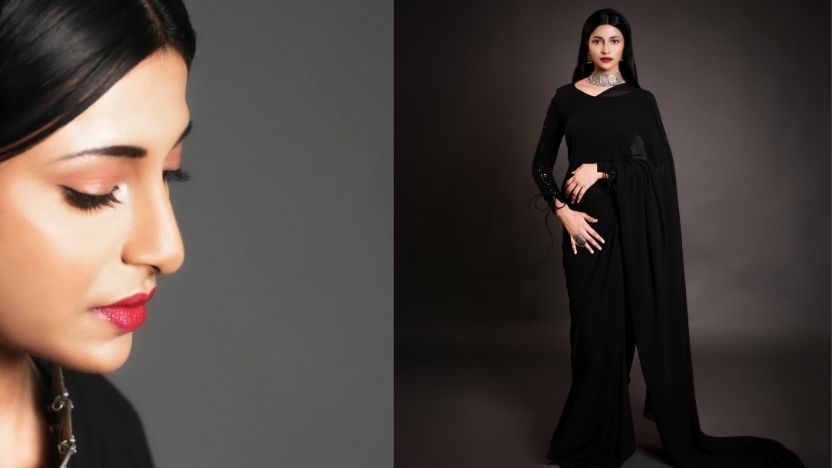 The pictures from the Shruti shoot were published on Brriyan's Instagram on Sunday, and soon after sharing, he went to sleep.

It was only after he woke up that he noticed many missed calls on his phone, and his followers tagging the real Shruti Hassan on his video.

The real shock came soon after when he was told that Shruti herself had shared the video of his makeover as her Instagram story, having been impressed by the model's close resemblance to her.

To Brriyan, it was achievement unlocked.

"The makeover video became even more viral after Shruti shared it in her account, and after that I received text messages from several actresses (whom he did not name), expressing their interest to work with me.

Brriyan's ultimate goal is to do makeup for Kollywood stars themselves, and he sees the recent exposure as a stepping stone to that.

To Brriyan, makeup has no gender, and it should be seen as a form of art.

"We are also artists and the models are our canvas. People should stop putting tags on genders and their ideal professions.

"Personally, I have had people questioning my career of my choice, but I ignored their criticisms and took it as a challenge to prove myself," he said.

"Sometimes, the best way to prove your detractors wrong is by letting your achievements speak," he added.