A barber, S. Kalitasan, who hails from Bidor, Perak earned himself the Malaysia Book of Records title for giving the most haircut in a day.

A barber, S. Kalitasan, who hails from Bidor, Perak earned himself the Malaysia Book of Records title for giving the most haircut in a day.

The 31-year old chap was given the recognition 'Most Haircuts in 24 Hours By An Individual' for giving 144 haircuts in a single day, beating the previous record of 100 haircuts a day.

During a special ceremony held at Batu Caves, Kalitasan depicts how he ended up in Kuala Lumpur with merely RM40 in his pocket, and it was his friend Satish who taught him the hair cutting techniques.

In a recent interview at the Vizhuthugal morning show, Kalitasan revealed that appearing on the show is one of his dreams. He attempted the record just to get an opportunity to be a part of the show. 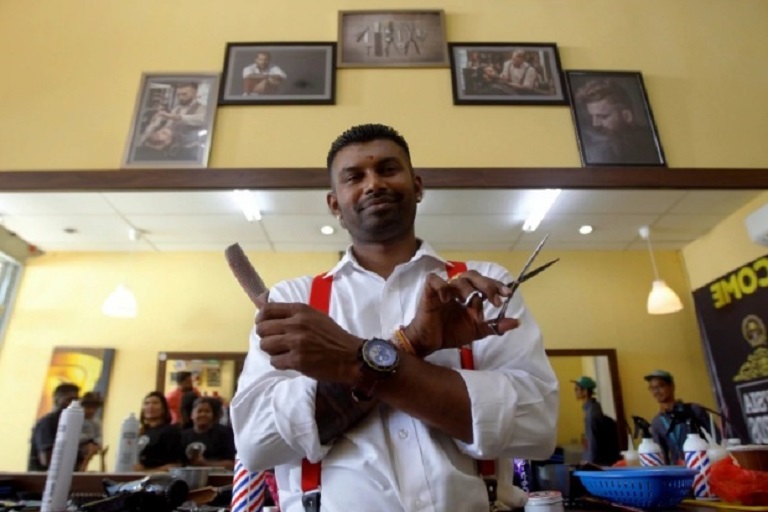 Kalitasan's dream came true as he was invited as the guest on the Vizhuthugal morning show. Stay tuned with us for the video.

As for Kalithasan, he is more determined now to break his own record by giving 1,000 haircuts in a single day. Catch his interview on Vizhuthugal: