Crab Mentality: Why Do Indians Seem To Have This ‘Crab’ Behaviour To Date?

Bear in mind that you’re a human, not a crab.

Revathi
Have you ever seen a pile of crabs in a bucket, where they all try to escape while tugging each other down to escape, so that they're back to their misery and the group's collective demise?

This phenomenon is also reflected in human psychology under the term ‘Crab Mentality’. This kind of mentality influences people's thoughts, statements, and actions in various situations.

It’s pervasive across the world and is being observed everywhere regardless of gender, faith, or any other differences. Perhaps, we can see it under the debilitating consequences of this psychological trait, and it’s saddening to see how its citizens, despite identifying the pitfalls, persistently reflect and propagate the statement:

"Your success burns my eyes." 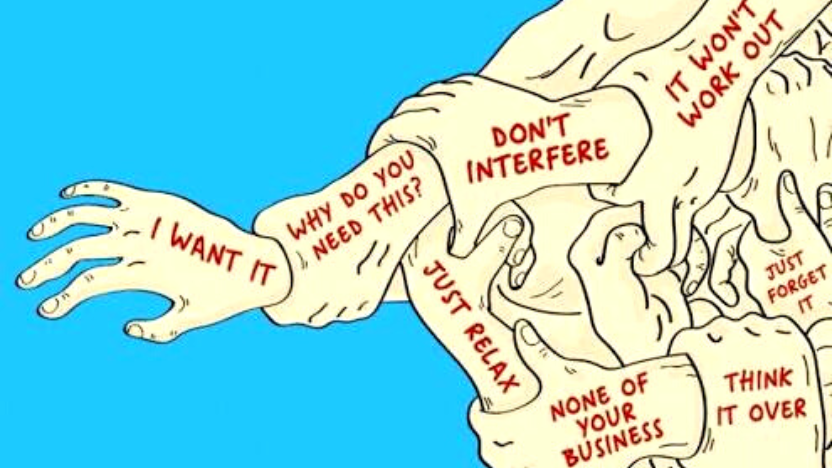 This is certainly a potent metaphor for what is frequently described as a very typical Indian trait: it can be not allowing someone else to forge ahead as well. Indians don't even seem to be inclined to lift one another when there is even the tiniest indication that they are succeeding.

Crab mentality exists in various domains. Let’s take a look at some of the examples that happen in our daily life:The crab mindset has several detrimental effects on our mental health. Many of us struggle with feelings of unworthiness, excessive effort and production, low self-esteem and confidence, emotional disorders, worry, and fear of failure. The desire to compete with others and continual comparisons that go along with the crab mentality hinders the ability to develop connections with other people and acknowledge their accomplishments. We can observe how our reluctance to be humble and accept our defeats makes us our own worst critics.

Indians have crab mentality,they remain busy in pulling each other's leg so that no one excels.Ongoing #AAPWar is fine example of this trait

Since there is ample room for everyone to succeed, we need to learn how to work and support one another.

Bear in mind that you’re a human, not a crab.

Yes, it could be daunting to succeed while others are actively trying to bring you down, but remember it's not impossible. It can be done, and it is possible.

If you're a true visionary or someone who is looking for something greater for yourself, then keep climbing forward; before you realize it, your constant work, struggle, and sacrifice will build the wings you need to soar and fly.