A Deepavali Movie Marathon Not To Be Missed

Presenting a line-up of exciting blockbusters to watch during this festive season.

Shhh. The movie is about the start!
Movies and Deepavali are like crunch and murukku, they go perfectly together. Don’t miss out Astro’s blockbuster movie marathon during the celebration with your loved ones along with scrumptious Deepavali feast and addictive snacks. Grab your Murukku and let us light up this festive mood with our Deepavali Movies curated with YOU in mind! RRR | 24 Oct, 9.30am |Vinmeen
A tale of two legendary revolutionaries and their journey far away from home. After their journey, they return home to start fighting against British colonialists in the 1920s. Don | 24 Oct, 2.30pm |Vinmeen
A man reminisces his good old college days and thinks about how he managed to find his purpose and get his life together. Viruman| 24 Oct, 9.00pm |Vinmeen
An intrepid and good-hearted son fights to make his arrogant father pay the price for his sins, which includes his mother's death, and save his brothers from the man's grip. 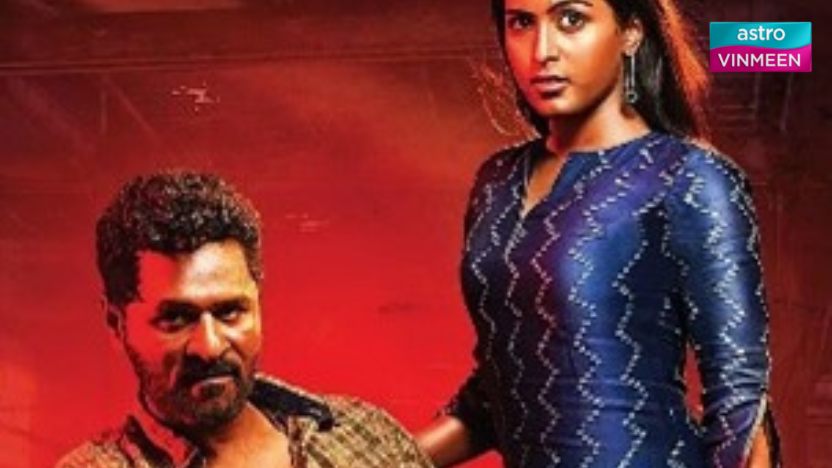 Theal | 25 Oct, 9.30am |Vinmeen
While orphaned, Durai feels content with his life and earns by mercilessly torturing the poor. He experiences an epiphany when a middle-aged woman enters his life claiming to be his mother. 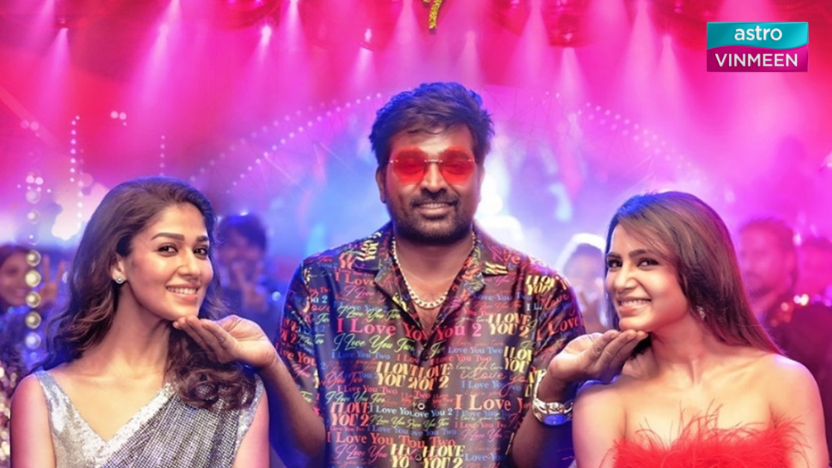 Kaathuvaakula Rendu Kaadhal | 25 Oct, 2.30pm |Vinmeen
Rambo who lives a double life as a cab driver and bouncer falls in love with two women with contrasting personalities. What happens when he is forced to make a choice? Cobra| 25 Oct, 10.30pm |Vinmeen
A genius mathematician doubles up as a hit man, assassinating people opposing a ruthless corporate behemoth. While he manages to stay ahead of the Interpol and the psychotic head of the corporation, both who are after him, can he evade the mysterious hacker who is keen to unmask him? Kadamaiyai Sei | 26 Oct, 2.30pm |Vinmeen
A civil engineer who has lost his job meets a tragic accident when he is about to reveal a shocking truth that will save countless lives. Rendagam| 26 Oct, 9pm |Vinmeen
A tense action drama with enough intrigue and twists in its plot. Poikkal Kuthirai| 27 Oct, 2.30pm |Vinmeen
In a tragic accident, Kathiravan loses his wife and his left leg. A few years later he decides to get a prosthetic leg with the compensation amount received. Kathiravan's life gets more complicated when his daughter Magizh gets hospitalized. Maaran| 23rd Oct, 9pm|Vellithirai
An investigative journalist is in trouble after publishing an article that exposes bitter truths about a corrupt politician Veetla Vishesham| 24th Oct, 12pm|Vellithirai
While Elango struggles to accept the news of his middle-aged mother's pregnancy, the situation jeopardises his relationship with his girlfriend, Sowmya, and his parents face social ridicule. 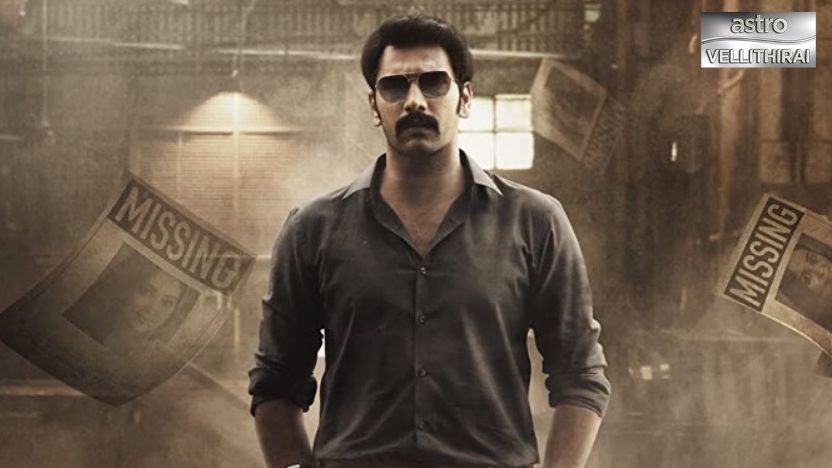 DejaVu| 24th Oct, 3pm |Vellithirai
An undercover officer who handles the missing case is unfolding the mystery behind the crime. Jothi | 24th Oct, 6pm|Vellithirai
Aruljothi is a young pregnant woman, during the time of her adjunct absence, her unborn toddler is dislodged and abducted from her womb mysteriously. Gargi | 24th Oct, 9pm |Vellithirai
A young woman fights legally to save her father, who is accused of child sexual abuse Yaanai| 25th Oct, 9pm |Vellithirai
A brash young man tries to prevent his wealthy, large family from being split up by their arch-nemesis, who wants to avenge his brother's death, which he blames on the family. Hostel | 26th Oct, 9pm|Vellithirai
Upon receiving a handsome sum, Kathir hides Adhirshtalakshmi in his boys' hostel away from his stern warden. Chaos ensues when the spirit of a woman haunts the building. Idiot | 27th Oct, 9pm|Vellithirai
The descendants of two men who betrayed a royal family centuries ago, are caught up in events that involve ghosts, revenge, and kidnapping. 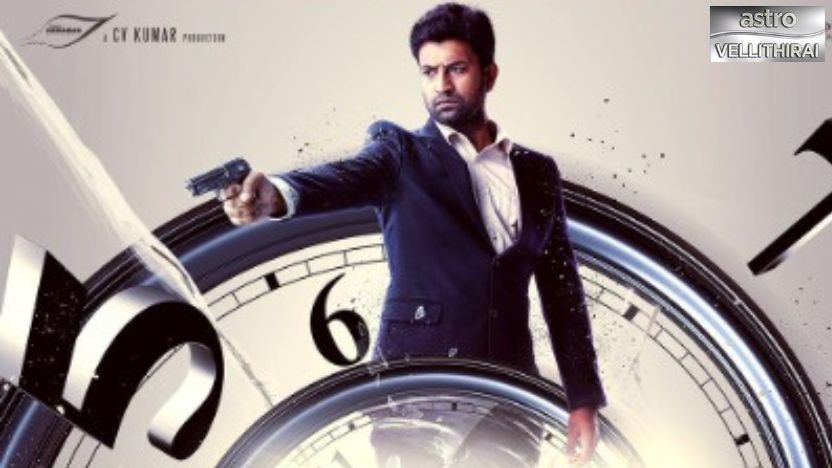 Jango | 28th Oct, 9pm|Vellithirai
A neurosurgeon who is stuck in a time loop tries to save his estranged wife from being killed by a mystery man. D Block | 29th Oct, 9pm|Vellithirai
A young engineering student along with his friends unravels the mystery around his college where several girls go missing and dead. Kuruthi Aattam | 28th Oct – 24th Nov 2022 |Thangathirai
Shakthi, an attender in government hospital wins the friendship of Muthu, a son of kingpin in Madurai. His sudden death forces him to take revenge on the culprits who were responsible for the same. 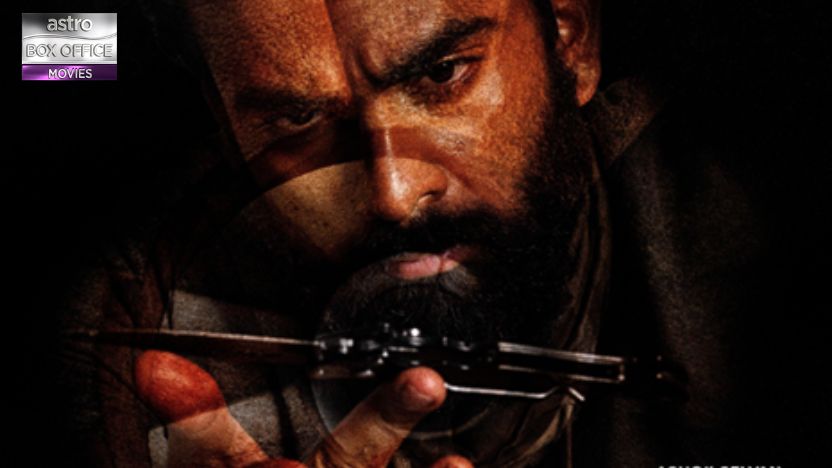 Vezham | 21st Oct – 17th Nov 2022 |Thangathirai
With innocent people falling prey to a psychotic serial killer, Ashok fights against all the odds to unveil the mysteries of his past and seek retribution for the injustice that happened to the love of his life. Kabhi Alvida Naa Kehna | 26th Oct 2022, 2pm|Vaanavil
Dev and Maya, who face struggles in their respective marriages, become friends. They try to help each other salvage their relationships but end up falling in love instead.

Kal Ho Naa Ho | 27th Oct 2022, 2pm |Vaanavil
Naina, a girl living a dreary life, finds a new meaning to her life when she meets Aman. Even though she loves him, Aman claims to be a married man and convinces Rohit, her friend, to woo her.

Kuch Kuch Hota Hai | 28th Oct 2022, 2pm|Vaanavil
After reading the letter her mother had written for her before she died, Anjali decides to bring together her widowed father, Rahul, with his true love who is also named Anjali.

Kabhi Khushi Kabhie Gham | 29th Oct 2022, 2pm |Vaanavil
Rahul, the adopted older son of a rich couple, is banished by his father when he chooses to marry a middle-class woman. Years later, his younger brother, Rohan, sets out to find him.

3 idiots | 30th Oct 2022, 2pm|Vaanavil
In college, Farhan and Raju form a great bond with Rancho due to his refreshing outlook. Years later, a bet gives them a chance to look for their long-lost friend whose existence seems rather elusive. My Dear Bootham | 23 Oct, 3.35pm | Zee Tamil HD (Ch 223)
A kid, Pannu finds a lantern in a cave. Karkimuki, the king of all genies is released after he opens it. The genie helps the little boy with his daily problems.

Koogle Kuttappa | 24 Oct, 3.30pm| Colors Tamil HD (Ch 222)
Story of a conventional, conservative small-town villager and his son who have to move away from home due to his profession. Their relationship faces an endearing twist when an AI humanoid enters their lives and fills in their emptiness.

Ayngaran | 24 Oct, 8pm |Colors Tamil HD (Ch 222)
A young inventor struggling to get a patent for his inventions, uses his intelligence to save the public from harmful intentions of a meat racket and a burglar.

Rocketry: The Nambi Effect | 23 Oct, 4.30pm | Colors Hindi HD (Ch 116)
Based on the life of one of India’s pioneering rocket scientists, Nambi Narayanan. This biography chronicles his achievements, mad passion for the country's space mission, his unmatched dedication and the accusation that eventually became the biggest personal and professional setback of his life.

Thalaivar & Air Selangor Remind Us About The True Meaning Of Deepavali

Celebrate the joy in every drop this Deepavali.

A Deepavali Movie Marathon Not To Be Missed

Presenting a line-up of exciting blockbusters to watch during this festive season.

Deepavali Season is On, Here's What Astro Has in Store for You!

Check out these "MUST WATCH" programmes on Vinmeen HD, Vaanavil HD, other Astro Channels and platforms.

Astro ushers the festive season of Deepavali with an extensive line up of exciting local and international premieres and three new channels on TV, Astro GO and On Demand.