Brinda Rishikumar's debut album "Ayushman Bhava" will be launched on 14th June 2018 in Midvalley Exhibition Centre at 7.30pm. Everyone's invited for the launch. Learn more about the modern fusion of famous devotional songs!

An idea became a dream. A dream became a reality. This sums the birth of Brinda Rishikumar’s devotional album ’Ayushman Bhava’– a modern fusion of famous devotional songs.

Her 6-year-old son’s perseverance to master and perform ‘Muthai Tharu Pathi Thirunagai’ song in a drama within a week triggered the idea for her. Since then, the Vaanavil Superstar second runner-up has vowed to re-create the song.

Her dream to produce a devotional album also stemmed from the desire to revive the fading importance of devotional songs and religious values among the younger generation.

“Devotional songs have become a rarity in our community. We only hear it in temples and religious occasions. I believe if we bring in a modern twist to the songs, the younger generation will take a greater interest to learn it like my son did,” she explained. 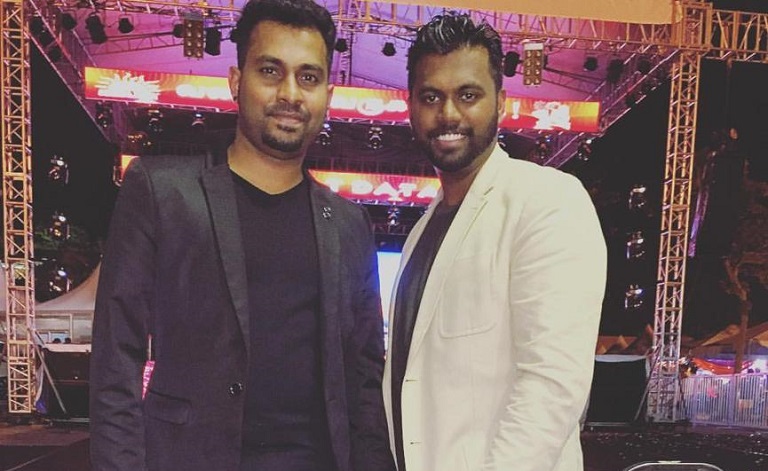 Music composers Balanraj and Jagathees
Back in January, Brinda released one of the songs, her rendition of ‘Muthai Tharu Pathi Thirunagai’ from the album in conjunction with the Thaipusam celebration.

This time around, she launched all 7 soundtracks that include 6 devotional songs and 1 mantra recitation. Notably, in her efforts to revive devotional songs among the common folks, the singer also included the karaoke version of the songs (minus one).

"My aim is to make sure everyone develops an interest to learn devotional songs. With the minus one version included, anyone can sing and practice the songs to master them,” she said. 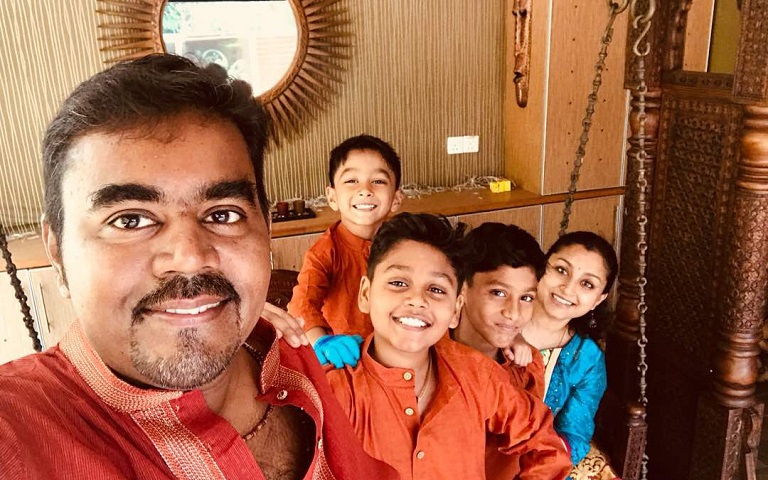 Brinda Rishikumar with her husband and children
Priced only at RM15, Brinda made sure her very first album was affordable for everyone. She is all praises for her husband Rishikumar Vadivelu’s constant support throughout the album-making.

“My husband helped me in every stage of the album-making, especially in searching through the Hindu scriptures for inspiration,” she added.

Composed by music directors Balanraj and Jagathees, Brinda Rishikumar's debut album 'Ayushman Bhava' was launched on 14th June 2018 in Midvalley Exhibition Centre. Catch a glimpse of a song from the album here:

Suriya Felt Shy to Act in this Song; Check Out His Tweet!

Actor Suriya admitted to feeling shy to act in this new song from his upcoming film!

Simran Dances for This Super Hit Song After 20 Years!

How to Worship Guru Bhagawan and Get His Blessings for this Guru Peyarchi?

Here's How A. C. Bhaktivedanta Svami Brought Krishna To The West

Many Westerners came to know of the Krishna Consciousness thanks to this Indian man.