Did You Know A Malaysian Was A Key Part Of The Event Horizon Telescope Team?

A Malaysian scientist was among the first people in human history to see a picture of a black hole.

By now, you've probably already heard that an international team of scientists and astronomers have taken the first ever picture of a black hole, located in a galaxy about 500 million trillion km away from earth.

The discovery was made using the Event Horizon Telescope (EHT), which is actuallly a network of eight powerful telescopes around the world. The EHT team, made up of more than 200 researchers from about 60 institutions in 20 countries/regions, described the black hole as "a monster" due to its massive size: 40 billion km across, which is about 3 million times the size of our planet.

This image of a black hole is monumental because it confirms Albert Einstein's theory of relativity and greatly expands mankind's understanding of the universe.

The findings were published yesterday in Astrophysical Journal Letters, and the announcement was made via a global press conference. However, one thing that most people may not know is that a key member of the research team is a Malaysian scientist!

Meet Dr Kevin Koay. He's a proud Penangite, a devoted husband and father to three kids, a nature lover, a board gamer and a Manchester United fan. He's also one of the people instrumental in taking the now-famous first picture of a black hole.

"I was a part of the observing team at the James Clerk Maxwell Telescope (JCMT) on Mauna Kea, Hawaii," Koay told Astro Ulagam. "I contributed to the processing of the data from all the telescopes, validating their quality, then making them into the first images. I was in one of the four ‘imaging teams’ set up to make the images independently before comparing our results. Then I did my small bit to help put these results into the 6 scientific papers published today," he said in an email interview.

He added that he felt really humbled and privileged to be one of the first few people in history to have seen the image of a black hole.

Koay, who joined Taiwan's Academia Sinica Institute of Astronomy and Astrophysics as a Postdoctoral Fellow in November 2016, joined the Event Horizon Telescope group at the Institute just as the collaboration was officially coming together.

"It was such an exciting project I couldn’t turn it down!" he said. 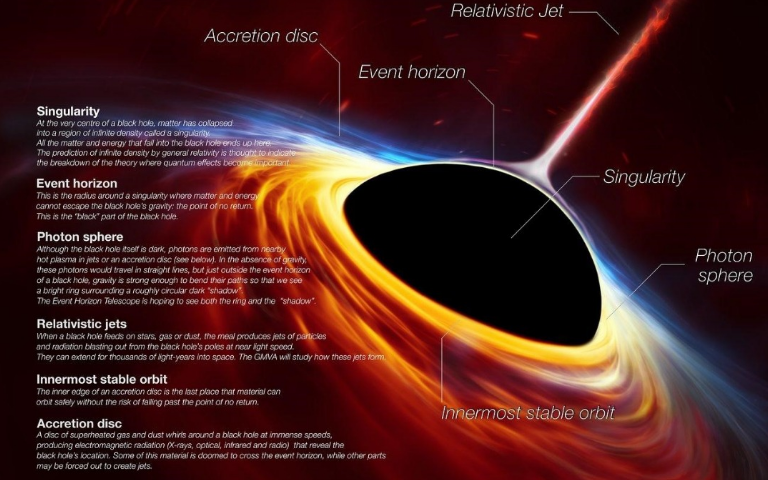 He added that he is not the only Malaysian connection to the historic discovery. One of the co-authors of the papers published yesterday, a Spanish scientist, has just started working as a lecturer at Universiti Malaya.

"So you can see Universiti Malaya as one of the affilliations on the first 2 EHT papers!" Koay said.

Asked what his participation in the EHT team means for Malaysia and aspiring Malaysian scientists, this was his answer:

"What this means is: ‘Malaysia Boleh!’. I am just one of MANY other passionate Malaysian astronomers and scientists, whether based locally or abroad, playing their part in pushing the boundaries of science, making this world a better place, and discovering more about this amazing universe we all live in.

"15 years ago, after graduating as an engineer and being inspired by Stephen Hawking’s ‘A Brief History of Time’, I would never have imagined that I would be doing this today. So I always tell Malaysian students I meet - you’ll never know what will happen if you never try!