Did You Know What Happened To Lord Krishna After The Great War Of Mahabaratha?

Mahabaratha is an epic tale which narrates the battle between the Kauravas and Pandavas that resulted in the great war of the Kurukshetra.

Mahabaratha is an epic tale which narrates the battle between the Kauravas and Pandavas that resulted in the great war of the Kurukshetra.

Today, the wisdom shared by Lord Krishna to Arjuna during the war is preserved in the scriptures of the Bhagavad Gita.

According to legend, the Kurukshetra War commenced after the Pandavas lost their Kingdom as well as their wife, Draupadi, to their cousins, the Kauravas, in a bet. 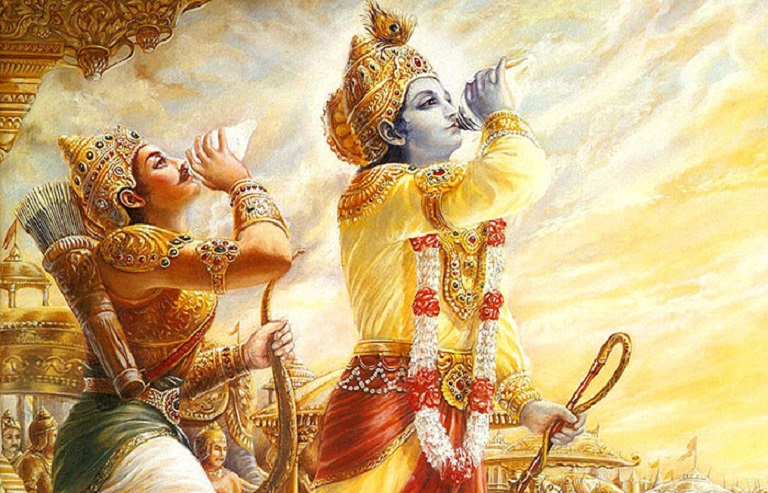 It was Lord Krishna who came to the rescue of Draupadi when she was mistreated and following that, the Pandavas fought the epic war to regain their kingdom with the help of Lord Krishna.

But do you know what happened to Lord Krishna after the war? 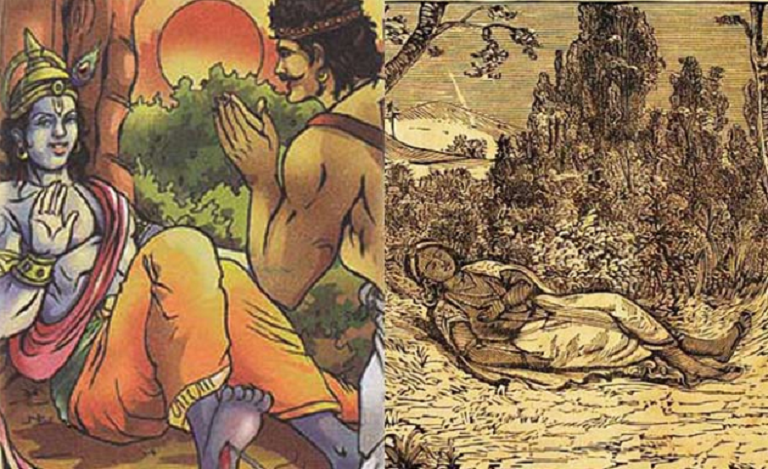 Lord Krishna's journey after the end of Kurushektra War was quite tragic; the entire sequence was explained and described in the Mausala Parva - a nine-chapter part of the Mahabaratha.

Even though Lord Krishna helped the Pandavas to restore 'dharma' in the land, he was cursed by Gandhari, the mother of the Kauravas, who lost all her sons in the battle.

Gandhari: “You may die a painful death, a death that no one would have heard or seen.”
Krishna: “All your wishes will indeed come true mother because you are a virtuous lady.”

36 years after Ghandari cursed Lord Krishna and his clans (Yadavas) to die a painful death, the once 'dharma' filled Dwaraka (Krishna's kingdom) started to crumble.

Krishna's brother Balarama gave up his kingdom and worldly pleasures to attain salvation.

The Yadavas turned into a greedy, selfish and sinful clan, and started fighting among themselves. The city faced floods and famine and started sinking into the ocean slowly.

Krishna realised that the end of Dwapara Yuga and the beginning of Kali Yuga was fast approaching and the world would be filled with adharma.

Krishna left Dwaraka to join his brother Balarama, who attained Moksha upon meeting Krishna. He then began meditating in the woods but was later attacked by a hunter who mistook him for a bear.

Krishna then explained he was serving his karma, and preparing himself for the final phase of Gandhari's curse.

Injured and alone, he lived a lonely life and suffered for days in the jungle before his soul departed from his body. And that's when Gandhari's curse became complete. The minute Krishna's soul departed his body marked the end of Dwapara Yuga and the beginning of Kali Yuga, the yuga which we live in. It is believed that this age will be filled with every adharma that can be possibly committed by a man, and will lead to the eventual destruction of the universe.

Upon Krishna's demise, the city of Dwaraka completely submerged into the ocean. It is believed the remains of the city can still be found underwater. As per Ghandari's curse, Krishna lived a lonely and painful life and his entire Yadava clan was wiped out.

Many Hindus don't accept the demise of Lord Krishna, as the belief is that the Lord that created mankind has no end.

However, many fail to realise Krishna is actually the avatar of Maha Vishnu - who incarnated in the world to guide and spread his wisdom to mankind.

Singles Who Visit This Temple Can Get Married Without Obstacles?

Devotees visit this pilgrimage site to get their marriage obstacles removed...

Here are some reasons why Hindus avoid having weddings during the Aadi month...

Aadi Special: How to Celebrate the Auspicious Days in the Holy Month of Aadi

Aadi month is never a bad or inauspicious month. Instead, it is the perfect month for the worship of Goddess Durga to receive Her blessings. For those who are wondering how to worship the goddess on the different auspicious days, we have a quick guide for you here...