This Eid al-Fitr, Tara HD is going to take you on a Bolly-coaster ride with a string of blockbuster premieres starting from 14th -17th of June. Check out!

This Eid al-Fitr, Tara HD is going to take you on a Bolly-coaster ride with a string of blockbuster premieres starting from 14th -17th of June. Don’t miss the premiere of one of the most successful franchise (Dabaang 1 & 2) in Bollywood from one of the biggest Khans in B-Town, Salman Khan. To begin with, let’s look at some of the interesting facts from both movies;

1. One of the biggest hits and highest grossing film in Hindi cinema in recent times.
2. Sonakshi Sinha made her acting debut in this film opposite Salman Khan. She lost a weight of 30 kg over two years to prepare for her character of a village girl by a combination of proper diet and vigorous exercise.
3. Salman Khan had to try out nearly fifty styles in a span of four months before commencement of the filming. Photo-shoots were held to finalise his look for the film.
4. Dabangg was described as one of the most anticipated films of the year by The Indian Express.
5. Dabangg won several awards: National Film Award for Best Popular Film Providing Wholesome Entertainment and 6 Filmfare Awards, including Best Film and Best Female Debut.
6. It was later remade in Tamil as ‘Osthe’, and in Telugu as ‘Gabbar Singh’.

1. Two years ago, it was Dabangg that started the ‘Salmania’ all over the country. His post-marriage romance with Sonakshi Sinha is also something to watch out for.
2. The film broke the three-day record set by Ek Tha Tiger by netting around ₹583 million (US$8.9 million) in India.
3. Prakash Raj one of the best actors in India and a National Award-winning actor, plays the role of a villain in Dabangg 2.
4. When director Abhinav Kashyap opted out of directing the sequel, Arbaaz Khan himself decided to helm the film

Not only that, there is a whole lot more in the catalogue all through the week to keep you entertained, throughout day and night with stars such as Ajar Devgan, Anil Kapoor, Akshay Kumar and many more. Look at what awaits: 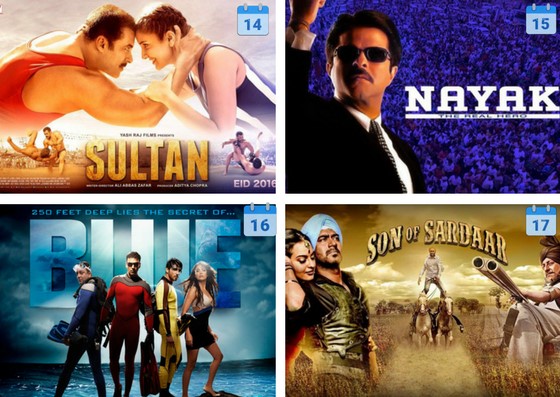 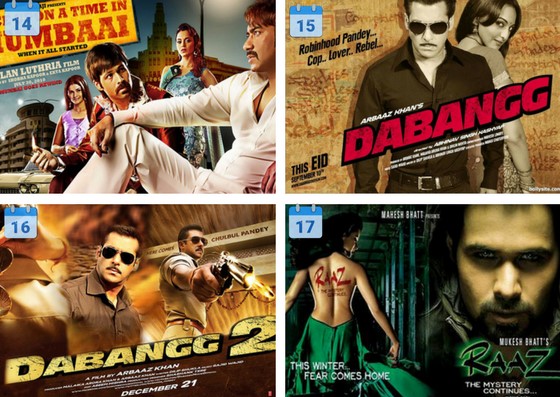 We hope you’re looking forward to spending some quality time with your loved ones accompanied by these hit films at home. Stay tuned to CH108 and enjoy these great movies and BollyLah, apa lagi! ?
#Bollywood