‘Padma Shree Hariharan Live in Putrajaya’ was AH-mazing along with EIGHT mind-boggling moments...

You know he’s a legend when someone who has completed FOUR decades in the music industry makes an epic comeback to Malaysia for his beloved fans.

Presented by ASTRO in collaboration with Venus Production, the three-hour bombastic spectacle concert has etched in our hearts till this moment. Yes, the pillars behind the succesful concert!

Performing at the live concert for the second time in Malaysia, the renowned Indian ghazal and playback singer Padma Shree Hariharan took the night by storm during the ‘Padma Shree Hariharan Live in Putrajaya’ on Saturday (12 November). From performing his super hit songs, including some of his nostalgic 90s, the MAN stole the show! There must be a solid reason for the audience to make this a SOLD-OUT concert. Without further do, let’s read on to know what makes the writer says that ‘Padma Shree Hariharan Live in Putrajaya’ was AH-mazing along with EIGHT mind-boggling moments...
Hashmitha Selvam & Kumaresh Kamalakannan kicked off the concert with a special performance
Good choice of homegrown artists!

The prince and princess of melody took over the magnificent stage with ‘Naan Pizhai’ and ‘Ennai Konjam Maatri’ which got the concert-goers singing along to the chorus.

As the lyrics denote, Adi alaga siriche mugame, both singers sang the song with perfect appearance and smiles.

Host of the night - The ever-charming Aanatha

Donned in a red coat, Aanantha is a household name that needs no introduction in the Malaysian entertainment industry. The multi-talented emcee has unlimited energy and optimism, which led him to kick off the concert for the night with goodie bags for the audience. There’s no doubt that, Aanantha is one of the best among the rest!

Padma Shree Hariharan made his grand entrance with his biggest hit, ‘Anbe Anbe Kollathey’, which sent the crowd into a trance for a moment, and the cheering from the audience welcoming Hari Ji was powerful. As the lyrics denote…the audience swayed away by his alluring voice. Each note met with multi-colored psychedelic lights flashing across the stage and carefully-timed visuals on LED Screen. Haripriya and Srinisha - The diamonds who stole the night show

Both supremely talented playback singers, Srinisha and Haripriya, were all on top of their games. It was a concert that had a heavy dose of nostalgia. From belting out 'Konjam Nilavu', ‘Mallipoo’, ‘Maiya Maiya’, ‘Sendhoora’, and ‘Sowkiyama’, their mellifluous voice takes you through those memories. A spellbound moment, tho! Who would have thought the 67-year-old charming man could dance along with the music beats?

His dance steps for ‘Come on baby, let’s go on the Bullet’, were way too cute, and the audience started to grab their phones to record the memorable moment.

Thousands of tiny torch lights emerging from the audience waving their phones gave the night an ethereal spectrum of night. His voice was euphonious throughout the night as it resonated in the entire Convention Centre. There’s no doubt when it comes to his singing prowess, humour, and engagement with the audience - it sums up an epic night! Electrifying band for the magical night

What is a concert without an extraordinary band of musicians?

The incredible troop of 7 musicians who stood as tabla, drummers, pianist, flutist, guitarists, percussionists, and other instrumentalists blew our minds that night. Let’s give a pat on the back to musicians who gel precisely for every song that Padma Shree Hariharan and two playback singers performed.

We literally could feel the POWER of this particular song!

As the stage filled in stunning visuals of ‘Chitti’, the robot, it got the entire audience groove in exuberance. It was - DOPE! 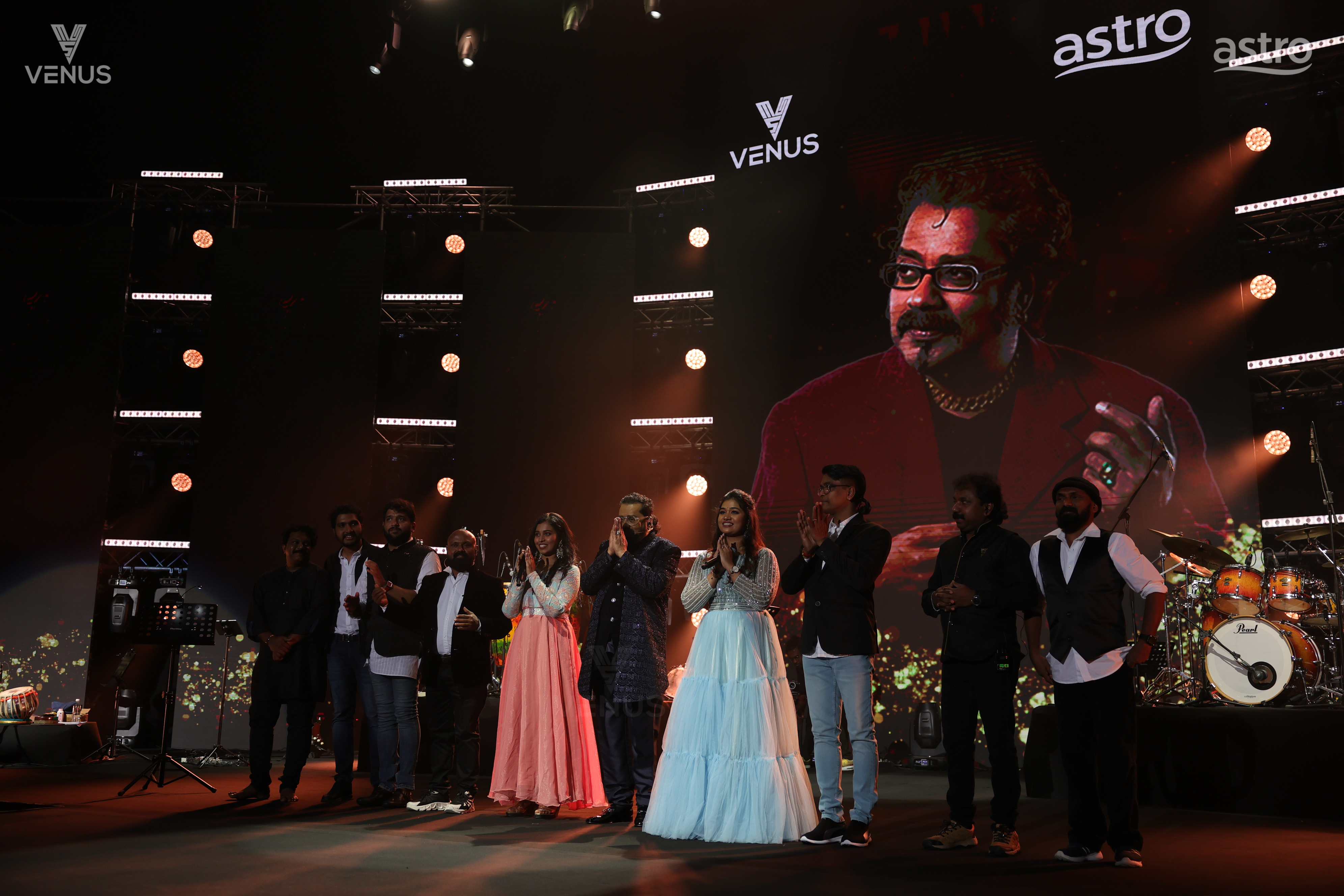 Padma Shree Hariharan understands what his fans want from him and he managed to deliver as much as he can throughout the entire concert. Indeed, a great treat for every music lover by ASTRO in collaboration with Venus Production.

Padma Shree Hariharan live in Putrajaya was sponsored by BOH Tea and was presented in collaboration with Venus Production.