Jelutong MP YB Sanisvara Nethaji Rayer is a lawyer who's involved in Malaysian politics for many years...

Jelutong MP YB Sanisvara Nethaji Rayer is a lawyer who's involved in Malaysian politics for many years.

Being the former state assemblyman for Seri Delima, Penang for the 2008-2012 and 2013-2017 terms representing the Democratic Action Party (DAP), Rayer became Jelutong's Member of Parliament in Malaysia's fate-changing 2018 election with a staggering 50,700 votes.

His opponent Baljit Singh Jigiri Singh of Gerakan and Tan Sim Bee of Malaysian United Party didn't stand a chance against him as they only managed to garner a collective 12,966 votes.

He started his political journey with 'Jelutong Tiger' the late Karpal Singh. Rayer was appointed as the campaign director for Karpal Singh in the year 1995 and was inspired and mentored by him to join politics. 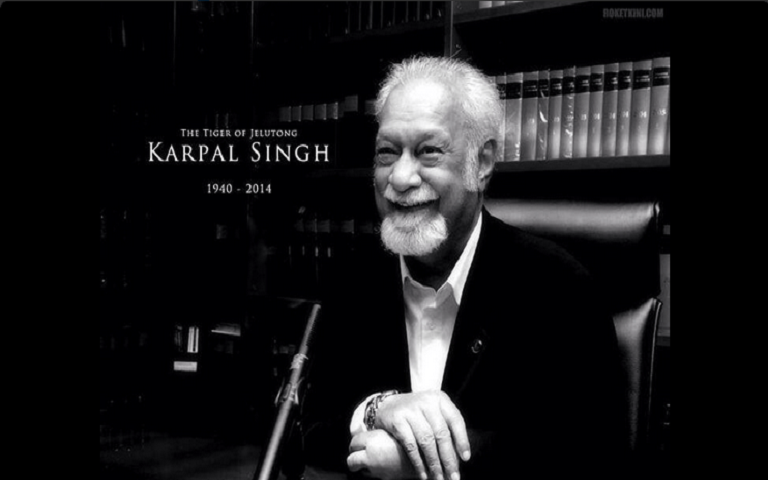 In Malaysia, Rayer is famous for his controversial remarks made towards the former ruling party! His 'UMNO celaka' (damned UMNO) remarked caused him to be charged under the Sedition Act in the year 2014 but was discharged by the Sessions Court afterwards.

After being in the opposition party for years, Rayer is now a part of the ruling government.

At the moment, Rayer's main focus is to curb the constant flood issue in Sungai Penang, which is the main problem faced by the Jelutong citizens.

"I'm here to serve the people. Hence, I'm available 24/7 if they want to see me regarding the problems they are facing," he added.

YB Rayer joined us on Vizhuthugal to talk about his plans for his people. Check out his interview here:

This is What Thalaivar Rajinikanth's Doing After Saying 'NO' to Politics!

Guess what is Superstar Rajinikanth's next plan after dissolving his political party!

Rajinikanth makes an important announcement regarding his political entry, ends the ongoing speculations...

Umno-Bersatu Rift: Are We Facing Another Political Crisis?

The country could undergo yet another political turmoil soon, just as the COVID-19 pandemic continues to rage on. Here's why...

Jelutong MP YB Sanisvara Nethaji Rayer is a lawyer who's involved in Malaysian politics for many years...