It's hard to believe that such a distasteful act degrading women happened in the land that worshipped female goddesses!

Chelvi Krishnan
This is a long-forgotten tale of bravery and sacrifice. Back in British-ruled India, women of lower castes in the state of Travancore (a part of Kerala) were forbidden from covering their breasts as it was a 'privilege' reserved for those of higher castes. If they still chose to cover their breasts, they were forced to pay hefty taxes called 'Mulakkaram'. 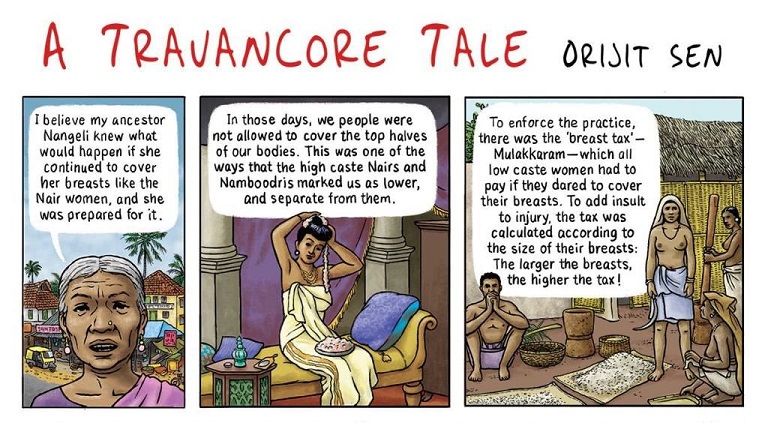 The practice is a reminder of the social structure that was in place back then. It was a social norm to define the divide between the castes with clothes and dressing. Royal officers collected the tax from the women and the amount varied based on breast sizes. It's hard to believe that such a distasteful and degrading act towards women happened in the land that worshipped female goddesses!

A woman of the Ezhava caste, Nangeli, decided to defy the system. She refused to pay the taxes and when forced, she laid a plantain leaf in front of the collector, cut off her breasts and placed them on it, instead of the money. Shocked, the officials retreated.

The bold woman eventually succumbed to her wounds and died of severe blood loss. Her husband, finding her dead, jumped into her funeral pyre during her cremation. The next morning, the tax was abolished. However, the woman's relatives paid a heavy price for her defiance - they were all forced to leave the village.

Even though it's not stated in any history textbook, Nangeli's bold protest against the authority of her suppressors—higher caste officials—is known all around Kerala even today.

One of her descendants, Maniyan Velu (her cousin's great-grandson), is upset that her sacrifice is not recognised. He's now an old man living modestly with his children, who are farm labourers.

In an interview with the BBC, he said: "We feel so proud that we are her family. All we want is that more people should know about her sacrifice. It would be befitting if her name was made a part of this region's history." 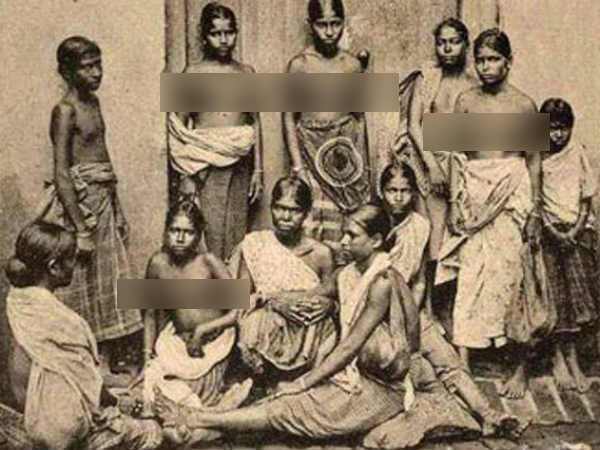 Her selfless act brought a century-old misogynistic tradition to an end. The place in which she protested and cut her breasts is now called Mulachiparambu meaning 'the breast woman's plot'. An artist named Chitrakaran T Murali recreated the scenes using his series of paintings in her honour.