Irrfan Khan has kept away from the media glare ever since he shared he was suffering from a rare disease in March 2018.

Irrfan Khan has kept away from the media glare ever since he shared he was suffering from a rare disease in March 2018. However, earlier this month, this talented star announced his return to films after the treatment in London:

Soon after, the first look of his upcoming film 'Angrezi Medium' has created a wave of excitement among his fans. The actor looks better than ever and seen standing in front of a sweetshop in the picture. Take a look:

GMB serving since 1900s It’s going to be fun to tell another story #AngreziMedium.

Last year, in conversation with Times of India, Irrfan revealed that he was diagnosed with a high-grade neuroendocrine cancer and shared his recovery journey. 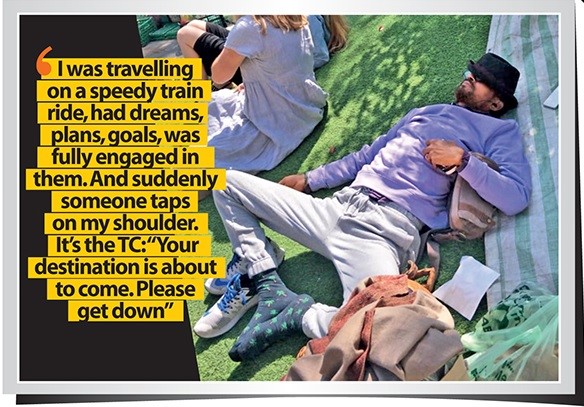 Speaking to Anshul from TOI, “It’s been quite sometime now since I have been diagnosed with a high-grade neuroendocrine cancer. This new name in my vocabulary, I got to know, was rare, and due to fewer study cases, and less information comparatively, the unpredictability of the treatment was more. I was part of a trial-and-error game,” said Irrfan.

He continued, “In this chaos, shocked, afraid and in panic, while on one of the terrifying hospital visits, I blabbered to my son, ‘The only thing I expect from ME is not to face this crisis in this present state. I desperately need my feet. Fear and panic should not overrule me and make me miserable.’ That was my INTENTION. AND THEN PAIN HIT.”

“As I was entering the hospital, drained, exhausted, listless, I hardly realised my hospital was on the opposite side of Lord’s, the stadium. The Mecca of my childhood dream. Amidst the pain, I saw a poster of a smiling Vivian Richards. Nothing happened, as if that world didn’t ever belong to me. I was left with this immense effect of the enormous power and intelligence of the cosmos. The peculiarity of MY hospital’s location – it HIT me. The only thing certain was the uncertainty. All I could do was to realize my strength and play my game better,” Irrfan said. 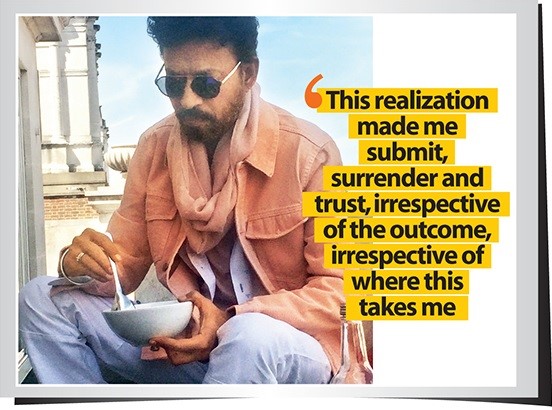 Many Bollywood celebrities tweeted supportive messages for Irrfan and wished him well.

Glad to see that he's back to the film sets to give yet another wonderful performance!
You Might Be Interested:
Kollywood Celebrities Who Battled Fatal Illnesses And Won!
Drinking Carbonated Drinks Can Cause Cancer & Depression?
5 Reasons Why You Should Take Turmeric Every Morning

Priyanka Chopra Shuts Down Divorce Rumors with This Comment!

Actress Priyanka Chopra has rubbished divorce rumors with hubby Nick Jonas by making a comment on his post!

Actress Preity Zinta took to social media to announce the birth of her twin children - Jai & Gia. Congratulations to the lovely couple...

Bigg Boss Mahat Is All Set To Make His Bollywood Debut!

Majat Raghavendra will be playing the lead role in the Bollywood movie together with actress Sonakshi Shinna and Huma Qureshi....

A tragic accident robs the lives of the late actor Sushant Singh's relatives. Here's what happened...

Is actress Nayanthara no longer a part of director Atlee's Bollywood film with King Khan?

Actress Shriya is having the time of her life with her family in Goa. Check out the pictures here...

Catch Your Favourite ‘Kollywood Queens’ on Pop-Up Channel 100 This Dec, Only on Astro

Actress Samantha Reveals Her True Feelings About the Year 2021!

Actress Samantha has described the year 2021 in one word. Here's what she said...