Nestled in the silky white snow among the Himalayan mountains is Tungnath, the highest Shivan temple in the world located at 3,680 meters above sea level.

The over 1,000-year-old Tungnath is one of the five Panch Kedar temples in India that includes Kedarnath, Rudranath, Madhyamaheshwar, and Kalpeshwar located at the high altitude of the Himalayas. The sixth temple is located in Kathmandu, Nepal.

Devotees often go on a pilgrimage to visit these Panch Kedar Temples that are associated with the Panch Pandavas and the sacred Tungnath Temple is only open to visitors for half a year as the temple will be covered in thick snow blankets from November to May each year. 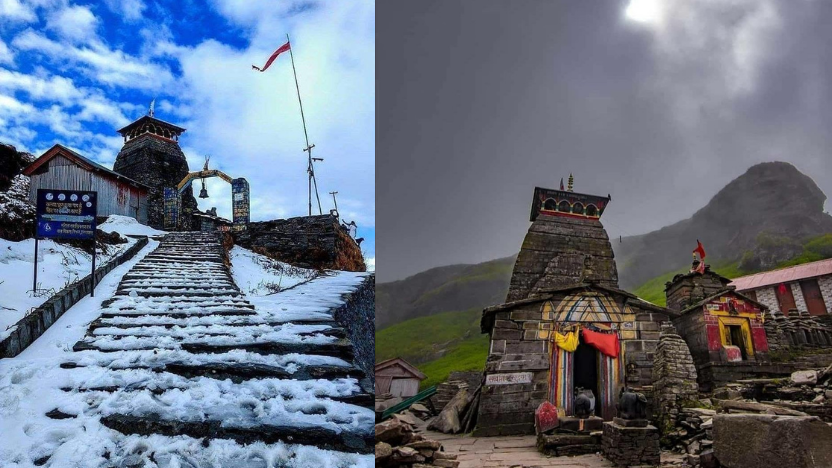 The Legend Of Panch Kedar

According to the legend, these Panch Kedar Temples were built by the Pandavas who traveled in search of Lord Shiva - to seek his forgiveness.

After the epic Kurushetra War in Mahabaratha, the Pandavas goes on a pilgrimage to atone for their sins of killing priests and their relatives during the war. They handed over their kingdom to their kin and headed to Varanasi to get the blessing of Lord Shiva.

However, Lord Shiva was unhappy with the deaths and deceit that took place during the war, assumed the form of a Nandi (bull), and went into hiding in the Garhwal region.

Bhima, one of the Pandavas, spotted a bull at Guptakashi and immediately recognized it as Lord Shiva. He captured the bull by its tail and hind legs. The bull disappeared only to reappear later in parts - hump at Kedarnath, navel to stomach at Madhyamaheshwar, face at Rudranath, and hair at Kalpeshwar.

The Tungnath Temple is believed to be the place where the bull's arms reappeared and are the third to be visited during the Panch Kedar pilgrimage.

The sixth temple that's associated with this legend, Doleshwor Mahadeva Temple, is situated in Nepal, and according to the legend, the bull's head appeared at this location.

Pandavas who were pleased to find the raising parts, build the temples to worship Lord Shiva, and to get rid of their sins. 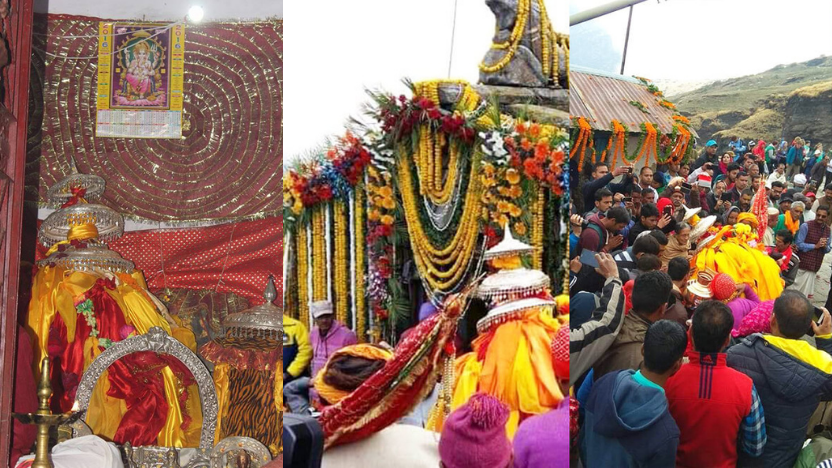 Tea and Isaignani Music: This Chennai Stall is a Living Monument to Ilaiyaraaja

Fancy sipping a glass of piping hot tea while listening to an endless stream of Ilaiyaraaja songs? Then head to this stall in Tamil Nadu, which is a 'living monument' for the musical genius.

The Best 7 Honeymoon Spots to Visit In India!

India has some pretty incredible places to spend your honeymoon at! Check it out...