Revathi
Jasmine Selvarani Emmanuel may have 45 individuals calling her 'mother', but none of them came from her womb.

It's not that the 60-year-old Head of Centre of Foundation Studies in Wawasan Open University couldn't give birth to her own children, but she has made it her life mission to raise 45 children from different races, as her own.

The Vibes spoke to the selfless woman, who recalled the words she heard in her teens, that made her dedicate her life to raising others' children.

"I went to a children's home for some charity work, and I was carrying this chubby baby. When I put the baby down, he started to cry because the babies there are hardly carried or cuddled.

"It was then a teenage girl, an orphan who lived in the home, said to me 'Do you think we are a zoo or a museum? You people come here to ease your conscience because you think you are doing your duty for the unfortunate. Today you carry this baby, tomorrow who carries this child?'" Jasmine told the portal.

The words cut into Jasmine deeply, and that very night, she prayed that if she were to marry when she grew up, it would be to a man who will love other people's children as his own.

On the very first year of their marriage, the couple took in a number of children from East Malaysia, whom Jasmine had come across when she teaching at Sekolah Menengah Sains Tun Syed Sheh Shahbudin, a boarding school in Bukit Mertajam, Penang.

The children were homesick after being uprooted from their longhouses, and struggling to adapt to the Malay culture in the peninsula. This was compounded by the fact that the children only had plane tickets to return home once a year, and they had nowhere to go for Christmas, as the hostels were closed during the holidays.

It was at this point of time that Jasmine and her husband to take the children in, and they have never looked back since. 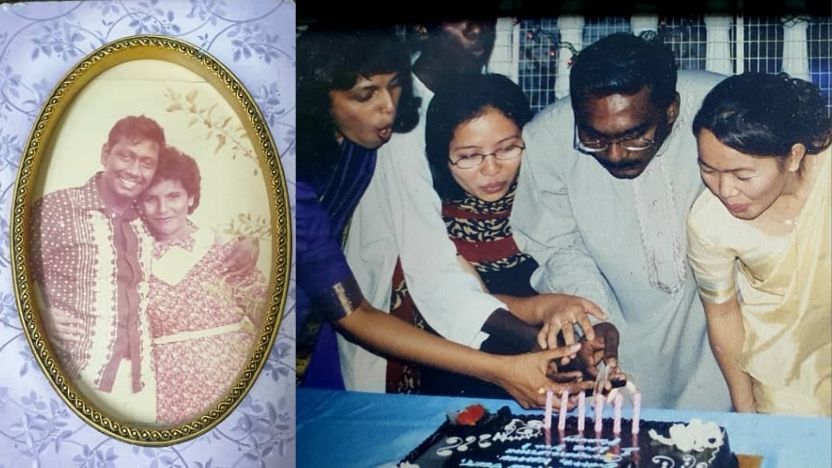 At the years passed, the couple adopted more youths who were referred to them by their church and community groups for having suicidal tendencies, as their own.

"Somehow people just followed my husband and me. So they came to our home, and we helped them.

"We were newly married then. Because of this, we chose not to have our own children - we wanted our lives to be for these kids," she told The Vibes.

"Both of us felt like there is only one life, and if we can make this difference, why not? So we decided to nurture and mentor them."

The couple's noble cause did not come without challenges. They have had people question them about their fertility, but they did not pay heed to any criticism.

According to Jasmine, her mother-in-law was very supportive of their choice of not having any children of their own, even though her husband was the woman's only son.

Fifteen years into their selfless work, tragedy struck as Jasmine's husband died of a heart attack.

Despite his passing, Jasmine continued to support the children they had taken in - who had by now, entered university.

"I had this family, I could have chosen to walk away, but how can you walk away from your own? These are the children I cradled in my arms when they are crying, when they are distraught.

"So I became a single mom to 45 children, but I did not take in any more because I felt that though I am a mother figure, these kids needed a strong father figure."

Today, Jasmine has witnessed her children graduate, get married and even have their own children. Some of her children are lawyers, doctors, and engineers, and they still come and visit Jasmine at her home with their new families.

"These children, they are born of my heart, not of my womb. My story is just a different kind of story," the selfless mother was quoted telling the news portal.

Kudos Jasmine for your selfless and noble act. You are truly an inspiration for all mothers out there.