Malaysia's acclaimed filmmaker Karthik Shamalan is back again to give us another beautiful tale of love, "Adai Mazhai Kaalam".

Acclaimed Malaysian filmmaker Karthik Shamalan is back again to give us another beautiful tale of love, 'Adai Mazhai Kaalam' or AMK. The teaser and posters of the film have been making waves among his fans and generating tremendous excitement. The music by Shameshan Mani Maran is also receiving positive feedback from viewers.

And it's not just that. In the wake of the teaser's release, more exciting news has surfaced: renowned singer Hariharan has given his voice to one of the melody track of AMK. 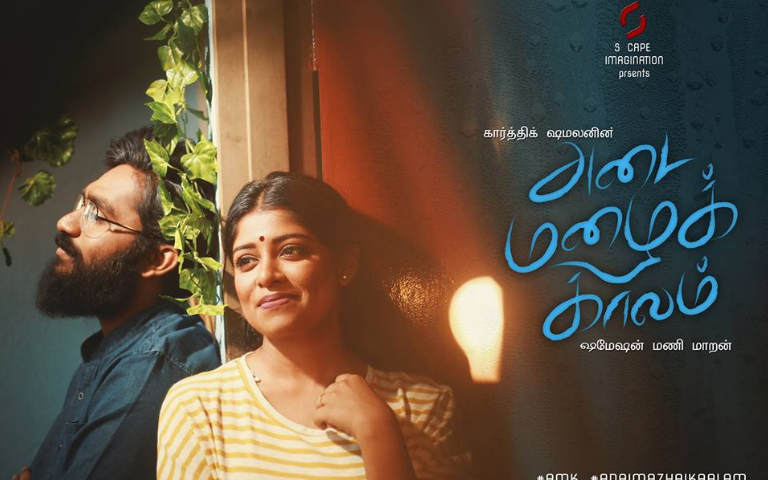 When contacted, director Karthik told Ulagam how the collaboration came to be:

"It was a sudden thought. We (Shameshan) randomly listened to Hariharan's 'Vennmegam Pennaaga' song and realised that his voice would be perfect for our melody track. We found his agent in Chennai and tried to contact him. He liked the music and agreed to sing for us. We flew to Mumbai and the recording was done in 2 hours!"

However, in a short period of time, Karthik and Shameshan learned a lot from the legendary singer. He asked Karthik to narrate the full story before beginning the recording session.

"For him, it was necessary to understand the mood of the film and the scene he will be singing for. That's the first difference we noticed. He changed the modulations and improvised the song beautifully to suit the needs of the film. It was a great learning experience for me and Shameshan," Karthik explained.

The film's composer Shameshan also shared the ' emotional moment' with us in his own words: 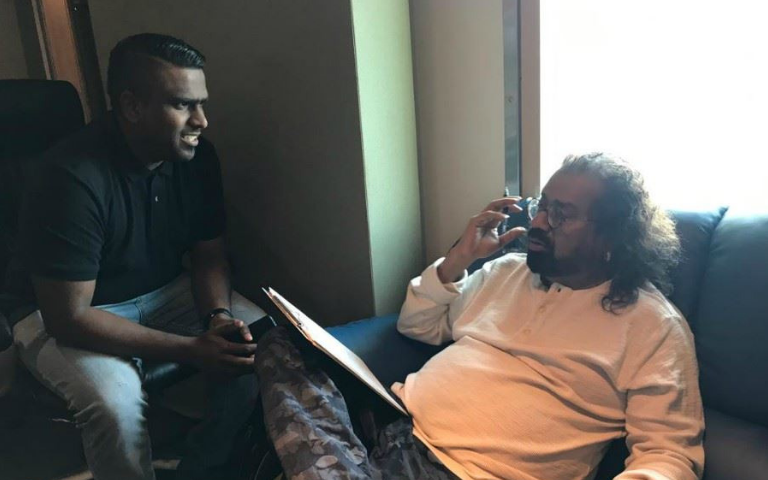 "I could understand why he's a legend. I've worked with quite a number of playback singers, but never before have I seen a singer taking such an effort to understand the character, story, visual aspect of the song before introducing their own improvisations."

The suggestion for Hariharan to sing on the soundtrack was a playful one from Shameshan, and he initially thought it was 'too ambitious to get hold of singer Hariharan himself'. In fact, Shameshan couldn't believe it was really happening even until the very last moment, when they were sitting in Hariharan's Mumbai studio.

Here's a glimpse of singer Hariharan recording a song for Karthik Shamalan's Adai Mazhai Kaalam! Stay tuned in this space to find out more about the upcoming movie. @karthikshamalan @shameshan @logavarman

"It felt like a dream. We didn't want to announce it until we had done the recording. I was finding it hard to believe," he exclaimed.

Talking about his music in AMK, Shameshan explained how the film travels through different phases of the main character's life, which required music to be from different time periods as well.

"As much as it was challenging, it was also fun working alongside my close friend Karthik Shamalan," Shameshan added. AMK will feature Loga Varman Strideran, Thia Lakshana, Jaykishen, Vicknes Rao, Velarasan, Evarani, and KS Maniam. It's expected to hit the theatres by the end of the year or early next year.