This Mother Has Been Waiting for 10 Years to See Her Daughter!

M. Indira Gandhi’s daughter, Prasana Diksa, has been missing for 10 years. The girl, 11 months old the last time her mother saw her, was taken by her father, Muhammad Riduan Abdullah, who had converted to Islam.

Prasana was converted to Islam by her father without Indira’s consent and the case has become the most notorious example of unilateral conversion of a minor in this country. To make matters worse for Indira, she never saw her daughter again after she was taken away by Riduan. According to media reports, police have received information that Prasana and Riduan have been sighted in Kelantan and Johor, but have not found them despite visiting the locations of the alleged sightings.

The IGP also said the police will investigate if the father and daughter are in Thailand.
It’s good to see the police taking more steps to find the child and hopefully reunite her with her mother.

The Ipoh Syariah Court granted Riduan custody of Prasana and his two other children in 2009. However, a year later, the Ipoh High Court ordered custody to be given to Indira and three years later annulled the children’s conversion, saying it was unconstitutional.

Riduan was ordered to return the children in 2014, under threat of arrest, but didn’t do so. The case continued in the courts until 2018, when the Federal Court, in a unanimous decision, said unilateral conversion was unlawful.

In fact, the previous Barisan Nasional administration tried to table a bill in Parliament to amend the Law Reform (Marriage and Divorce) Act to ban unilateral conversion and bring the law in line with the Federal Court’s ruling. 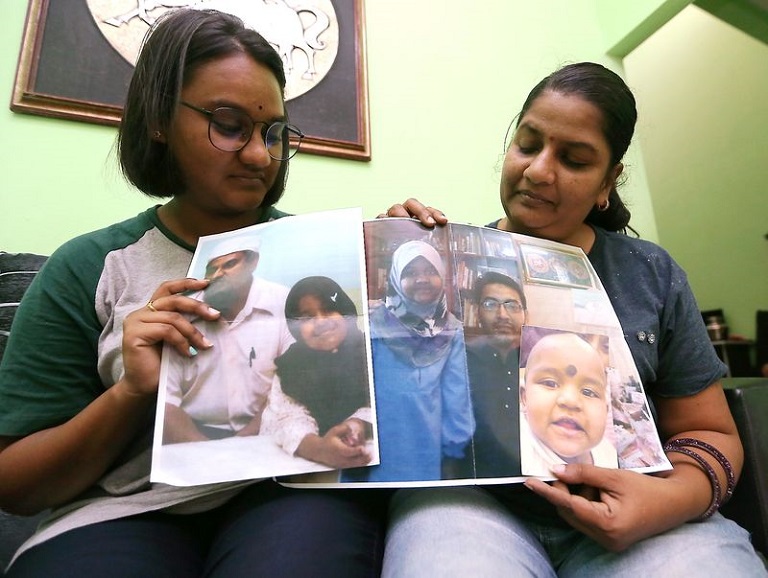 However, the bill was withdrawn after strong objections.

Disappointingly, the Pakatan Government said it had no intention of adding Clause 88A to the Act, and so any matter related to the unilateral conversion will still have to be decided by the courts.

An argument on elephants understanding Tamil got DAP lawmaker RSN Rayer booted out of Dewan Rakyat yesterday. Here's what happened...

The court orders in favour of actress Samantha, but....

Check out the lovely pictures from the birthday party here...

Samantha Takes a Trip to Dubai with Her Stylist Friend Julkaker

Actress Samantha packs her bags again and flies to Dubai. Guess who joined her trip this time around...

Abishek Raja provides clarification regarding the viral video after his Bigg Boss exit...