Shuman
Have you ever visited the Triveni Sangam located in Allahabad, North India?

Triveni Sangam is a famous pilgrimage destination in India which holds the largest gathering of devotees during Kumbh Mela every year.

Thousands of devotees pour in to take a purification bath in the holy river, where they believe three important rivers - Ganga, Yamuna, and Sarasvati, come together. 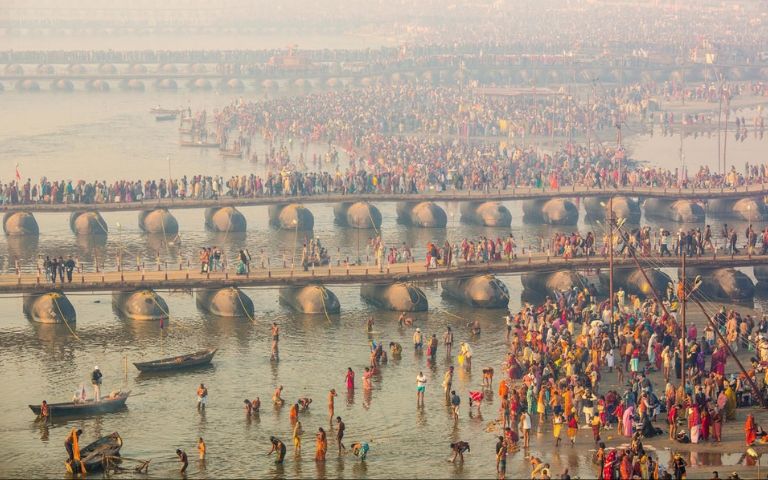 Then why do the locals and the devotees believe that Sarasvati river is merging with the other two sacred rivers in Triveni Sangam?

The Controversies Behind Sarasvati River

Even though the Sarasvati river is said to have dried up during the ancient time, some still believe the mystical river is still flowing but have yet to be discovered by mankind.

To date, many scholars and researchers have undertaken research to locate the ancient riverbed of Sarasvati.

Some say that the dried-up Ghaggar-Hakra river which once flowed along the Indus Valley Civilisation (2600-1900 BCE) is the Sarasvati river. However, scientific research conducted by Professor Sanjeev Gupta of Imperial College and his team, published in November 2017, partially weakens the theory that Saraswati is the Ghaggar-Hakra.

Amid the debate of its existence and its location, some find it unclear on which river the authors of Rigveda had in mind when they mentioned Sarasvati.

In the meantime, in 2015, the Bharatiya Janata Party (BJP) started an initiative to excavate the river after claiming to have found the traces of the riverbed in Northwestern India.

In 2019, the government approved 11 projects to ensure regular flow of fresh water into it with the belief that their attempt will resurrect the river.

Despite the efforts to resurrect the river and the quest to locate the mystical river, it is believed that the real Sarasvati River flows through the heart of its believers. This is why thousands of devotees flock to the Triveni Sangam to take a bath in the sacred rivers of Ganga, Yamuna, and Sarasvati, annually.