To find out more about YB Dr. Xavier Jayakumar's vision and plans for Malaysian Indians, watch his interview at Vizhuthugal!

YB Dr. Xavier Jayakumar is not a new name among Malaysian Indians, especially Selangorians. By profession a dentist and a leader who connect deeply with the people, YB Dr. Xavier is often applauded for his on-the-ground work to enhance the lives of the people.

Born in an estate in Tanjung Rambutan in Ipoh, he briefly studied at Langkawi where Tun Mahathir was a medical officer at that time.

“My father used to chat with Tun Mahathir. Back then, Langkawi was different. It’s a 3-hour boat ride to reach the island. Thing’s have changed now,” he reminisced.

Later, he went on to complete his school education at Ipoh and pursued Dentistry in India’s Manipal College of Dentistry. His political involvement began in 1998 when he believes the reformation actually began.

“I started to attend Dato' Sri Anwar Ibrahim’s speeches. He envisioned a party where all races can unite. That idea attracted me. That was my opportunity to finally contribute to the country,” he added. 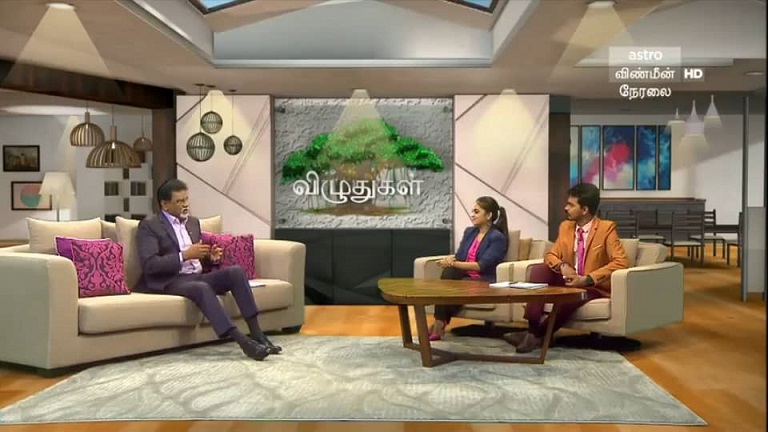 After years of struggle and sacrifice, now Pakatan Harapan has received the trust of the people and a massive win at the recent elections.

“I still can’t believe it. Sometimes I pinch myself to make sure it’s not a dream. For this very moment, we were struggling for 20 years and Dato' Sri Anwar Ibrahim was in jail for 10 years,” he said.

When asked about the issues concerning the Indian community in Malaysia, he explained that a new cabinet committee led by Tun Mahathir himself will be set soon.

“The main obstacle is that reaching the people who don’t have any documents like the birth certificate or IC. We are currently finding effective measures to solve this problem,” he explained.

YB Dr. Xavier further added that the Indian community needs to be nourished with education. "This is the reason why out of 25 promises made by Pakatan Harapan to Malaysian Indians, 4 promises are education-related," he added.

To find out more about his vision and plans for Malaysian Indians, watch his interview at Vizhuthugal:

The internet is in love with the story of congregants of a surau in Ampang coming to the rescue of an Indian woman, whose car got stranded in the middle of the road during peak hour traffic.

"Autism Is Not A Disability, It's A Superpower," Says Big Stage Tamil Winner Arulini!

Survey: Malaysia One of the Most Stressful Countries to Drive In

Malaysia has had the dubious honor of ranking eighth in the list of countries most stressful to drive in. Here's why.

Local artist Bala Murughan Parani Kumar has entered the Malaysia Book of Records (MBR) for the second time this year, by creating the "Biggest Lippan Artwork."

The Malaysian Book of Records on March 11 honored Tan Sri Devaki Krishnan in conjunction with her 99th birthday, by recognising her as the first Malaysian woman to hold public office in the country's history.

Tremors from a 6.2 magnitude earthquake in Sumatera were felt across several states in Peninsular Malaysia today.