Navarathiri is one of the biggest and grandest celebration, celebrated across India and several other countries. This festival signifies the triumph of good over evil, the victory of Goddess Durga over the demon king Mahishasura.

During the war between Durga and Mahishasura, Durga takes nine different forms over nine days to win over the demon. These forms are celebrated over 9 days and the victory at the end is celebrated as Vijaya Dasami. 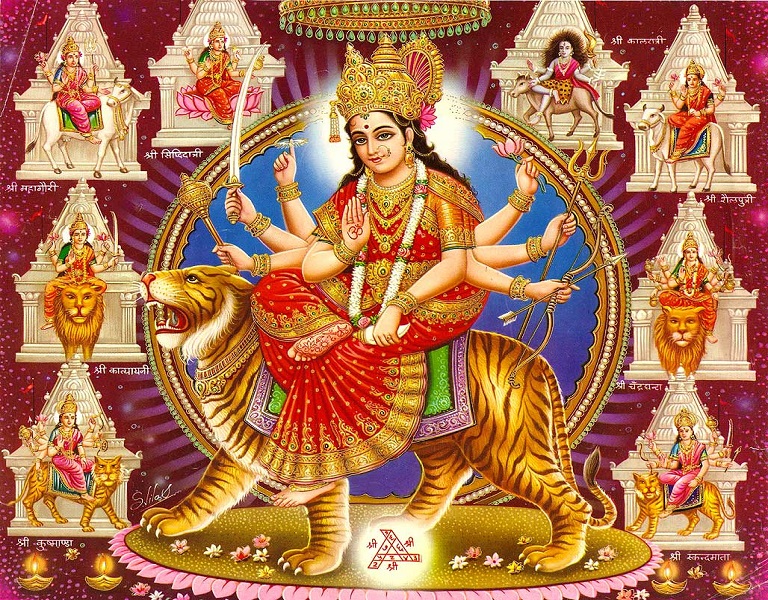 On the first day of Navarathiri, Durga is worshipped as Goddess Maaheswari who slayed demons Madhu and Kaidaba. It's auspicious to offer ven ponggal during the prayers.

On the second day, Durga is worshipped as Rajarajeswari, also known as Kowmaari. Offer puliyodarai, puttu or mangoes as the neivedyam.

On the third day, Durga took the form of Varali Ambigai to fight Mahishasura. It's best to offer sakkarai ponggal and ellu podi on this day.

On the fourth day, the form of Lakshmi was taken to rage war against the demon king. You can offer curd rice, green peas, groundnut sundal or leman rice during the prayers.

On the fifth day, Durga is worshipped in the form of Vaishnavi. Ven ponggal, vadagam and payasam are among the neivedyam that can be offered.

On the sixth day, Durga took the form of Indraani. And it's best to prepare coconut rice and ellu sadam for the prayers.

On the seventh day, goddess appeared as Saraswathi, also worshipped as Annapoorani. Lemon rice, kalkanu sadham or sakkarai ponggal can be offered as the neivedyam today.

On the eight day, the goddess took the form of Narasimhi and kills demon Rakhtabeehan. Offer paal saadam and appam as the offering.

On the ninth day, the form of goddess Chamundi was taken with a bow and arrows. Offer ellu sadham and konda kadalai sundal as the neivedyam.
#Culture#Hinduism#navarathiri