Nine Offences that Will Get You in Trouble With the Taxman

It's the time of the year again, to file your taxes. Here are nine common offences that you will get you in trouble with the taxman.

Shuman
It's the time of the year again, to file your taxes. The e-filing (filing your taxes online) window began on March 1, and ends on 30th April (for the employed) and 30th June (for those doing business), as it does every year.

Before you start crunching the numbers, here are some tax-related offences that WILL land you in trouble:

1) Lying about how much money you make

This is the most obvious offence - underdeclaring how much you earn. According to Section 113(1) of the Income Tax Act, offenders who commit this offence can earn you between RM1,000 to RM10,000 in fines, plus a whopping 200 percent of the undercharged tax. This if you are lucky enough to not have criminal proceedings taken against you.

And contrary to the common misconception, freelancers have to declare their income, and pay taxes too, although at a lower rate than the employed/business people. If in doubt, contact your nearest Inland Revenue Board (IRB/LHDN) for clarification.

2) Not submitting your tax return form

You are expected to declare your income as long as you are considered as earning a chargeable income. Even if you take a paycut along the way, and don't earn enough to pay tax, you are still required to declare your income, or risk being marked as a tax evader. This would land you in trouble with a tax audit, so make sure you get your facts, and numbers right when you file your returns.

3) Not paying your taxes

The most obvious 'mistake' that could land you in BIG trouble with the IRB. Under Section 114 of the Income Tax Act 1967, tax evaders can be fined between RM1,000 and RM20,000, in addition to 300 percent of the tax they have evaded, plus get barred from leaving the country!

Not paying your taxes within the stipulated time can also get you in trouble, to the tune of 10 percent on top of the amount unpaid on the due date, plus an additional five percent if that increased amount is still not settled within 60 days.

Those having trouble settling off the amount are actually given leeway by the IRB to discuss paying off in instalments. All you have to do is reach out to your nearest IRB office. So you have filed your taxes and applied for several exemptions, but don't have the relevant documents to support them. This could land you in trouble with a fine or even a year in jail. Malaysian tax laws stipulate that documents on chargeable income are to be kept for at least seven years, whether or not you are eligible to pay taxes.

Consider keeping documents, receipts, or invoices electronically as ink tends to fade over time. Whatever tex relief you are applying for, keep the receipts for proof, to prevent the taxman from coming after you after many years.

5) Not informing IRB of your new address

This goes without saying, but helping anyone commit a crime can land you in trouble in any country. The Income Tax Act stipulates that people who help others file incorrect returns, leave Malaysia without paying taxes, obstruct tax officers from performing their duties, and tax officials themselves committing offences, can be subjected to the SAME punishment as the tax offender.

7) Not letting an officer do their job

Preventing any government official or personnel from performing their duties is an offence punishable by law, and this is no different for the taxman. You can be fined up to RM10,000, or jailed up to a year, or both, if you prevent a tax officer from entering a land or building for investigation, refuse to provide book or documents requested by the officer, refuse to help in investigations by the officer, or refuse to answer any questions asked by the officer.

Under the country's tax laws, every employer is required to provide EA form to each employee, detailing how much the latter earned the previous year, how much deductions were made, and how much the taxable income is. Employers who fail to do this can be fined up to RM20,000 and jailed a maximum of six months.

9) Leaving the country without paying your taxes

If the department believes that a person is likely to leave Malaysia without paying the taxes owed, it can issue a certificate containing details of the unpaid tax to the police or immigration to prevent from leaving the country until the person settles the dues. Still trying to leave, or leaving the country after being barred from do so, can land you in deeper trouble; including being dined up to RM20,000, arrested by the police or the immigration, or jailed up to six months. 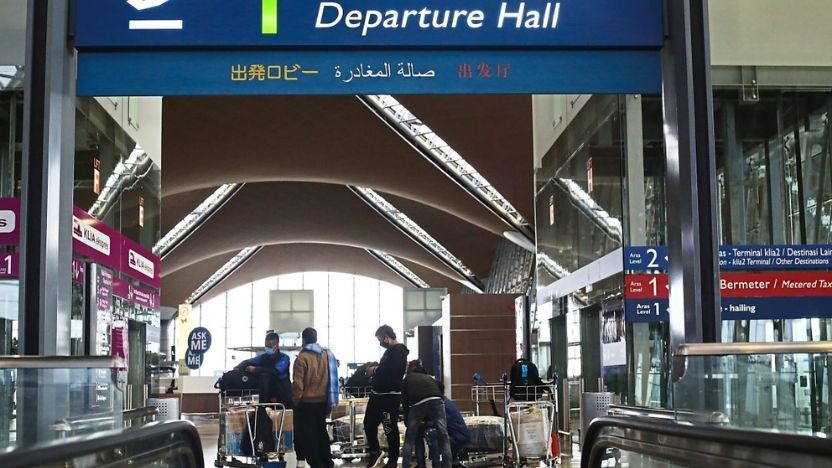 So there you go, some big NOs when filing your tax returns. If you have any doubts or need more information about tax-related matters, please contact your nearest IRB office, whose numbers can easily be found online.