No Elimination This Week in Bigg Boss 2?

On their first day together, Bigg Boss contestants were settling unusually well in the villa. But, there is a twist. Let's see what happens when they find out!

On their first day together, Bigg Boss contestants were settling unusually well in the villa. They were somewhat thrilled to see Bigg Boss Oviya with her big grin spreading love and positivity. Sadly, she left the villa sooner than she came.

Just when everything was going well, the first surprise came as four contestants were not given their luggage. This move was expected to create friction, however, the other contestants were all helpful and accommodating to the unfortunate luggage-less contestants.

As the show went on, we can’t help but compare this season with the previous one. Everyone seemed to be getting along so well initially. Anand Vaidyanathan giving vocal lessons, Senrayan's comic moments and the girls bonding, it appeared too good to be true until the 'leader' selection process was announced. 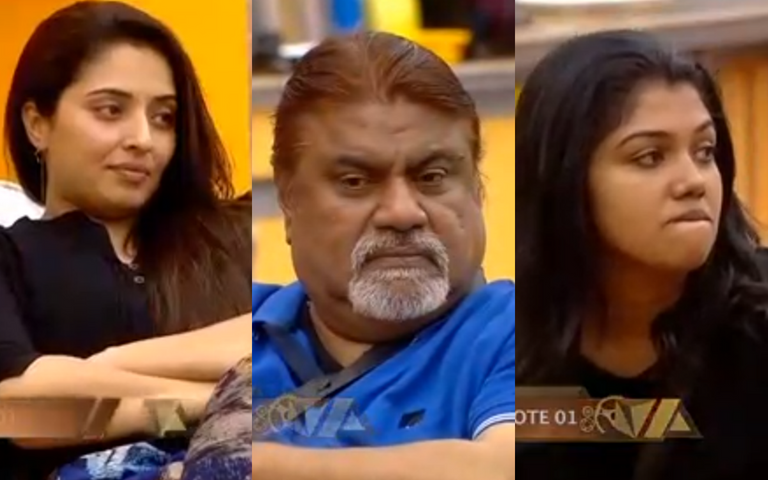 Suddenly, everyone's guards were up! Only the first three contestants to find hidden envelopes in the bedrooms will be eligible for the leader selection. Contestants were all fired up to be the first leader of the season.

Eventually, Janani Iyer, Mahat, and Mumtaz found the envelopes and started to make their manifesto to convince the others to vote for them. In the voting process, most contestants favoured Janani Iyer--making her the first leader of Bigg Boss Season 2.

As the leader, Bigg Boss instructed Janani to make sure that the important rules are obeyed at all times. Most importantly,
1. All contestants are required to change the batteries in their mic when low battery sound is heard
2. The villa and its contents cannot be damaged at any costs
3. Strictly no sleeping during the day
4. All tasks must be done with interest and excitement

Immediately, Janani started putting things in order by segregating everyone into cooking, dish-washing and cleaning teams. The day ended with an uneasy note when unexpectedly many voted out Anand, Mumtaz, and Riythvika in the nomination process citing their lack of interaction with the other contestants in the villa.

But, there is a twist! None of them were aware that there is actually no elimination in the first week. Let's see what happens when they find out!