The Open Dirty Secret of the Sold Brides in Haryana

India is well known for its barbaric practice of female infanticide (killing of baby girls) because of the reasoning that the girls are burden to their parents.

What that has done is a drop of numbers in the female population. With more sons to be married off but no women to marry them to and to birth their progeny, how are the families dealing with the situation?

In Haryana where there are more men than women, women are brought in to marry these men but it is done against their will, where they are kidnapped and sold to families who are willing to pay for them. But they do not live a life of love and respect, instead they are tortured and if their husbands dies before them, they do not have any right to his property because of their status as a 'bought bride' or 'Paro'.

In the last 12 years, Shabnam has had four husbands. Shabnam was barely 13 years old when a 'Didi' visited her home in Assam's Nagaon district. The 'Didi' convinced Shabnam to go to Haryana with her. She was told that it's a 'magical' place from where she could see the Taj Mahal, Red Fort, Qutub Minar and many other monuments.

Pregnant with her ninth child, she lives in her fourth husband's house. "He won't keep me for very long. As soon as I give birth to a boy, he will sell me off," she said.

She was bought from Assam for Rs 30,000 (RM 1,800) to keep the bloodline of 40-year-old Rahim going. After she gave birth to a girl, Rahim decided he didn't want her and sold her off to another villager. Shabnam has been sold four times. She has never seen the Taj Mahal or anywhere outside of Mewat as promised.

It is such an open secret in Haryana that no one bats an eyelid at it. Everyone is aware of the lack of women in the state and they see it as a 'logical' solution to their problem. The women are often shared among the brothers in a family, and that they are sold to other villagers.

Khan, 59, who is originally from Hyderabad, doesn't call herself a 'Paro'. "My husband went to Hyderabad and married me," she said. 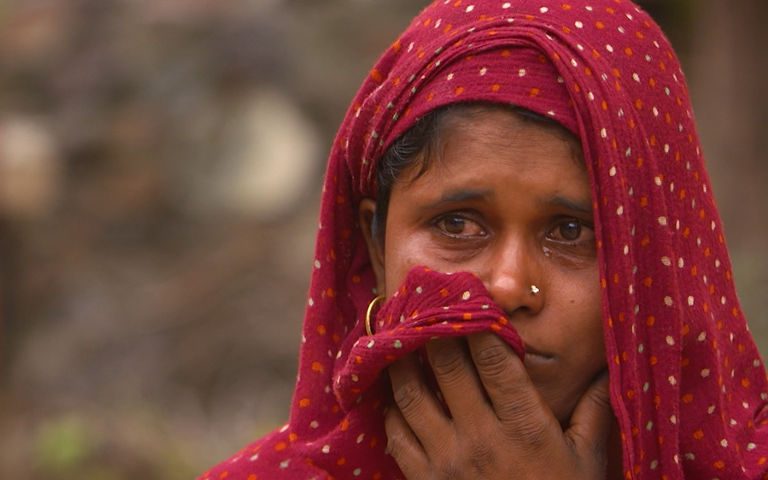 She also revealed that her brother-in-law had tried to sell her several times but she managed to thwart his plans. "Women are not safe here. We have to be very strong to protect ourselves," she said.

Her house in Ferozepur Namak village is where other Paros go to for help. "There have been times when about 20-25 women gathered here because their husbands were violent, or their family members tried selling or raping them," Khan said.

The 59-year-old activist is trying her best but even she admits that her efforts are not enough to put an end to it. "I have tried, but I can't do this alone. Men who are old, alcoholic, violent, or widowed don't find wives in Haryana. So they go to other states to find wives," she said.

"After living there for years they don't know where their family is. They are not aware of the outside world and hence, they are scared of asking for help. They feel this is their life and continue with it," said Rishi Kant, the founder of Shakti Vahini, an organisation that has been trying to rescue and rehabilitate trafficked victims since 2001. 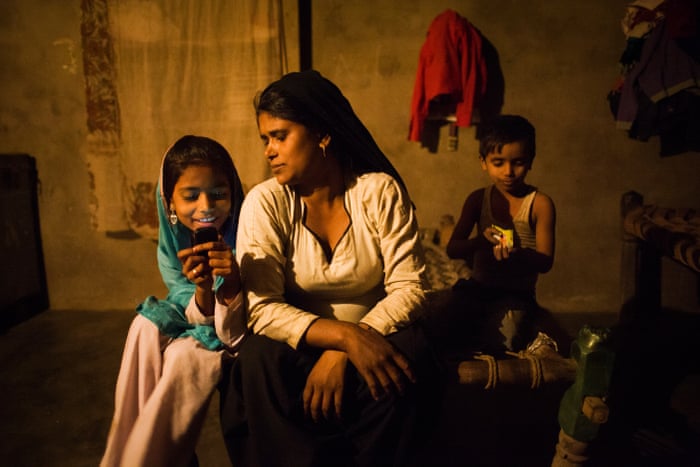 In Kiranj village of Mewat district, Bihida lives with her 11 children and her second husband. She hasn't been home in the last 25 years. She doesn't know if her parents are alive. She doesn't even remember their names.

Kant said that after living for a few years most of the women give up hope and try to make the best of their terrible situation "A lot of times they manage to escape," Kant said.

The activist said that 'Paros' are not treated with respect or as a wife. "Their job is to just run a family and produce kids, that's the only reason they are brought to Haryana."

He said that these trafficked brides are made to milk cows, learn a different language, wear a ghoonghat at all times and practically change their lifestyle for absolutely nothing in return-no love, respect, or rights. "They even force them to change their religion," he said.

He said women are brought in from Bengal and Assam because they usually have a lighter complexion. "They are willing to shell out up to Rs 1 lakh (RM 6,000) for fair brides. The valuation depends on the skin colour," he said. 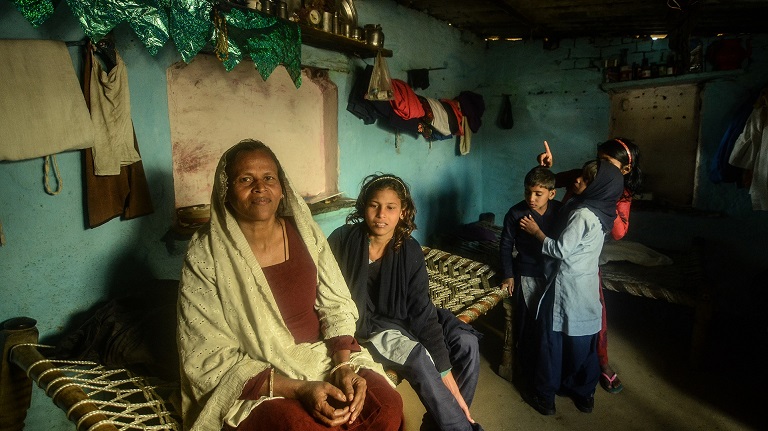 Dhakla village chief, Om Prakash Dhankar, doesn't believe that there is anything wrong about getting brides from outside of Haryana and sold to brothers in the same family. "Even Draupadi had five husbands," he said, justifying the common practice. He said even boasted that every third house has a 'Paro'.

Reena, who was brought from Tripura as a teenager, has no complains anymore.

She doesn't try to go back home because it would have been 'shameful'. "No one treats women well. If I went back after becoming a widow, I would be shamed back at home and here," she said.

"When my children were born, laddoos were distributed to celebrate my son. There was nothing for my daughter," she said almost crying.