mag
A grand and lavish Rath Yatra is organized in Puri every year for Lord Jagannath. The festival is organised because it's believed the god wishes to visit his birthplace in Mathura every year, and so the yatra is conducted to fulfill his desire.

During the Ratha Yatra, the idols of Lord Jagannath, his elder brother Balabhadra and sister Subhadra will be placed on towering chariots, which then make its way from the Jagannath Temple to the Gundicha Temple where it remains for 7 days before heading back. 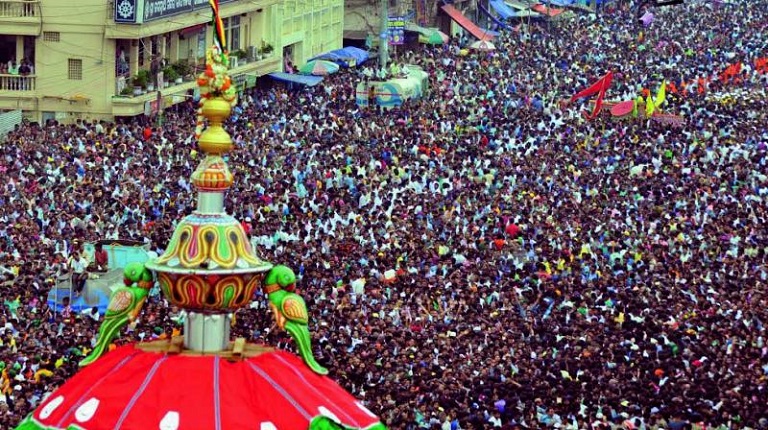 That day is celebrated as the Chariot Festival. Millions of devotees crowd the place to take part in this one of a kind event when the festival is conducted. This ancient festival is said to have been celebrated for over 1,000 years. 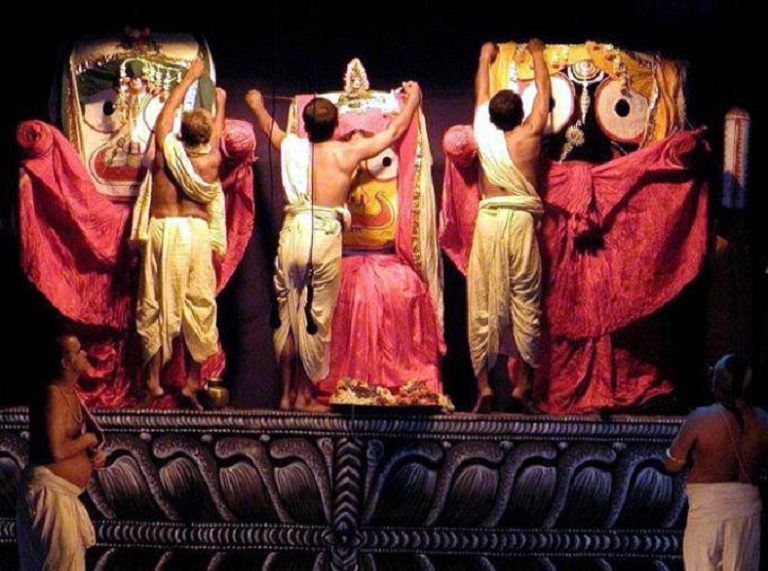 All the three idols at the temple are made from neem wood, which needs to be replaced over time, and there are a set of rules that have been followed over centuries to carve new idols.

According to scriptures, the neem tree wood which is used to carve the idols are handpicked in a procession called the Banajag Yatra.

In this yatra, priests, servants and carpenters set out from the Jaggannath temple in search of the perfect tree - a neem tree which has a specific number of branches, colour, and location.

The priests walk barefoot for 50km to the temple of Goddess Mangala at Kakatpur, where it's believed that the goddess herself, via dreams, guides the priests to the location of the perfect tree. Upon finding the tree, the carpenters then carve out the idols in a special place in the temple, known as Koili Baikuntha - where Lord Krishna himself is believed to have walked. 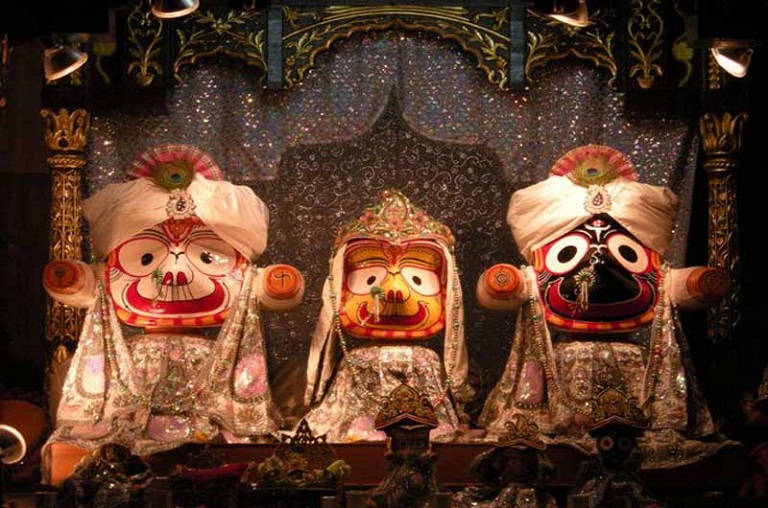 Another interesting fact is that the idol of Lord Jagannath is carved incomplete without any arms or legs - indicating the imperfection around us.

According to the legend, Lord Jagganath came to the dream of a King and instructed him to have the idol made, and said the work will not progress if anyone except for the carpenter looked at the idol before it was complete. The impatient King, however, took a peek and the idol remains incomplete to-date. 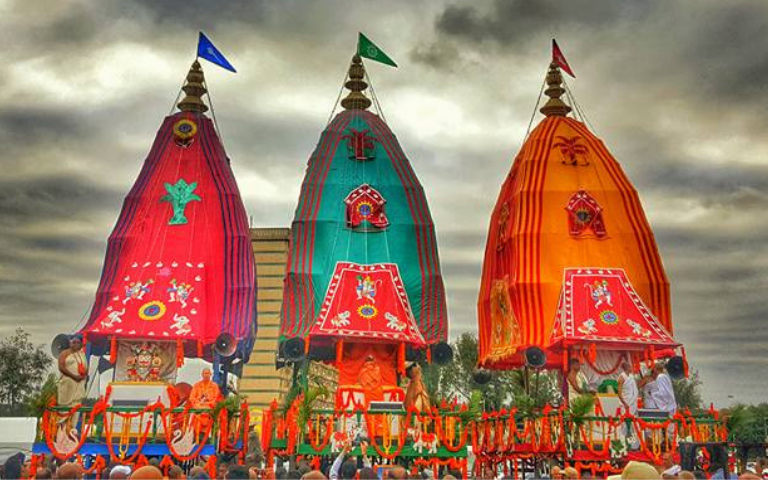 The process of carving out the new idols to replace the old is believed to symbolize reincarnation. The newly carved idols are placed opposite the old ones during the festival and the 'Brahma Paribartan' ritual is performed.

The Brahma Paribarthan ritual is also known as the 'changing the soul' ritual. It's believed that the soul and power from the old idols are transferred to the newly carved idol.

This private ritual is conducted by a blindfolded priest, who even has his hands and feet wrapped in thick layers of clothing to prevent him from feeling the power transfer.

The idols are then placed on their thrones, and the old ones are taken to Koili Baikuntha to be buried in a secret ceremony.

It is believed that anyone except for the priest who performs the ritual is bound to die if they witness this ceremony. Thus, the Puri government has ordered a full blackout on the day this ceremony is conducted. 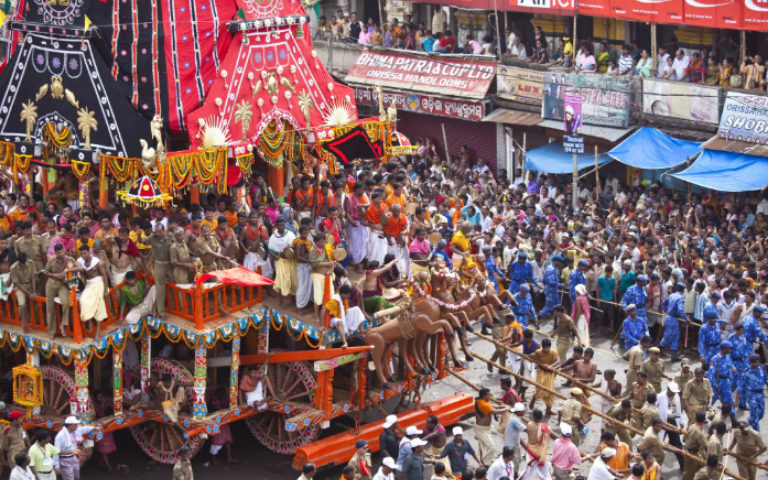 After the ritual is completed, the festival commences with flowers, garments and food offered to the deity during pooja. The idols are then placed in three huge chariots which are built from scratch, starting on Akshaya Trithiya.

Another ritual named Snana Yatra is conducted 18 days before the festival. During this ritual, the idols are given a ceremonial bath with 108 pitchers of water. After this ceremony, the idols are kept out of the public's view until the new moon in Ashadha Amavasya.

During the Puri Rath Yatra, the devotees don't worship the Lord at home but flock to the temple to get a glimpse of the idols.

The closing of the festival reenacts a scene from the lives of Goddess Lakshmi and Lord Jagannath. It is believed Lakshmi was angry with her husband for staying away for too long without informing or inviting her along, and shut the temple doors on him. He then persuaded her by giving her sweets and which finally persuaded her to relent and let him enter.