Every year, the Brahmaputra River turns blood-red for 3 days in the month of June...

Kamakhya Temple, located in Assam, India, is one of the 108 Shakti peeths. This shrine is located on a hill next to the Brahmaputra River, which flows through China, India and Bangladesh.

The river turns blood-red for 3 days in June every year and this event is followed by a grand 'Ambubachi Mela' celebration for the goddess Shakti.

But, why exactly does the river turn blood-red?

Legend of the Menstruating Goddess 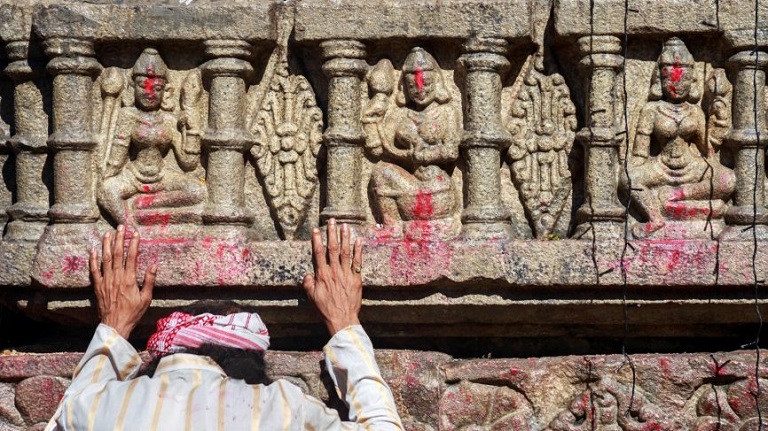 There is an interesting story which is associated with the origin of this temple.

As the legend goes, Shakti fought with her husband, Lord Shiva, and attended her father's great Yagna without Shiva's approval.

Unable to bear the insult, Shakti committed suicide. Furious, Lord Shiva placed Shakthi's body on his shoulders and began his tandav, the dance of destruction.

Lord Vishnu, who wanted to stop Lord Shiva from destroying everything, cut Shakthi's body with his chakra. Her 108 body parts that fell are called the Shakti peets and temples are set in these places for the goddess.

It is believed that the Kamakhya Temple is set in the place where Shakti's womb and yoni fell. 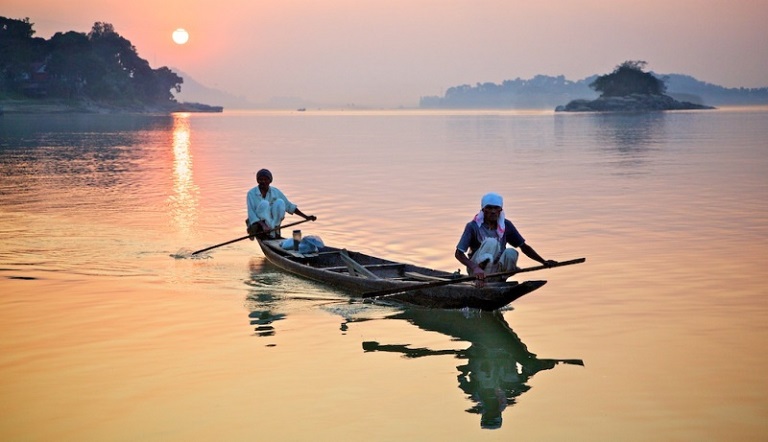 Every year, the Brahmaputra River turns blood-red for three days in the month of Ashaad (June). Devotees believe the goddess undergoes her menstrual cycle, and the temple is closed for the three days.

On the fourth day, the grand 'Ambubachi Mela' is celebrated, with millions of devotees pouring in to witness the festival.

Many say the water and soil are high with iron, which gives it its blood-like hue. Others say a type of red-algae grows in the water during this month.

The shrine is located on a hill which has Cinnabar deposits, a red rock known as Kamiya Sindoor. Sindoor is well known for its red colour, and some believe this is the reason for the colour change.

Even though there are many explanations as to why the water turns red, no one can explain its duration. It still remains a mystery on why it turns red for only 3 days! Learn more about this famous Shakti peeth here:

Why Are Women Forbidden From Entering Temple During Menses?