Regardless of caste or creed, millions of people flock to Sabarimala every year to offer garlands and irumudis, chant hymns to Lord Ayyappa, have holy baths in the Pampa River, and climb the eighteen steps with the hope of catching a glimpse of Lord Ayyappa, the Dharmasastha.

According to Mythology, Lord Ayyappa meditated after defeating the powerful demon, ‘Mahishi. Mandala Kalam or Mandala Masam is a 41- days period dedicated to the Sabarimala shrine. A pilgrim who's on his maiden trip to Sabarimala is called a Kanni Ayyapppan. As the Mandala Pooja Vratham 2022 begins on November 17 and ends on 27th December, Ayyapan devotees embark on the 41-days Vratham to fulfill their vows at Sabarimala Ayyappa Temple.

"Swami Ayyappan was born of the union of Brahma and Mohini, the female form of Vishnu. Therefore, Ayyappa is also known as 'Hariharan Puthran' or 'Hariharaputra,' which literally means the son of both 'Hari' or Vishnu and 'Haran' or Shiva. Aiyappa is also commonly known as 'Manikandan' because, according to the legend of his birth, his divine parents tied a golden bell (mani) around his neck soon after his birth. A legend goes that when Shiva and Mohini placed their baby (with his divine destiny) on the banks of the Pampa river, King Rajashekhara - the childless monarch of Pandalam - found the newborn Ayyappa and accepted him as a divine gift, adopting him as his own son." - Bhawani Cheerath Rajagopalan 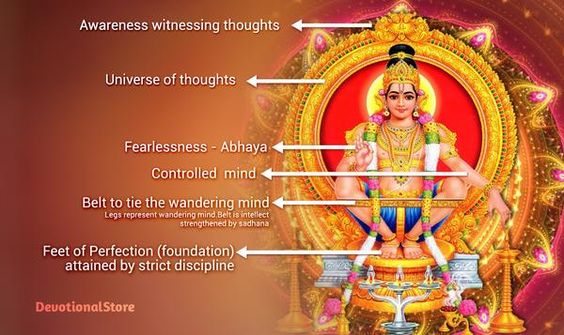 As the 41-day-long Vratham highlights the significance of abstinence and austerity, let’s delve into the rules that need to be adhered during this auspicious month.

Anyone can observe this Vratham irrespective of their social standing. However, only those who can sincerely abide by the rules mentioned below must attempt it.Significance of Mandalakala Vratham 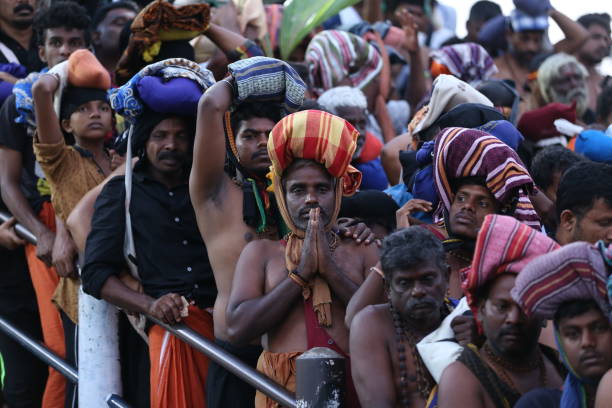 Well, what is sacred/tulsi mala all about?

As a prelude to the actual pilgrimage, the aspirant wears a beaded mala/garland of tulsi or rudraksha as a preparation for the pilgrimage to emphasise the renunciation of material temptations. The devotees begin wearing the mala on the first day of Vrishchikam.

Most devotees start wearing the mala on the first day of Vrishchikam. Wearing the garland on a Saturday or the day of the asterism of Uthram, right before the first day of Vrishchikam, will be seen as fortunate since it's believed that Dharma Shastha or Lord Ayyappan was born on the first Vrishchikam on a Saturday, with Uthram as the asterism. The occurrence of these three elements on the same day is a rare phenomenon. As a rule, the devotee receives his mala from a Guruswami, one who has been to Sabarimala repeatedly several times.

As he wears the holy mala around his neck, the pilgrim swears total allegiance to Lord Ayyappan, with whom he identifies himself completely. He surrenders his thoughts, words, and deeds to the powerful deity and begins to lead the austere life of an ascetic.