Selvakumar's Bittersweet Journey To Complete His PhD in Engineering

“My father was an ex-convict but he's the reason for me to pursue my PhD in Engineering."

Revathi
Life might be difficult and often unfair, but many inspiring people proved that no matter how difficult the circumstances are, it is still possible to get out of that situation.

Recently, the writer came across an inspiring story of a man named Selvakumar Mariappan triumphantly graduated with a PhD in Engineering from USM despite being confronted with many challenges.

But, what makes his story stand out is - besides hailing from an impoverished family, he still manages to strike a chord with thousands of people around Malaysia.

As cliche as that situation might be, let’s take a look at his inspiring tale of becoming what he wants!

From having a rough childhood, Selva doesn't have the privilege to grow up in an ideal environment and was brought up in a kampung rife surrounded by crime and drug cases.

Unfortunately, his father wasn’t spared from the wave of crime sweeping through the neighbourhood and soon found himself involved in a crime involving gangsterism.

“My father was an ex-convict and got involved in gangsterism during his young age due to his life struggles, which pushed him into a desperate state. 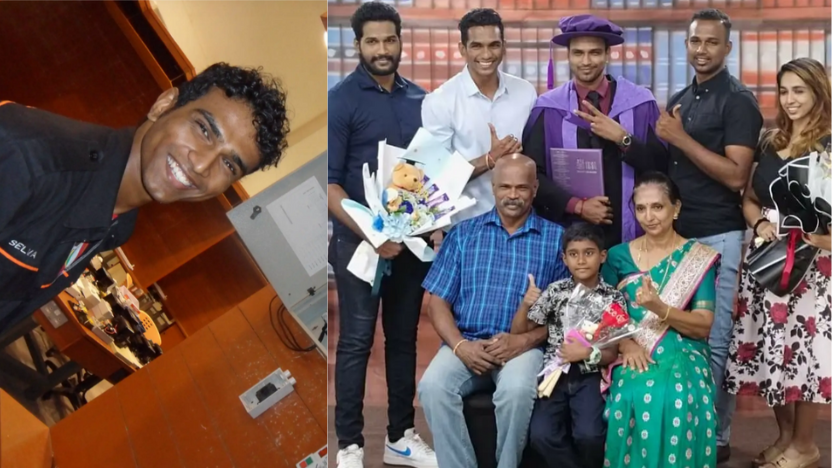 Selva's father never once abandons his family. He ensured that his children would never think nor follow his footsteps at any cost."

“He never failed to provide a better future for his family—especially us, his children. He consistently gave us what we needed to succeed in our life and never let us wander down a wrong path.”

He left his harsh life behind and secured a job as a laborer, and later, he joined as a security guard, said Selvakumar.

Speaking about discipline, Selva also recalled how his father often used harsh punishment to "push" him to perform well in his studies.

“He pounded the snot out of me while making me do homework during my homework (I hated that multiplication table). Even once, he told me that he didn't have the opportunity to have a proper education, which made him end up being the person he is today. I can still remember the day when (he never got past Std 3).”

Selvakumar took his father's advice to heart and put himself into his studies. Throughout his primary and secondary school stage, he earned straight As in the major exams. Then, he furthered his studies at Universiti Tenaga Nasional (UNITEN) to pursue mechanical engineering.

Unfortunately, UNITEN didn't even offer loans for foundation courses which prompted him to withdraw from the course.

Shortly, Selvakumar received a scholarship offer from Universiti Teknikal Malaysia Melaka (UTeM) to pursue a diploma in electrical engineering. He accepted the offer without hesitation and proceeded to apply for JPA scholarships since he didn't want his excellent SPM scores to be wasted.

When everything seems to be going fine….

Being naive and away from his family made Selva’s life extremely difficult. He was able to earn a CGPA of 2.83 since he struggled to adapt to the new environment and dealt with personal issues.

“During my 1st semester, I did terribly for the Electric Circuit subject, where I obtained a D grade,” he said.

There was a moment when Selva went blank during the final exams.

Out of nowhere, he raised his hands and handed over the paper back to the professor. Upon looking at his paper, the professor asked whether he managed to answer all the questions. When he said NO...

The professor questioned his father’s occupation, and when he said that he was working as a security guard, he said: 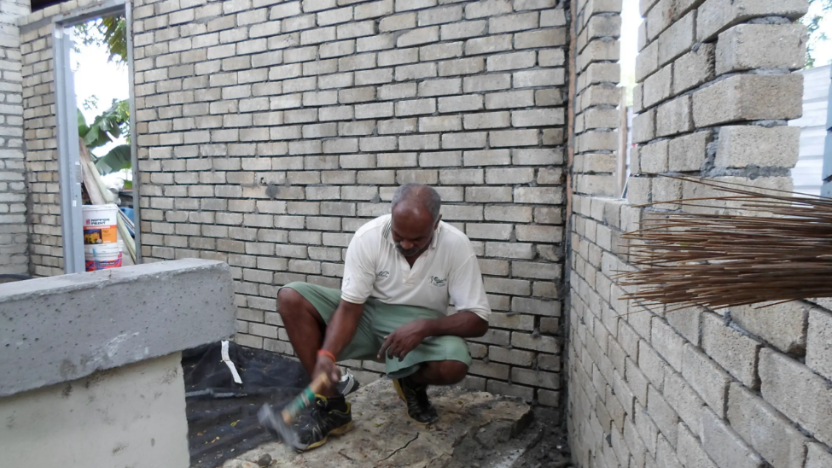 And it was precisely the message that he needed to hear to rekindle his enthusiasm and focus his academic endeavors.

Keeping that in mind, Selva finished his Diploma with a CGPA of 2.84, which was regarded as average by his standards. He had decided to continue his education regardless of what would happen.

Then he applied at UTeM to keep working for his degree but was instead moved to the technology engineering faculty. Instead of giving up, he was still able to get a 3.91 CGPA and complete his degree.

Upon completing his studies, Selva was confronted with another hurdle which is finding a job. While doing so, he was given a chance to continue his PhD studies at USM and awarded with scholarship as well.

“Although I was selected for the project, the journey was a rollercoaster ride for me. I was turned down for the fast-track program and required to attend a board interview to be considered for the job. Despite having a stellar CGPA, I was informed that I would be only considered if I had attended USM or UM, he stated.”

Selva was informed that he couldn't commence his research until he began his Master's study and converted it into a PhD project, which added another level of bureaucracy.

"I tutored students and used the pocket money to pay for travel and meals. When the research started, I managed to publish three papers in a year and converted my MSc to PhD after attending a mini-viva for conversion.”

Having completed his PhD studies in October 2021, Selvakumar is currently working as a Senior Lecturer at USM. He credited his supervisor Dr. Jagadheswaran as "the one who made me who I am today."

By placing his father's name on the PhD certificate rather than his own, Selvakumar gave his father the greatest honor that any parent could ask for.

Asking for a piece of advice that he wished to give to the millennials and Gen Z:

Never allow others to completely undermine your goals or induce complacency in you. Never doubt your purpose. Why not give it a try and see how much you can accomplish?

You're such an inspiration, Selva! Thank you for showing us nothing is impossible in our life.