Shalini: It Was Not Love At First Sight

Who's the inspiration and motivation for Shalini's success?

Shalini Balasundram is a multi-talented woman who is a cheer inspiration to all. She's an aspiring actress, scriptwriter, producer and director who's created a name for herself in the Malaysian movie industry.

Her movies - Geethayin Radhai and Thirudathey Papa Thirudathey, as well as her telemovie Rail Payanangal, all did well and became among the most talked about projects in town. But who's the inspiration and motivation for Shalini's success? It's her husband Sathish Natarajan, whom she met at the age of 18.

Shalini who grew up watching movies always wanted to become a movie maker herself.

To chase her dream and to make it a reality, she joined the Limkokwing University of Creative Technology to pursue her foundation in Designing and then, a degree in Creative Multimedia.

During her second semester, she was invited to the university's cultural meeting, and that's when she met Sathish for the first time. It was definitely not love at first sight for them both. 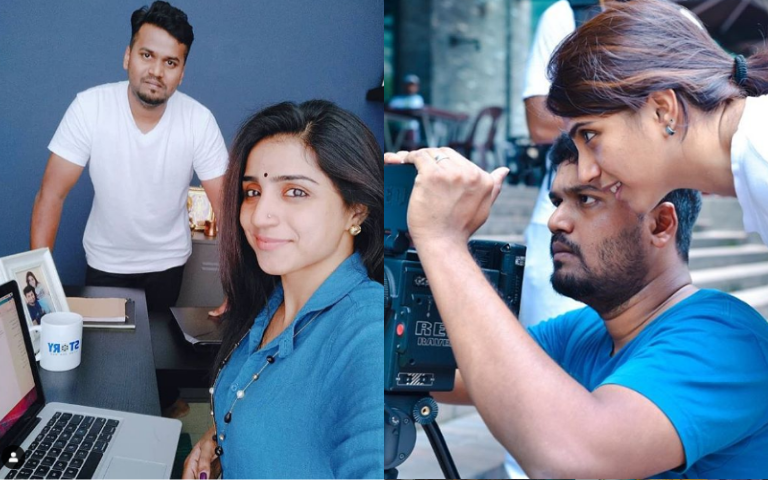 The group had another meeting again after several weeks, where they shared their passion and that's when Shalini noticed herself falling for his charms.

The more she realised that they shared the same interest and goals, the more she fell for him. But she didn't want to make things obvious then.

Weeks passed and a friend told her that Sathish was looking for her regarding scriptwriting. They met each other, had a casual chat and from there onwards started bumping into each other every now and then.

Over time, Shalini's feelings for him became obvious and while they were watching a movie at their campus, he suddenly confessed that he would marry her in 3 to 4 years, after their graduation.

"I took that as a proposal, but when we talk about what happened then, he will never accept that he proposed to me first," she laughed. 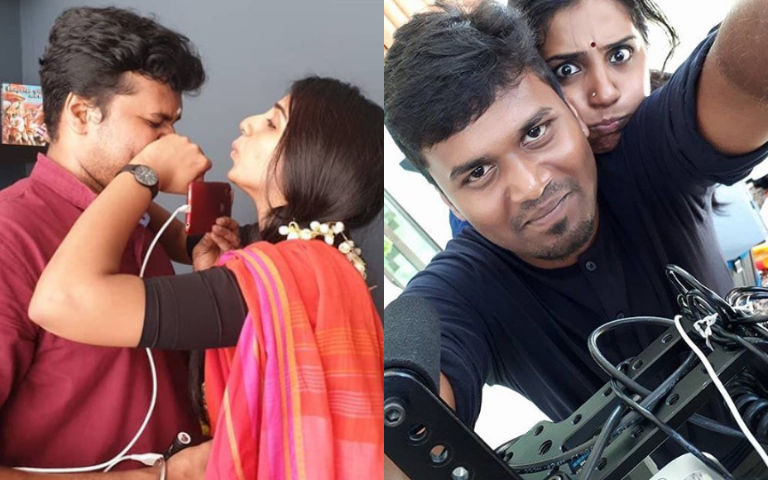 The couple survived 6 long years as a couple and tied the knot 2 years ago with the blessing of their family.

"He's the one who should receive all the praise and credits for my success, as I couldn't have done anything without having him by my side," says the gorgeous actress.

Now, the couple is working on their next movie titled 'Pulanaivu'. Let's wish the loving couple success in their upcoming and future projects!
#People#Malaysia#Celebrity

Roshan Harikrishna may be only six, but he has already secured a place in the Malaysia Book of Records for naming 195 capital cities in just five minutes!

Actress Trisha Opens Up About Her Struggle with Covid-19

Actress Trisha who has been tested positive for Covid-19 spoke about her experience battling the virus!

Suriya and Jyothika Take an 'Ayurvedic' Break in Kerala!

Kollywood's star couple Suriya and Jyothika recently spent three weeks in Kerala and gave us a glimpse into their rejuvenating holiday!

Malaysians have truly risen to the occasion in the days after the devastating floods across the country.

Omicron: Where We Stand Now

Two weeks since the first case of the COVID-19 Omicron variant was announced in the country, this is where we stand now.

Actress Sayyeshaa's shares a loving post for Arya on his birthday! Check it out...