Read on to know how you take on the Kaasi-Rameshwaram Yatra!

mag
Visiting the holy city of Varanasi and taking a purification bath in the Ganges river is a dream come true for many Hindus around the world.

Varanasi, also known as Kaasi, is a top pilgrimage destination in Uttar Pradesh, North India.
But it’s believed that a trip to Kaasi is incomplete without a pilgrimage to Rameshwaram, a destination 3,200km away in South India.

Here's how you take on the Kaasi-Rameshwaram Yatra: 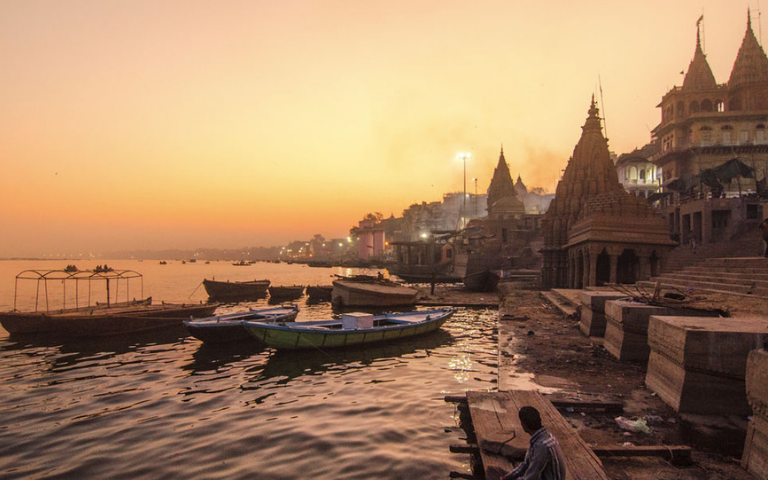 It’s said that the Kaasi Yatra should begin and end in Rameshwaram.

Rameshwaram is a famous pilgrimage destination in South India, about 50km from neighbouring Sri Lanka. It’s believed that Rameshwaram is the place Rama and his monkey troops built a floating bridge to Lanka.

According to the legend, Rama and Lakshmana battled the evil king Ravana who held Rama's wife Sita captive. In the end, Rama won the battle by defeating Ravana.

However, Rama took many lives during the battle, including King Ravana’s, and wanted to get rid of his sins. He created 22 wells to take purification baths in; these are now known as 'Agni Theertham'. Many people still visit Rameshwaram to bathe in these wells, as the waters are said to have medicinal properties.

Rama entrusted Hanuman to bring a Shivalinga from Kaasi. However, as it was getting late, Rama completed his prayers by worshipping a linga Sita made out of sand. Hanuman returned with a Kasi Vishwanathar Linga from the North, which is still found in the Rameshwaram temple today.

Devotees usually take a purification bath in Rameshwaram and go on a pilgrimage to Kaasi with the Agni Theertham and sand from Rameshwaram. The devotees pray at Rameshwaram to gain prosperity in life. 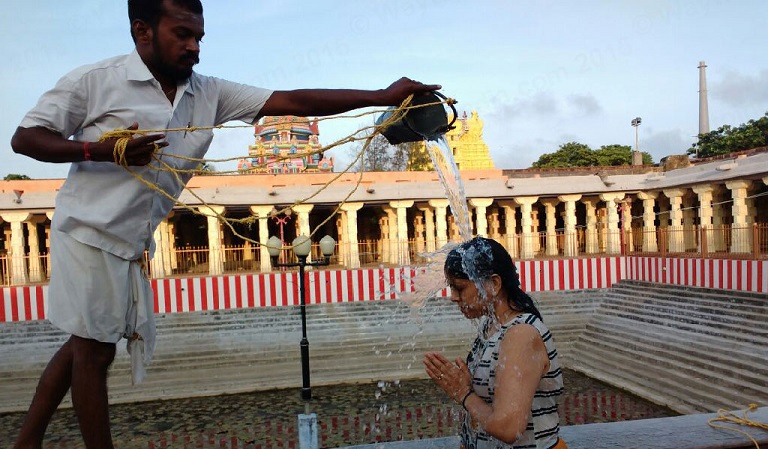 Kaasi Vishwanathan Temple is an ancient Indian temple located on the banks of the holy Ganga River.

Out of the 12 Jyothirlingas located in India, two are enshrined in the Kaasi and Rameshwaram temples.

The Ganga River is known to be among the most important holy sites in Hinduism; it’s mentioned in Vedas, Puranas, the Ramayana and also the Mahabaratha. There are many legends tied to the Ganga, which is said to have originated in heaven.

Varanasi is also a famous cremation site as many believe that death in Kaasi is very holy and that the person won’t have to be reborn again.

Devotees who take on a Kaasi Yatra will take a bath in the Ganges river to purify themselves, immerse the sand they brought from Rameshwaram into the river and bathe Kaasi's Jyothirlinga in the Agni Theertham.

It’s believed that devotees pray in Kaasi to get liberated and to get moksha upon death. And to complete the yatra, the devotees then return to Rameshwaram with a pot of holy water from the Ganga to bathe Lord Rameshwarar.