These Educators Created An App To Cultivate Reading Habit

These Educators Created An App To Cultivate Reading Habit

This is what a group of educators and teachers in Perak are hoping to achieve, with the launching of a mobile app aimed at encouraging reading habits among children.

The app, called Arunthagai (Extraordinary), was launched on Feb 9 on the Google Play Store for free, and so far, has garnered over 300 downloads and a 4.67 rating over 5 stars.

The Tamil school functioned as the launching pad for the app, which contains multilingual essays and stories to encourage students to take up reading, while at the same time, develop their information and communications technology (ICT) skills. The languages are Tamil, Bahasa Melayu, and English.

"Kids nowadays are spending more time on their gadgets, rather than on books. The idea to launch this content came after (former) Education Minister Maszlee Malik launched the National Reading Decade (DMK) programme last December. 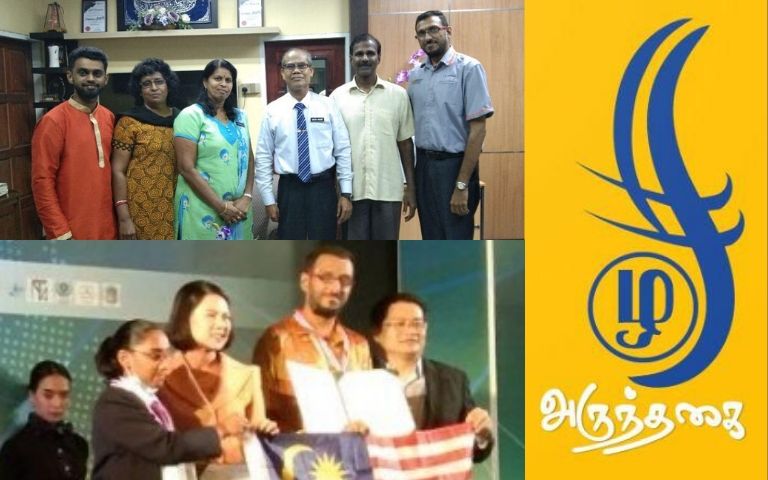 "We married the DMK idea with the NILAM program, which is an intensive reading program implemented in schools nationwide, to conceive the app," Thanesh told Astro Ulagam.

According to him, the app is not only student-friendly, but can also be used by teachers and adults, including parents, alike, as both contributors and consumers of essays and stories.

Apart from Malaysia, the app has also been downloaded by users from Singapore, India, and the United Kingdom, added Thanesh.

The benefits of Arunthagai, Thanesh said, was that it enables students to access a wider range of interactive content - some of which may be outside the school syllabus, at their own pace, and independently, without any cost.

The team behind Arunthagai won several medals, including several golds, in the 2020 Bangkok International Intellectual Property, Invention, Innovation and Technology Exposition (IPITEx 2020), held between Feb 2 and 6 in Thailand, for their invention.

Thanesh said that the reception towards the app has been positive so far.

"We hope to reach 1,000 downloads soon, and we also want more users to contribute content to the app," he said, adding that the team is also looking to adapt the app further to be used nationwide, and at the Asean level, in the near future.

Meanwhile, they are also working on the development of a second app for secondary students.

Catch the interview with Thanesh and his team on Vizhuthugal, on Vaanavil (Ch201) and Vinmeen HD (Ch231), on Friday at 9.30am.

Did Comedian Vivek died because of the COVID-19 vaccine? Here's what the report says...