Vicran Elanggoven's journey as an actor is fairly new, but isn't stopping him from pursuing it as a full-time career.

Vicran Elanggoven's journey as an actor is fairly new, but that isn't stopping him from pursuing it as a full-time career. Catch our interview with him just before the nominations of MICA Awards 2019 were out. And yeah, he's nominated as well. Read up:

How did you enter the industry?
It was very sudden. I actually joined Chakra Sonic first in 2010 and someone called Bullet Benjamin taught me everything I needed to know. After that, I partnered with Karnan Gcrak and started producing independent music.

How did the transition happen, from making songs to acting?
It was Karnan who first started acting in short films. Inspired by him, I did a short film with friends before going to Singapore in 2016 to act in a serial called Annamalai. 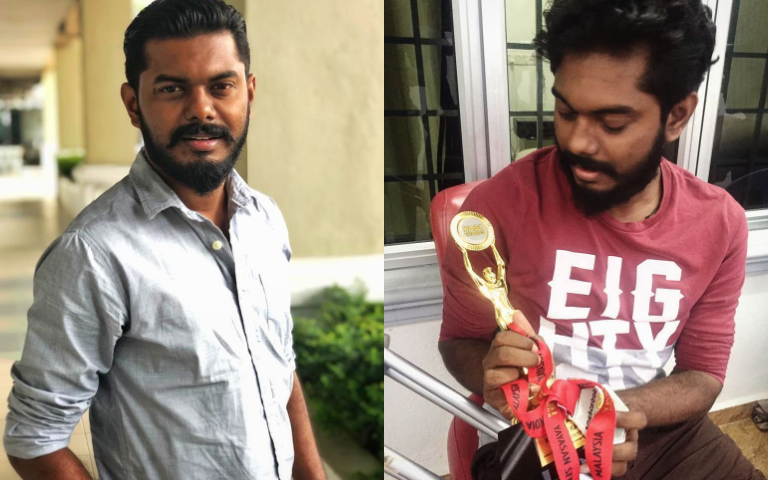 Right after I got back to Malaysia, Shalini Balasundaram offered me and Karnan roles in her first feature film Geethaiyin Raadhai. After the success of the film, I received an offer to act as the main lead in Jhangri. Right now, I'm working on 3 films. What are the challenges you faced when you first started your acting career?
If you ask what's the main challenge, I would definitely say paying up your bills every month. Sometimes there won't be any project. Even if you get some projects, the payment might be very low. But since I love doing what I do, I'm surviving.

What are your future plans?
I wanted to write a story and turn it into a short film. I wish to see my name at the end of the film, as the story writer and director. What's the reason behind Malaysians' lack of support for local Tamil films?
Of course, Kollywood is playing a big role in this. Growing up, people got used to watching good-quality movies from Kollywood and their expectations are high. Even I was inspired to act and produce music after watching Kollywood movies. There's nothing wrong in comparing. Only if we set our standards high and mix a little Malaysian flavour, will our films succeed among our movie-goers.

From a comedian to hero, how did you find the confidence?
Who said I was confident? I was afraid and even many of my close friends didn't believe I could pull it off. They gossiped that I only received the opportunity because of the producer, not because of my talent. But that's not true. Actually, I wanted to do the hero's friend role in the movie, however, my director Kabilan convinced me to break my barriers and take on the challenge.

If you would like to watch his full interview, stay tuned at this space on Astro Ulagam! Vicran has been nominated in MICA Awards 2019 that is happening on 22nd May. Don't miss the opportunity to meet them at the HGH Convention Hall, Sentul. For Gala Dinner tables, entry passes and invitations public may contact 019 2240 999 or visit www.micaawards.com for information.