SIDAMBARAM, Kirthiga
Have you ever wondered why Hindus perform 'Griha Pravesham' or house warming rituals every time they start living in a new house?

According to our elders, moving into a new or newly-renovated house on an auspicious day will bless the residents of the house with good luck and prosperity.

However, if they fail to look into the astrological charts and unintentionally start living in a house on an inauspicious day or a Tuesday, it's believed that bad omen may fall upon them. 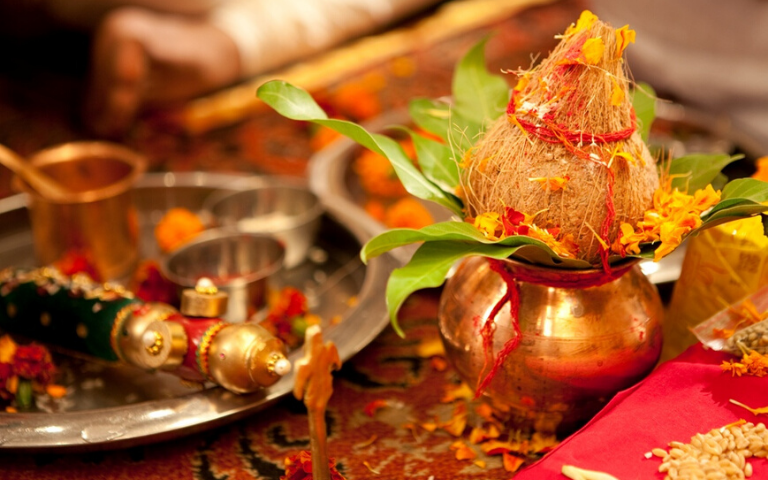 Usually, a Hindu priest is consulted for the best day to move into a house and that too, after performing a series of Hindu rituals to ward off any negativity and create a positive vibe in the house.

So, what are the ceremonies Hindus typically perform during the 'Griha Pravesham' of their house?

The ceremony begins with a 'Vaastu Pooja', performed before entering the house.

The man and lady of the house play an important role in the 'griha pravesham' rituals. Before the start of the ritual, a copper pot consisting of water, 'nava dhanyam' (nine types of grains) and a rupee coin is adorned with a coconut on top. A red cloth known as the 'moli' is tied around the coconut. This part of the ceremony is known as the 'Vaastu Shanti'. A 'homa' is performed to lessen the damaging influences of the astrological planets and generate a positive atmosphere in the house. After the pooja, the priest is usually presented with a feast and fees ('guru dakshina') for completing the 'griha pravesham'.

While these two rituals are fundamental, there are several other poojas like 'Ganpathi Homa' or 'Lakshmi Pooja' that a family might perform if they wish to reap more benefits on that day.

If you want to know more about the other types of poojas carried in Hindu households, let us know in the comments.