Why The Woman Accused of Killing Adelina Was Released

Adelina Jerima Sau was an Indonesian domestic worker who was hired to work with a Malaysian family, without proper documentation.

Besides not getting paid for over two years, she was brutally abused and tortured by her employer.

Sau, who was just in her early 20s, was rescued from her employer's home in Penang when a neighbour spotted her sleeping next to a dog in the home porch for over a month.

Her face was covered with bruises and her arms and legs were covered with burn marks and injuries. She was forced to sleep outside as there was pus oozing from her injuries.

Sadly, though Sau was rescued, she succumbed to her injuries within a day and died due to multiple organ failure at the Seberang Jaya Hospital.

Her death was among the most high profile migrant abuse cases in Malaysia and caused tremendous public outrage.

The abusive employer, 59-year-old Ambika M.A. Shan, was arrested for murder, and her 32-year old daughter R. Jayavartiny was charged with hiring a maid without a valid work permit.

The shocking turn out 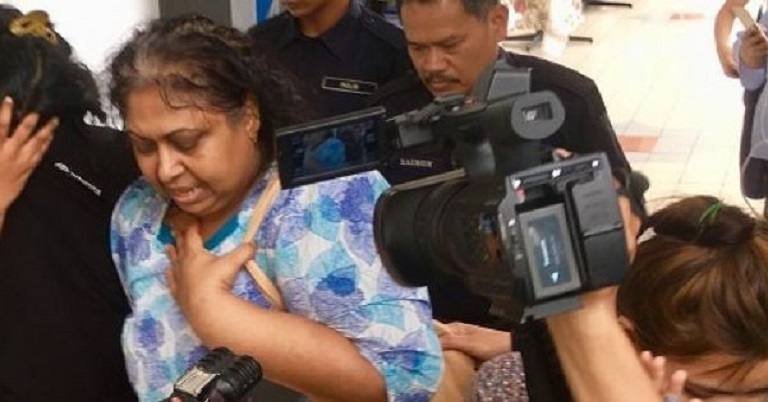 Sau's mother made a public cry for justice for her daughter, and received massive public support.

However, a year after Sau's death, the case took a shocking turn when the court let the accused walk free.

The hearing which was originally fixed on 19th April 2019, was brought forward a day earlier without the knowledge of Sau's family or representatives.

The accused was granted full acquittal, a decision which has received huge backlash from both Indonesians and Malaysians. The public then took social media to show their dissatisfaction via #JusticeForAdelina:

? URGENT: Where is JUSTICE for Adelina? Adelina Sao, 21, was found sleeping with the dog outside her employer's home, her body covered in burn marks. She was rescued, but died of organ failure. Yesterday, her employer was acquitted. We are outraged. Where is #JusticeForAdelina? pic.twitter.com/jMe9d7CqEH

? URGENT: Why is her abuser free? - Malaysians demand justice for Adelina

Please sign the petition, share and use the hashtag #JusticeForAdelina to mount public pressure. We want transparency, we want accountability, we want justice for Adelina. https://t.co/2RADdNRIGl

Two months after the Ambika M.A Shan was given a full acquittal over the murder of Indonesian maid Adelina Sau, the reason for the acquittal has been revealed.

Ambika was acquitted after her lawyer cited Section 254 (3) of the Criminal Procedure Code and urged the court to take into account her age and deteriorating health.

"The accused Ambika is over 60 years old and has several health issues and the court has given priority to that matter," said Penang High Court judge Akhtar Tahir.

The government has filed an appeal and the case will be heard on 12th July 2019.

Canadian Province Quebec to Impose 'Health Tax' on the Unvaccinated

The Canadian province of Quebec will start imposing a "health tax" to residents who choose not to get vaccinated against COVID-19, its premier has announced.