Who’s Xavier and Why Are His Hilarious Banter Memes Being Enjoyed By Everyone?

Living in a world where we forget to smile, a mystery man, namely Xavier - emerged as a savior in everyone’s life by being more than a comedian and meme creator.

Living in a world where we forget to smile, a mystery man, namely Xavier - emerged as a savior in everyone’s life by being more than a comedian and meme creator.

Yes, you read that right!

So, who’s Xavier? Here is the story…

A mystery man is ruling the social media platforms such as Facebook and Twitter by posting a few hilarious savage comments. The photo used by the name of ‘Xavier’ was originally used as ‘Pakulu Papito’. But the actual identity of the person in the picture has not been identified to date.

The user @pakalupapitow began tweeting humorous comments in the year 2013, and individuals from all over the world have been quite intrigued by his posts. The guy also created a Facebook account and started reposting his tweets there.

Since then, many anonymous users have created Twitter and Facebook accounts using his name and posting funny tweets. And the username Xavier is one of them.

Although such jokes are welcomed in such days when politically divisive stuff is ubiquitous on the internet, he is not offensive. Without being worried about offending anyone, individuals who have opposing ideas will chuckle together!

Let’s take a look at some of his savage comments which made us laugh till our stomachs hurt. 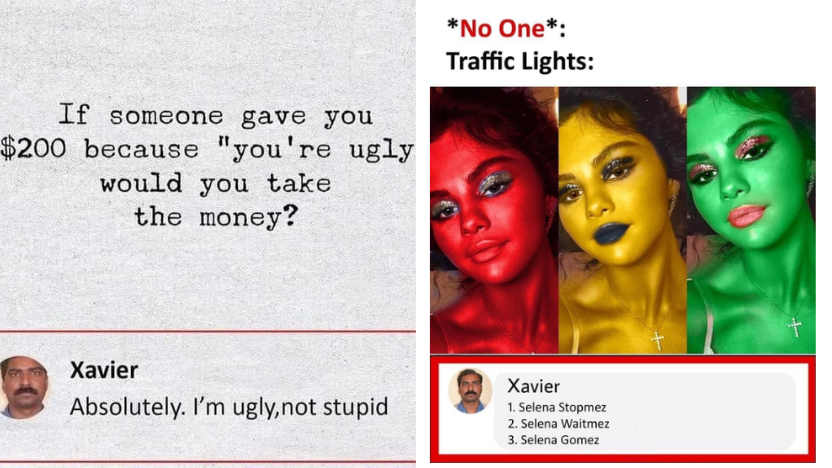 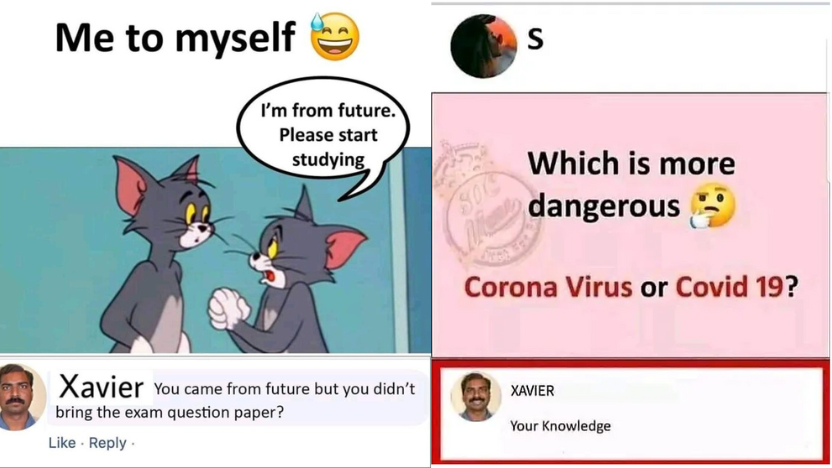 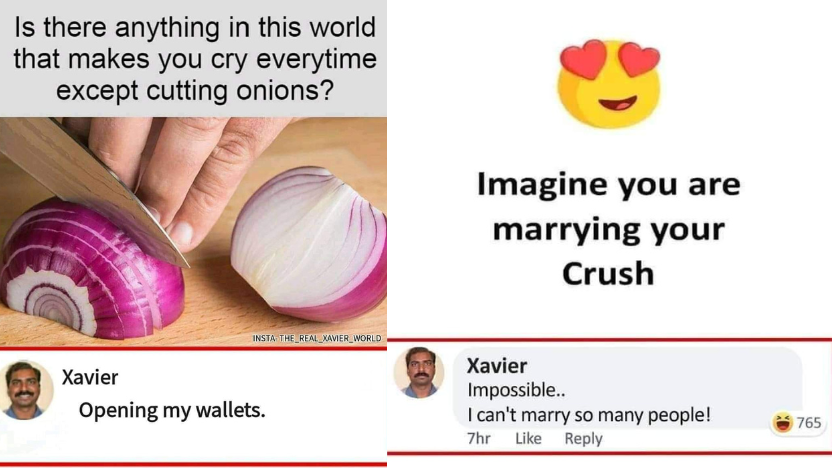 PS: We are still unsure who’s the real XAVIER to date but let’s enjoy reading his comments and memes as when we scroll our social media platform.