World-Famous 'Thirukkural' to be Featured in Cambodian School Textbooks

Thirukkural will be incorporated in Cambodian school textbooks!

In a recent press meet at Chennai, representatives of the Cambodian government and Pannattu Tamilar Naduvam announced that students in Cambodian schools will learn Thirukkural as part of their syllabus.

The ancient text written in Tamil will be first translated to Cambodia's official language, Khmer, and then incorporated into Cambodian school textbooks.

Thirukkural, written by a revered Tamil poet and philosopher Thiruvalluvar, consists of 1,330 couplets or Kurals (two-lined poems) outlining the fundamental virtues of an individual. Also known as 'Ulaga Podhumarai' (universal code of life), it is one of the oldest Tamil classic texts and one of the most translated non-religious literary works in the world. 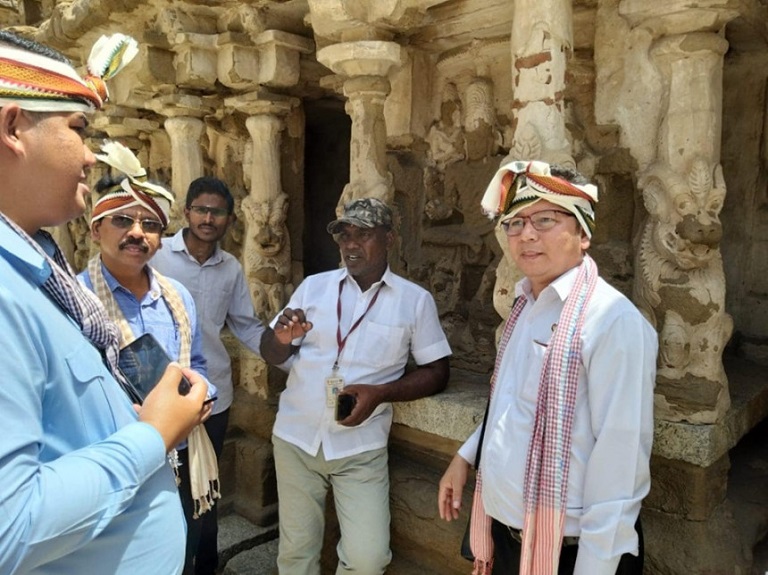 Back in June 2019, Cambodian representatives visited Tamil Nadu to explore the ancient temples of Kancheepuram, Chidambaram, Thanjavur, and Mahabalipuram. The purpose of their visit was to discover solid evidence of a historical link between the Pallava dynasty of India and the Khmer dynasty of Cambodia.

Following the visit, the Angkor Tamil Sangam and the Pannattu Tamilar Naduvam initiated plans to install statues of Tamil king Rajendra Chola and Khmer king Suryavarman I in Cambodia in 2022. The statues symbolise the centuries-old friendship between India and Cambodia.

How Can Hindu Youths Celebrate Deepavali?

Deepavali represents the conquest of good over evil. During the festival, lamps are lit in every home and that is why Deepavali is also known as the 'Festival of Lights'.

Elderly Blessings: Reason To Touch Their Feet On Deepavali!

It is a custom or a common practice to touch the feet of an elderly person especially parents and grandparents on Deepavali.

These are seven chai-flavoured desserts you can try to do this Deepavali if you really like tea.

The Death of Naragasuran is Not the Reason Why We Celebrate Deepavali?

What is the actual reason behind celebrating the Festival of Lights? Read on here...

Why Did This Video of Nayanthara Buying from a Street Vendor Went Viral?

A recent video of Nayanthara bargaining with a street vendor captured many hearts! Here's why...

Metti Oli Bhavani talks about Uma's biggest dream in life before passing away.